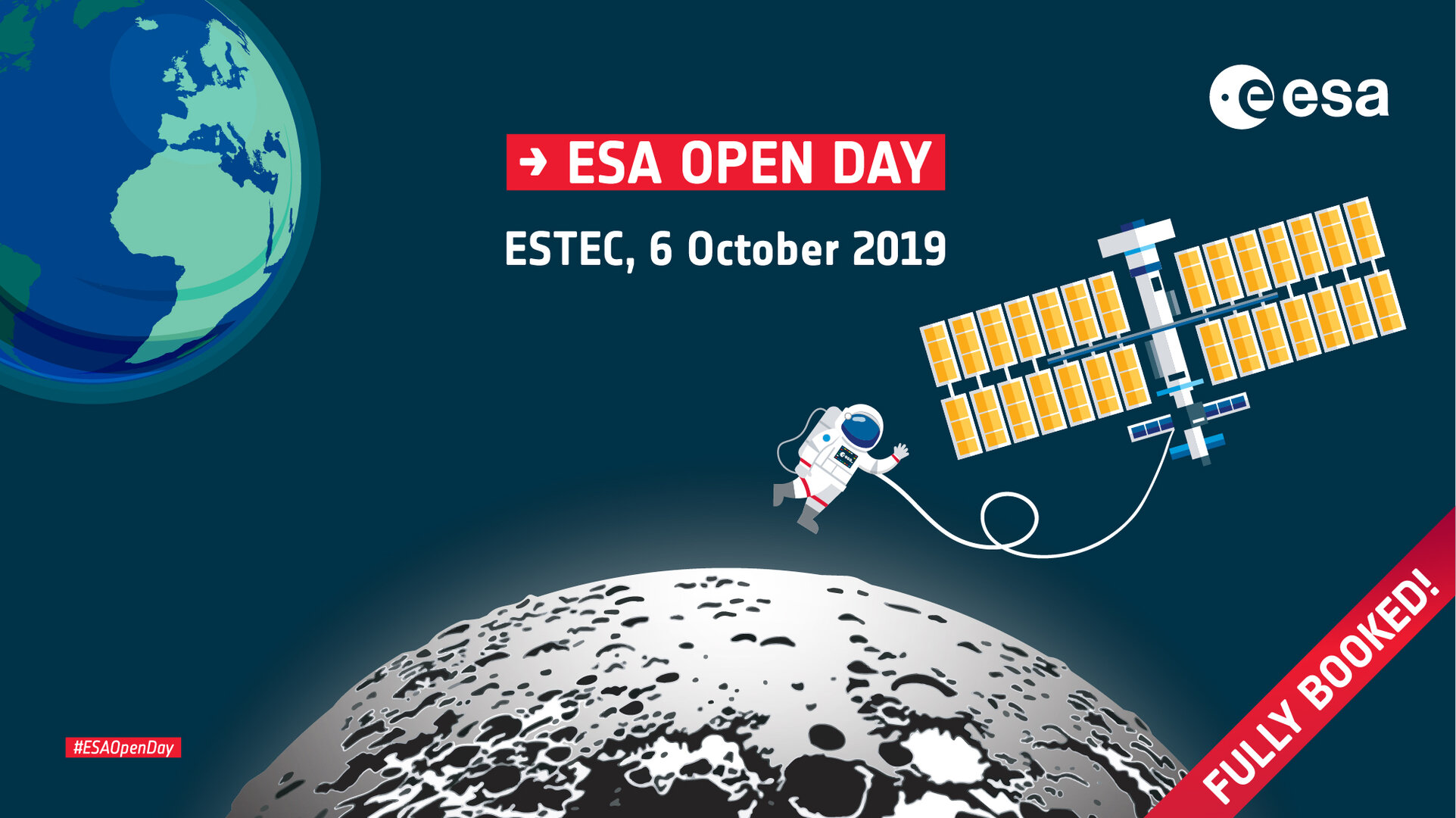 Come to ESA’s technical heart this October to meet veteran Apollo astronauts and hear from engineers designing future European missions to the Moon. This year’s ESA Open Day at ESTEC in Noordwijk, the Netherlands, will take place on Sunday 6 October – everyone is welcome.

To commemorate the 50th anniversary of the first lunar landing and plans for return there in this coming decade, the theme of this year’s Open Day is ESA to the Moon.

To tie in with this theme, we are happy to announce that our confirmed guests on the day include Apollo 7 astronaut Walt Cunningham, who flew on the first crewed Apollo mission; Apollo 9 astronaut Rusty Schweickart, first pilot of the Lunar Module and who tested the first lunar EVA suit, and Dutch ESA astronaut André Kuipers, who has flown two missions to the International Space Station.

With 22 Member States, ESA is the space agency for Europe, working in every aspect of space activities, working with people and organisations all across our continent and beyond.

Our Open Day is hosted at ESA’s ESTEC technical centre, but you can come here to see space science and technology from across the Agency – from astronauts to Earth observation, spacecraft control to satellite testing.

Visitors are free to explore ESA’s largest establishment at their own pace, learn how we simulate space on the ground, plan future missions, try out hands-on activities and exhibits and join Space Talks by astronauts and space experts.

ESA to the Moon

Global celebrations of Apollo’s achievements has made this the year of the Moon. These historic human landings marked a highpoint in humankind’s ongoing fascination with our natural satellite, which began with ancient myths and legends, and extends to this day.

The samples collected during Apollo, together with follow-on Moon missions, have transformed scientific understanding of our natural satellite, conclusively showing there is water ice at the lunar poles, and demonstrating the Moon may have been geologically active until comparatively recently.

The result is that the international community has turned its attention back to the Moon as a destination for exploration, and eventually settlement.

ESA is contributing the service module to NASA’s Orion, the spacecraft that will return humans to the Moon as part of NASA’s Artemis programme, and is collaborating with all the International Space Station partners on the Lunar Gateway, a station around the Moon to act as a base for both robotic and human explorers.

ESA is also working with Russian space agency Roscosmos on future Luna missions, contributing landing systems and science payloads, including a drill to search out water ice and other chemicals under the surface.

ESA is leading an ambitious mission to return samples from the lunar South Pole, called Heracles, in development with Japan’s space agency, JAXA, and the Canadian Space Agency. Another proposed ESA mission, Lunar Pathfinder, is being planned with European industry for lunar orbit. Further ahead, ESA’s Director General Jan Wörner has proposed a ‘Moon village’ as a model for cooperative international lunar settlement.

The Open Day typically attracts upwards of 8000 visitors per year – but to ensure a great experience for all who do attend, you will have to register in advance. Registrations will be free of charge, and open from 30 August onward.