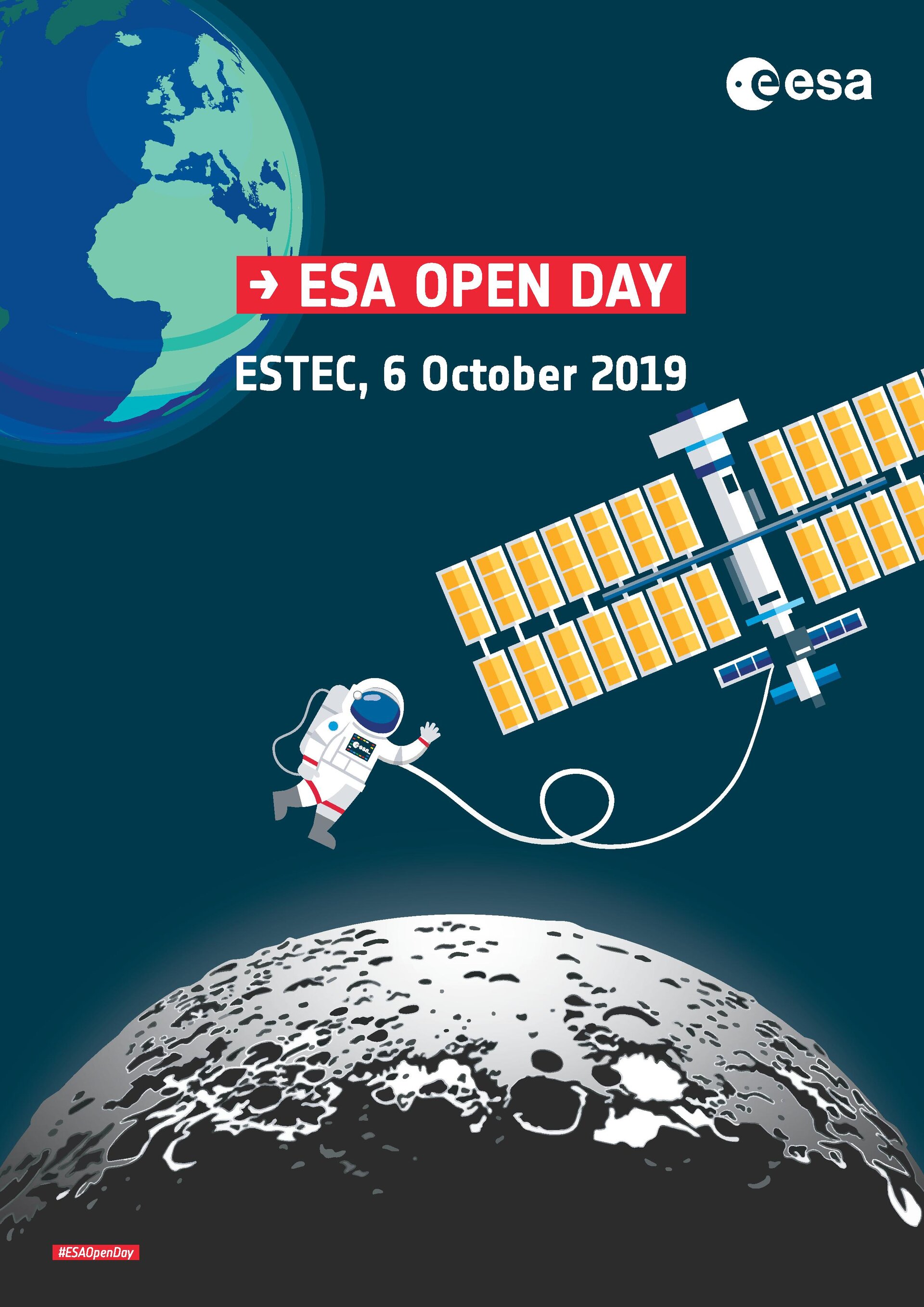 Registrations are now open for ESA’s Open Day in the Netherlands on Sunday 6 October – your chance to meet astronauts, space experts and see behind the scenes of Europe’s space adventure at ESA’s largest establishment.

The theme of this year’s event is ‘ESA to the Moon’. Dutch ESA astronaut André Kuipers will be joined by pioneering Apollo astronauts Walt Cunningham, who flew on the first crewed Apollo mission, and Rusty Schweickart, who was the first person to fly the Lunar Module and use an Apollo lunar spacesuit for a spacewalk.

As well as celebrating the 50th anniversary of the first Apollo lunar landing, the Open Day will also be looking forward, highlighting ESA’s role in returning people to the Moon, including contributing the service module to NASA’s Orion spacecraft and participating in the Lunar Gateway, a station around the Moon to act as a base for both robotic and human explorers.

ESTEC, hosting the annual Open Day, is ESA’s technical centre where new missions are designed, their industrial development is managed and the resulting satellites are tested for flight in space.

This is your opportunity to come nose to nose with space hardware, hear where we’re going next and meet Europe’s space agents – space scientists, engineers and mission designers.

Want to find out about ESA’s work in education, or how to make a career in space? There’s a full day of talks from ESA’s Education and Human Resources teams.

Want to learn more about what the Netherlands does in space? The NL Space Tent is the place to be to meet with Dutch space professionals.

The Open Day typically attracts upwards of 8000 visitors per year – but to keep everyone safe and happy we need to limit the numbers so don’t forget to register here.

Because we are obliged to limit the total number of visitors, to ensure a great experience for all who do attend, we urge you to book early to avoid disappointment.

This annual event takes place as part of the Netherlands’ national Weekend of Science as well as World Space Week.

ESA is the space agency for Europe. For the average cost of a single cinema ticket per European citizen per year, ESA’s 22 Member States plus Canada work together on every aspect of space activities.