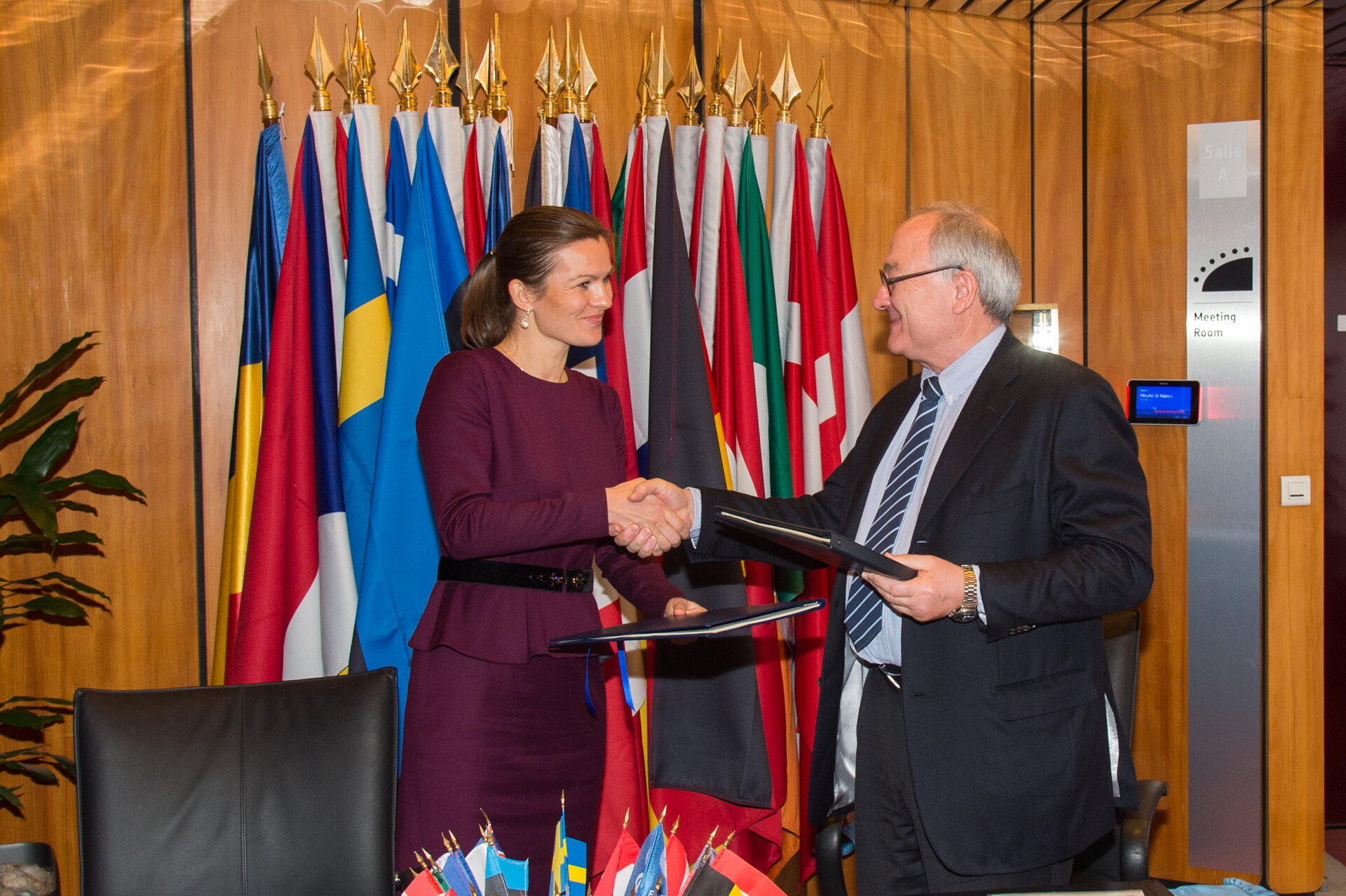 The signing ceremony took place at the ESA Headquarters in Paris with the participation of Jean-Jacques Dordain, ESA Director General, Anne Sulling, Estonian Minister of Economic Affairs and Communications responsible for Foreign Trade and Entrepreneurship, Ene Ergma, Member of Parliament and Head of Estonian Space Committee, and Sven Jürgenson, Estonian Ambassador in France.

Estonian Minister Anne Sulling said: "Today another chapter of Estonia’s space history is written. Signing the agreement with ESA and being accepted into the European space community is a very high recognition of Estonian companies and scientists. It proves that our previous collaboration with ESA has been successful and we’ve been accepted as a credible partner to the European space industry.

"We see membership in ESA as an opportunity for Estonia to enter the space industry and to contribute to space programmes through our competences. For us, becoming a Member State is a proof of Estonia’s technological capability. We really appreciate being accepted as a reliable partner. I hope and believe that our cooperation benefits both of us. Becoming an ESA member is an honour and Estonia is taking it seriously."

Other government officials and personalities attended the ceremony, including representatives from the Estonian Space Office of Enterprise Estonia and the Tartu Observatory.

Estonia has a long tradition in astrophysics research and has contributed to several ESA scientific and technology projects. The country’s active participation in the Plan for European Cooperating States (PECS) covers the fields of space science, Earth observation, life and material sciences and space technology.

Estonia’s first satellite, ESTCube-1, a technology demonstrator designed by the University of Tartu as part of the Estonian Student Satellite Programme, was launched by Vega (flight VV02) on 7 May 2013.