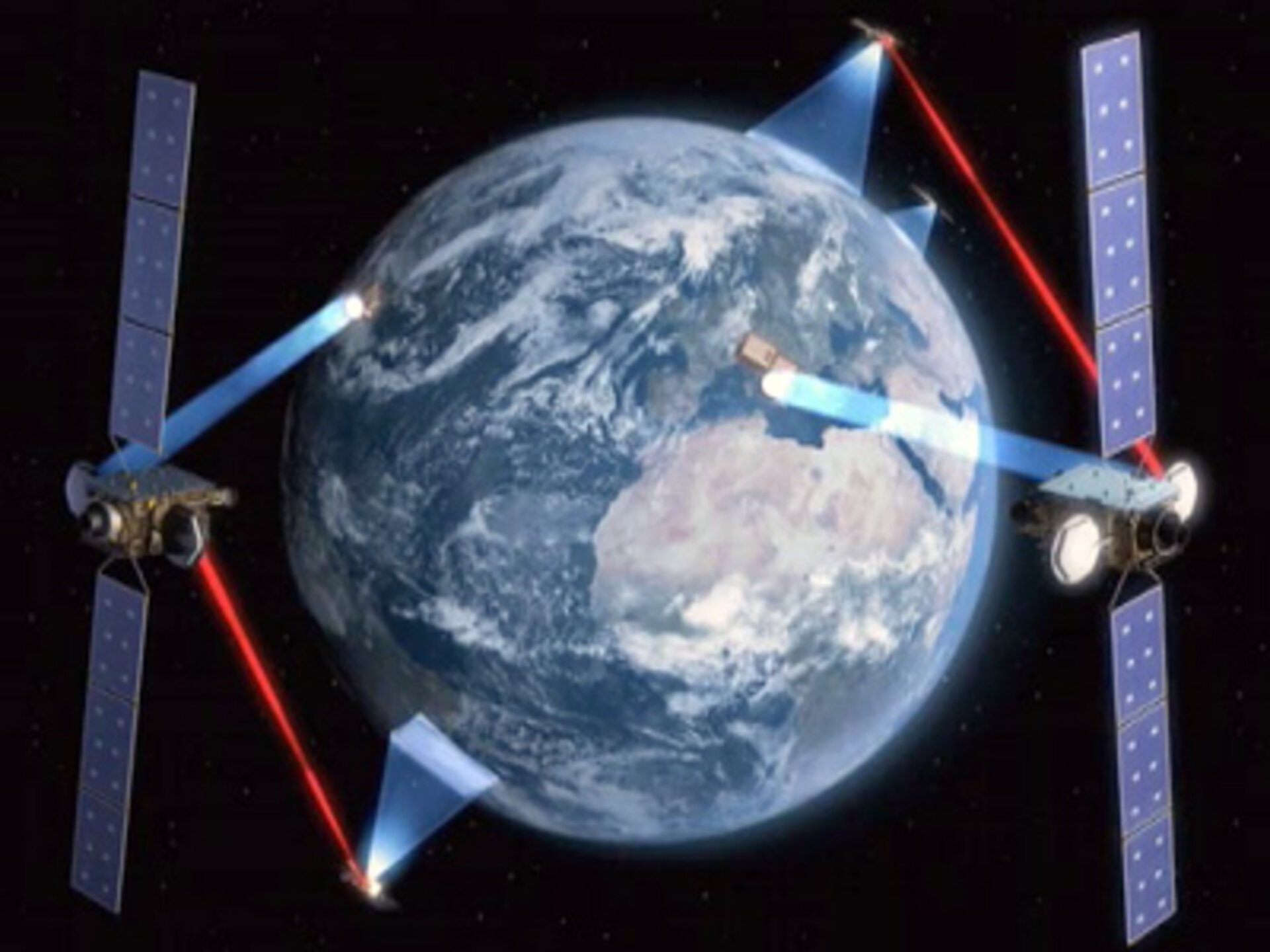 When the European Data Relay System launches its second satellite in 2015, it will be taking the Hylas-3 communications package along for the ride thanks to ESA’s ‘hosted payload’ approach.

EDRS is being built through a public–private partnership between ESA and Astrium Services, using payloads carried by two satellites in geostationary orbit, 36 000 km above the Equator.

Data transmitted from satellites in lower orbits to either of these EDRS nodes can then be relayed to the ground.

The first of the two EDRS nodes will be carried on the Eutelsat-9B satellite in late 2014, built by Astrium and positioned at 9°E over the Equator.

The second satellite carrying EDRS had room for another payload, so ESA offered it to industry in August last year.

Avanti Communications of the UK was selected, with the final agreement being signed on 10 July at the UK’s Farnborough International Airshow.

Through this arrangement, the cost of satellite resources and the launch are now shared. This contributes to the funding of the EDRS programme while providing access to space at a lower cost for the hosted payload.

Avanti and ESA previously worked together to launch the Hylas-1 satellite in 2010.

Hylas-3 includes a steerable multibeam antenna to provide communications for institutional and international customers, and is completely independent of EDRS.

The EDRS payload includes a laser terminal developed by TESAT of Germany to transmit up to 1.8 gigabits per second over distances in excess of 40 000 km, between the lower satellites and EDRS in geostationary orbit.

Both EDRS and Hylas-3 will be flown on a satellite built by OHB of Germany using the Small GEO platform.

Through its ARTES telecommunications programme, ESA has supported a number of hosted payloads over the years.