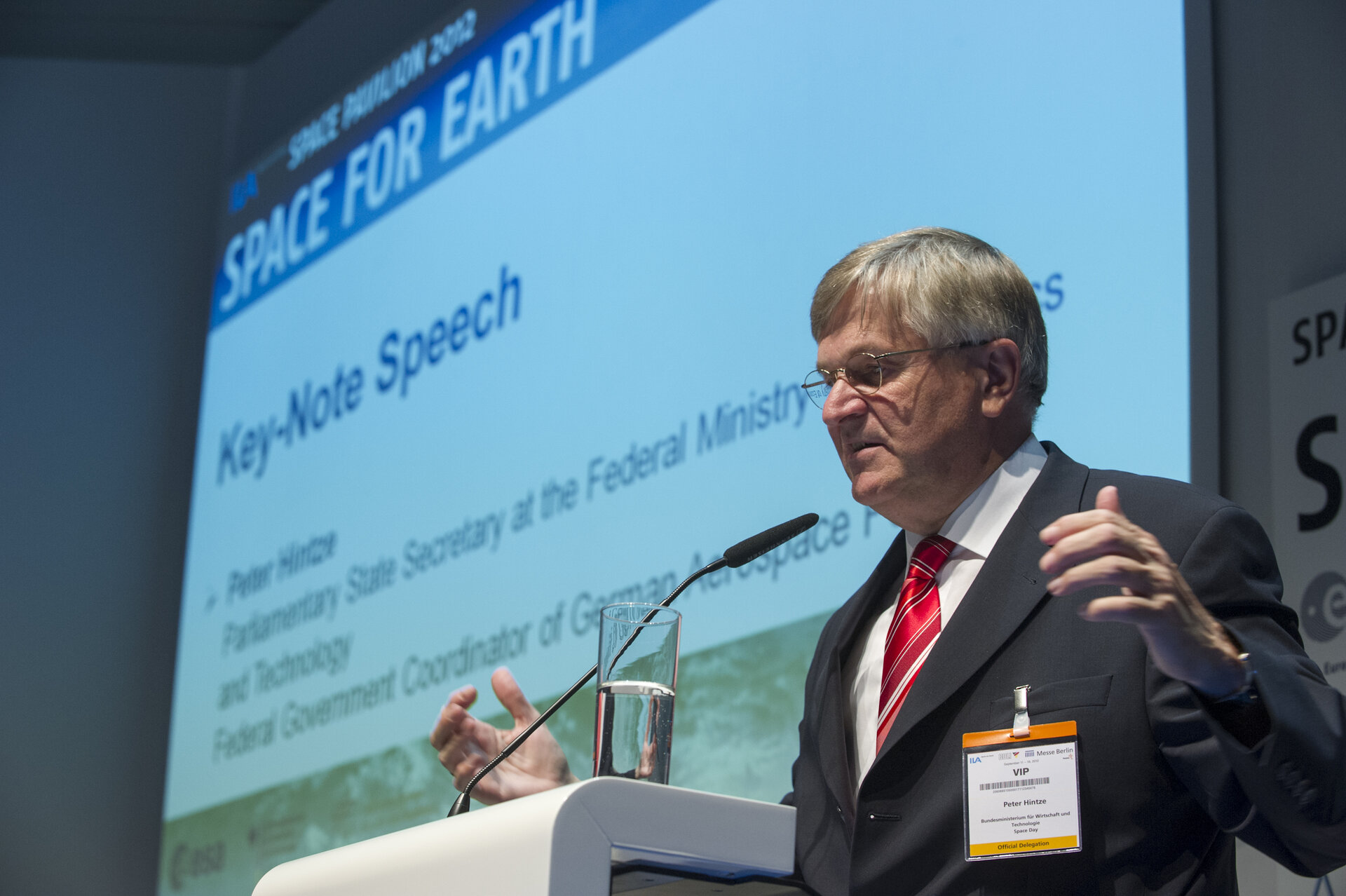 Video coverage of the whole of Wednesday’s Space Day at Berlin’s ILA air and space show is now available online.

The Space Day was a key event at ILA. Under the patronage of Dr Philipp Rösler, German Federal Minister of Economics and Technology, the conference included the heads of the main national space agencies of Europe and Russia, the Director General of ESA, Vice President Space of the German aerospace industries association, and the Director of the Polish Space Research Centre.

Peter Hintze, Parliamentary State Secretary at the Federal Ministry of Economics and Technology and Federal Government Coordinator of German Aerospace Policy, highlighted the critical importance of space for Europe, its positive effect on the economy and competitiveness and the main lines of the aerospace strategy of Germany.

Mr Hintze stressed, on behalf of the Federal Government of Germany, their full support of ESA, the conviction that ESA must maintain its central role in Europe and that “ESA should be the one and only European space agency.”

Jean-Jacques Dordain, ESA Director General, stressed that Europe in space is a success story, but a fragile success. He addressed the challenges that the sector is facing and the need to adapt to an evolving environment.

Mr Dordain noted the importance of ESA’s Ministerial Council in November, with the theme of space boosting innovation, competitiveness and growth for Europe.

Sergey V. Saveliev, from Roscosmos, presented the Russian space policy and emphasized the key importance for Russia of the cooperation with Europe and their expectations on the outcome of ESA’s Council at Ministerial level.

The accession of Poland to the ESA Convention as the Agency’s 20th Member State was an opportunity to note the success of the Agency in convincing new European countries to cooperate in space through ESA.

You can watch the complete Space Day Conference below: