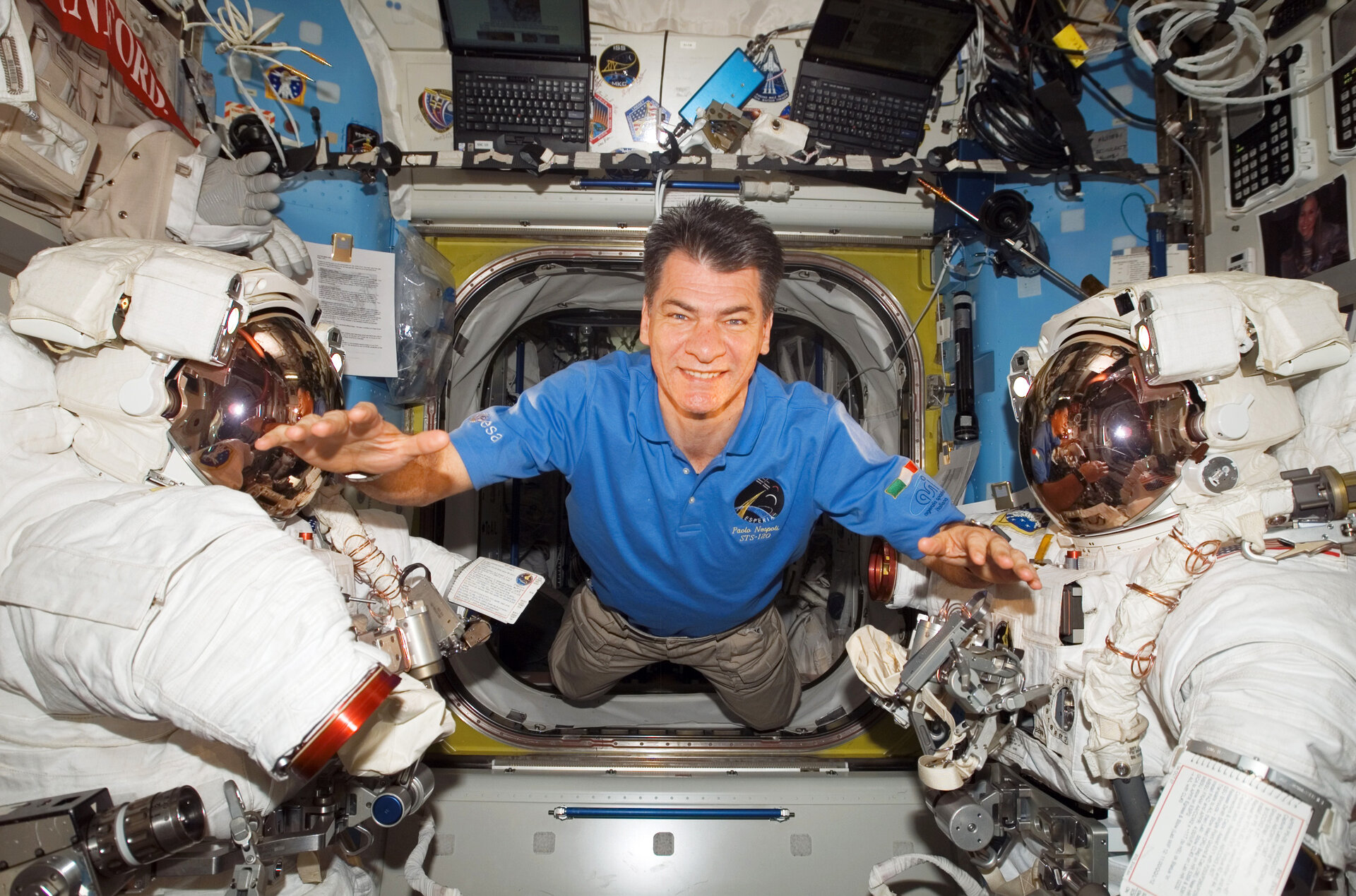 Join former ESA astronaut Paolo Nespoli at the virtual Farnborough International Airshow to find out what working in space is really like.

At 09:40 BST (10:40 CEST) tomorrow, Paolo will share the story of how he became an astronaut and answer questions from aspiring out-of-this-world explorers.

Farnborough Friday at the airshow is for getting young people excited about science, technology, engineering, and maths, and motivating the next generation of aerospace professionals.

Students, apprentices, graduates, and young professionals considering a career in aerospace will get unprecedented access to the industry through a series of free-to-attend digital events – which includes sessions with people who have achieved inspiring feats in space and aviation.

Paolo was born in northern Italy in 1957, the same year that the space race started with the launch of Sputnik, the world’s first spacecraft.

At 26 years-of-age, after spending many years in the Italian army, he decided to pursue his childhood dream of becoming an astronaut.

Paolo's long journey started with studying a university degree and mastering English, which are both required for working in space.

After completing his education in aeronautics and astronautics, Paolo worked for ESA as a training engineer for European astronauts.

In 1998, aged 41, he was selected to become an ESA astronaut. Shortly after, he relocated to Houston, Texas, to train at NASA’s Johnson Space Centre.

In 2007, Paolo flew on the Space Shuttle Discovery to the International Space Station and, on his second mission in 2010-2011, he spent over five months onboard the station. On his final mission in 2017, he flew on a Soyuz launcher and then spent 139 days in space.

During Paolo’s 314 days spent as an extra-terrestrial person, he completed ground-breaking experiments, assisted with spacewalks, and even tested augmented reality in space.

Through answering questions from space-minded schoolchildren, Paolo will shed light on the day-to-day life of an astronaut, including reliving the busy work schedule and explaining the strange sensation of eating a meal in space.

He will also share his most inspiring experiences in space, as well as what he missed most about Earth – and give advice to kids who want to follow in his footsteps.

Register with the virtual Farnborough International Airshow to watch ‘How cool is it working in space?’.

Paolo's session is just one of the many events at the airshow with UK Space Agency involvement.