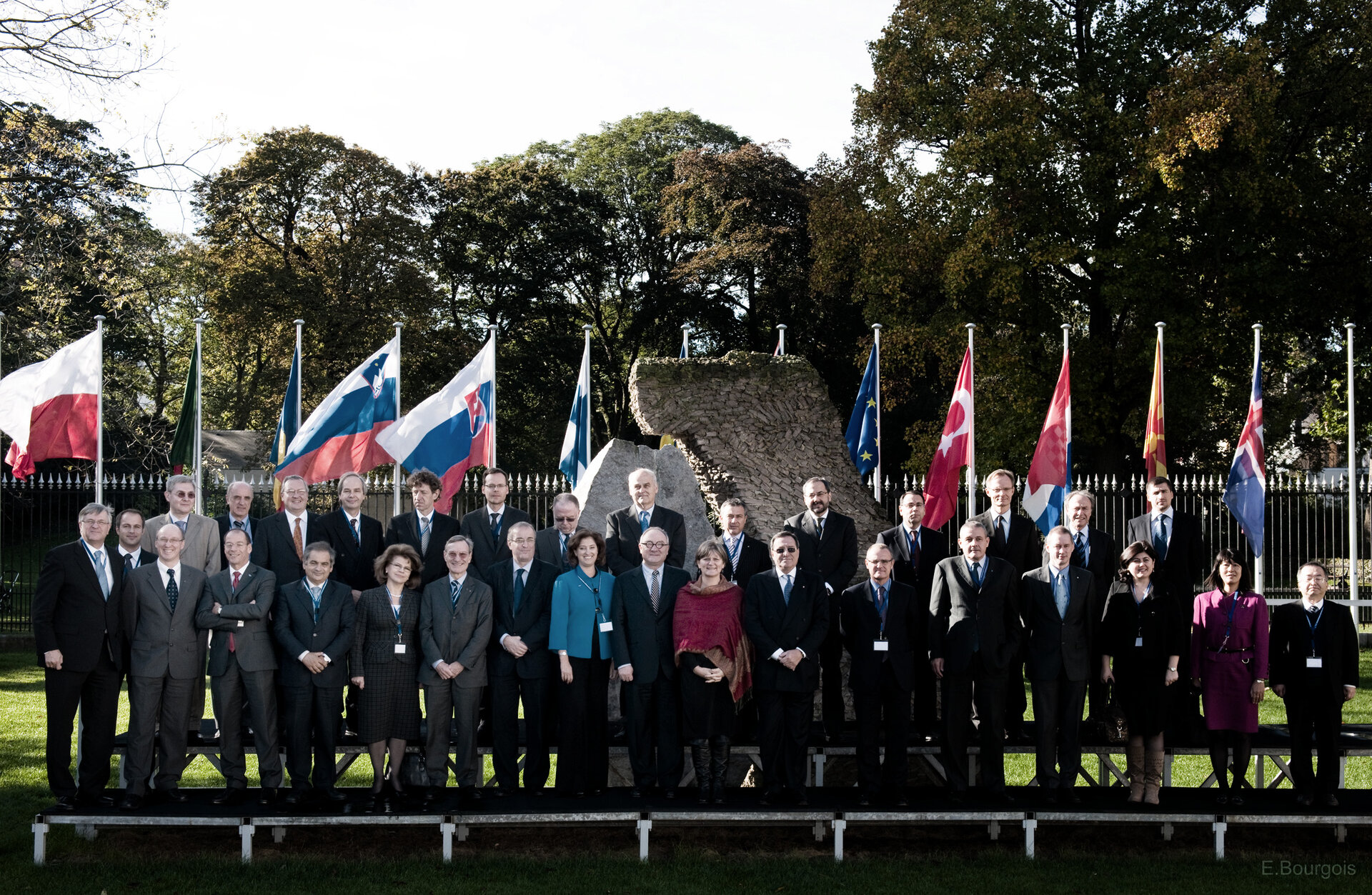 ESA / About Us / Jean-Jacques Dordain

A shared vision for space exploration came into sharper focus this week when European ministers, space executives and international representatives met to discuss their ambitions for future space exploration.

Given its importance, more than 150 people attended the second International Conference on Space Exploration from 32 countries, including eight countries from outside Europe. Most of the major international space agencies were represented. ESA, the European Commission, members of the European Parliament, scientific and trade associations also attended the event in Brussels, 21 October.

The Conference unanimously concluded that action is needed now to ensure that Europe has a significant role in future space exploration. It confirmed that space exploration is a driver for innovation, developing new technologies and making scientific discoveries, but also a political and global endeavour.

As a result of the constructive atmosphere, the Conference ended with the unanimous decision that concrete action is needed in four main areas, with specific actions for Europe (see link in right hand side bar).

All delegations agreed to meet next year in Italy for the first meeting of a high-level ‘platform’ to work together on the future of space exploration.

The Conference at Ministerial level was co-organised by the Belgium EU Presidency, the European Commission, the Italian Presidency of the ESA Council and ESA.