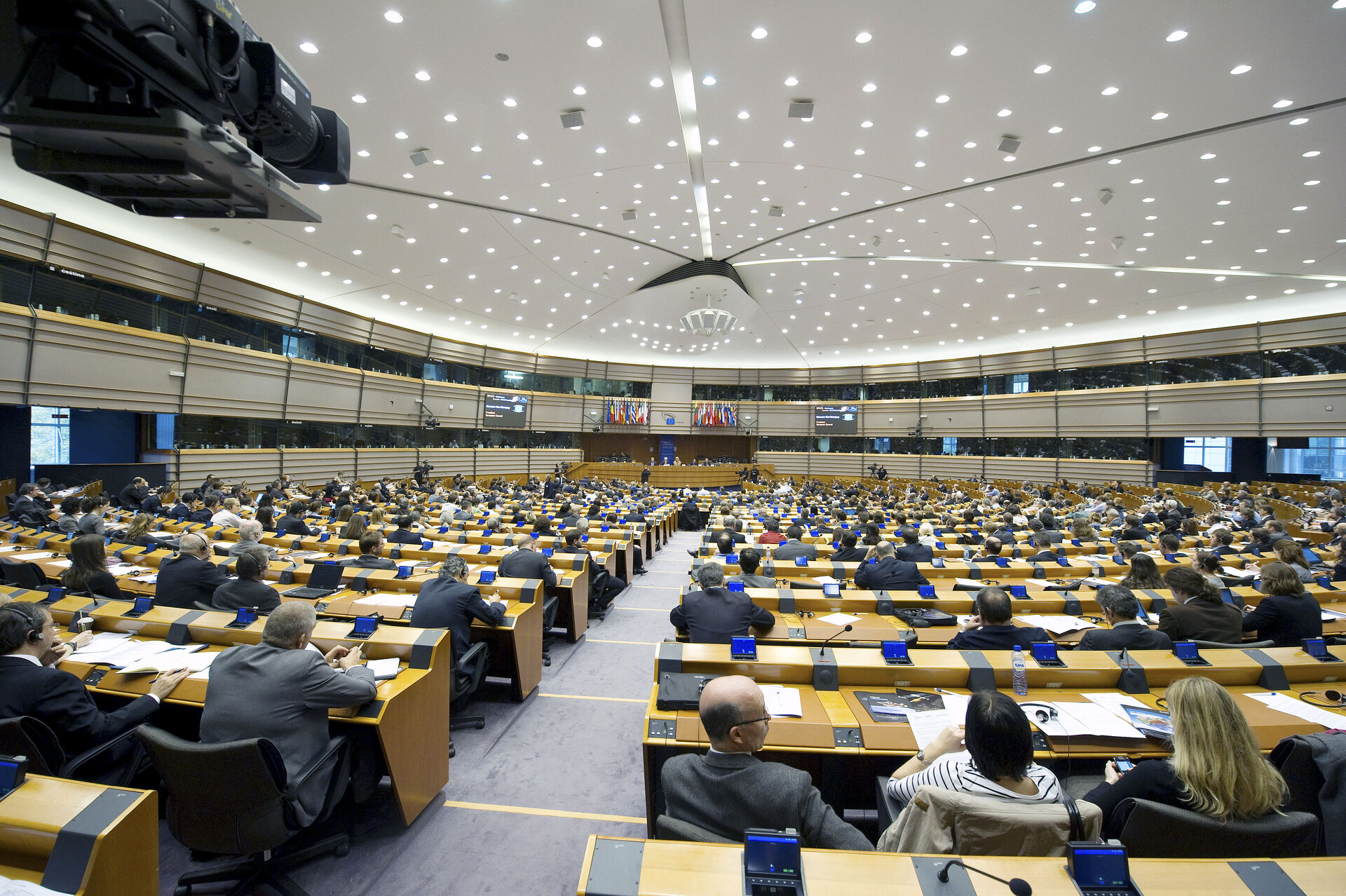 ESA / About Us / Jean-Jacques Dordain

After the recent launch of the first Galileo satellites – an event of paramount political importance for Europe – politicians, policymakers, space agency managers, industrialists, satellite operators and members of civil society gathered at the European Parliament in Brussels on 8–9 November for the 4th Conference on EU Space Policy.

The Conference, organised by Business Bridge Europe and devoted to the benefits of space to citizens and society, confirmed that space is high on Europe’s political agenda by including European authorities of the highest level.

Herman van Rompuy, President of the European Council, confirmed the importance of Galileo and the Global Monitoring for Environment and Security (GMES) initiative as the EU’s two flagship programmes.

Mr van Rompuy stressed the two-pronged approach best suited for the governance of space in Europe. ESA and national space agencies should be responsible for research, development and implementation of programmes, by providing the funding, applying their rules and making use of space industry, while the follow-on exploitation and operations should be carried out within the EU framework. This scheme fosters the growth of Europe’s space manufacturing industry – a strategic sector – and allows companies of all EU and ESA member states to develop new services and applications, generating community added value.

Mr van Rompuy expressed his commitment to ensuring that policies of the future are safeguarded and strengthened – and space will be one of those policies.

José Manuel Barroso, President of the European Commission, noted that, with the launch of the first two Galileo navigation satellites on 21 October, Europe had taken a step of critical importance for the competitiveness of its industry and for Europe’s independence in space technology.

Mr Barroso confirmed that space is a key component of Europe’s 2020 strategy and reiterated that Galileo and GMES are the EU’s two flagship programmes.

He recalled that €7.9 billion is planned for Galileo in the EU Multi-Annual Financial Framework for 2014–20. In addition, the Commission will issue a communication soon on the development and deployment of GMES, for which €5.8 billion is needed. Mr Barroso concluded by reasserting his ambition for the EU to be a world leader in space.

Jean-Jacques Dordain, Director General of ESA, noted that the space sector is also being affected by the economic crisis. Mr Dordain continued that it is a sector where most of the industrial activities are undertaken in Europe. It is a sector of knowledge and technology, a key element of competitiveness and one of the few sectors where the transfer between knowledge and services is systematic and quick.

Space is one of the few sectors where Europe is both a world leader and a model. It is a leader in the commercial market, in technology and in the provision of services. It is a model for using space to benefit the citizens of Europe and the world, and as a reliable partner in international cooperation.

Mr Dordain also highlighted the fact that Europe’s leadership is not linked to security and defence drivers, unlike all other space powers in the world. He praised the Polish government’s willingness to address that issue during its current presidency of the EU.

Mr Dordain reaffirmed the importance of having GMES and Galileo included in the EU’s Multi-Annual Financial Framework (MFF) for 2014–20. They need to be ensured in that community context because they are not just space programmes but services to Europe’s citizens. Mr Dordain stressed that the current uncertainties in the continuity of GMES weaken the overall space sector in Europe.

With two major decisions facing Europe – the ESA Council at Ministerial level in late 2012 and the MFF – Mr Dordain appealed for a greater effort to ensure that they become instruments for a Europe with an even greater role for space than it has today for all citizens of Europe and the world.

Antonio Tajani, Vice-President of the European Commission, responsible for Industry and Entrepreneurship, stressed the political importance of the Galileo launch and the need to respect the deadlines and further reduce costs. The main objective of space policy is to benefit Europe’s citizens.

He considered that the space sector is at the “heart of the third industrial revolution”. Space industry and the thousands of small and medium companies that contribute to the sector bring economic benefits and must drive European markets. However, their work must also provide tangible social benefits.

Mr Tajani stressed that space policy should be an instrument for competitiveness and innovation and confirmed that he is working to ensure that the financial backing needed to allow Europe to remain a key player in the global market is in place.

Space provides a gateway to the European Parliament

The unusual sight of a large rainbow arching over the esplanade at the entrance to the European Parliament and a life-size satellite shining under it drew passersby and visitors alike to the seat of European government.

The rainbow, one of a number of art installations in Brussels, celebrates Poland’s Presidency of the EU. The model of ESA’s Cryosat Earth observation satellite for ice studies emphasises the importance of space in understanding climate change.