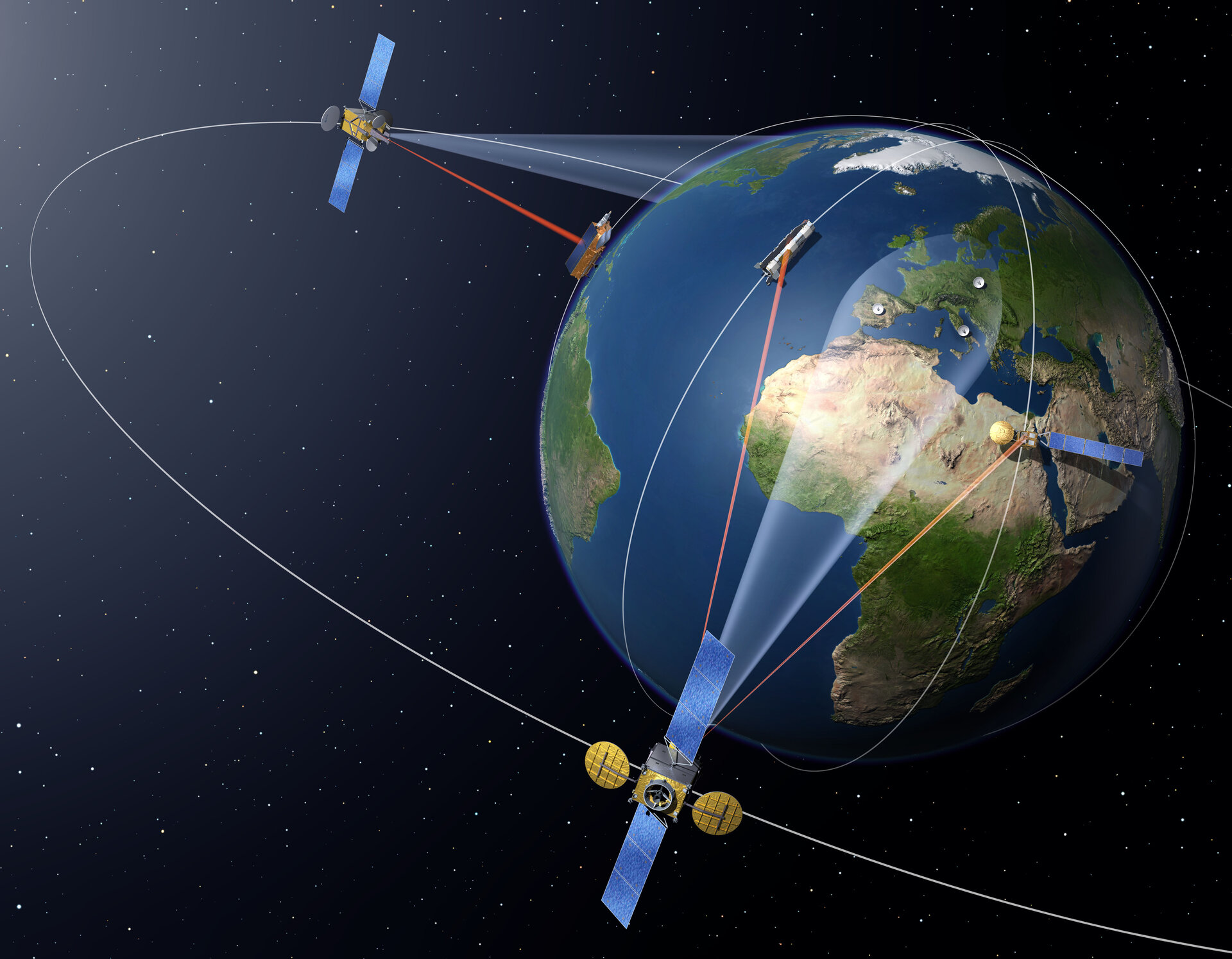 ESA PR 24 2011 - A public–private partnership contract signed with Astrium means that ESA is moving ahead with an independent, European satellite system that will speed up the transmission of large quantities of data beginning in 2014.

The public–private partnership (PPP) for the European Data Relay System (EDRS) demonstrates ESA’s capability to pull together resources and knowhow from several partners under an efficient and operational scheme.

The PPP approach allows industry to take on a greater risk in order for Europe to reap the benefits of advanced satellite technology. Under the terms of the agreement the partners will jointly finance the EDRS. ESA’s contract with Astrium amounts to EUR 275 million.

EDRS will provide a telecommunications network that is fast, reliable and seamless. It will make realtime data from satellites available on demand at the right place at the right time.

With EDRS in place, all suitably equipped future Earth observation satellites will be able to perform quicker data transfers and transmit for longer periods.

This will be important, for example, in the response of emergency services during a natural disaster, where satellite imagery can rapidly provide crisis mapping for better coordination on the ground.

"The EDRS programme is another prime example of a public–private partnership," said Magali Vaissiere, ESA Director of Telecommunications and Integrated Applications.

"EDRS is a big step forward in how low-orbit satellites and future unmanned aerial vehicles can be used, to the benefit of Europe's citizens and economy."

Astrium has the overall responsibility for designing and developing the complete space and ground infrastructure. Astrium will then acquire ownership of EDRS and is committed to its operation for the next 15 years.

Initial users for EDRS will be the Sentinel-1 and -2 satellites of the GMES Global Monitoring for Environment and Security programme, the EU's ambitious Earth observation programme, headed by the European Commission in partnership with ESA and the European Environment Agency.

The EDRS system will consist of two payloads carried by satellites in geostationary orbit. User data will be transmitted via dedicated terminals from satellites in lower orbits to either of the EDRS nodes and then relayed to the ground.

This will allow immediate broadband data transfer whenever a customer satellite is within view of an EDRS node.

Currently, low-orbit satellites can be commanded and images can be received only when they pass over one of their dedicated ground stations.

The first EDRS payload – a laser communication terminal and a Ka band inter-satellite link – will be carried on the Eutelsat-9B satellite, built by Astrium and positioned over 9°E.

The laser terminals developed by TESAT (DE) can transmit up to 1.8 gigabits per second over distances in excess of 40 000 km, between EDRS in the geostationary orbit and the satellites in lower Earth orbit.

The first of the two EDRS nodes will be launched in late 2014.

The second – also with a laser terminal – will be launched in late 2015 on a dedicated satellite built by OHB (DE) that will use the Small GEO platform.