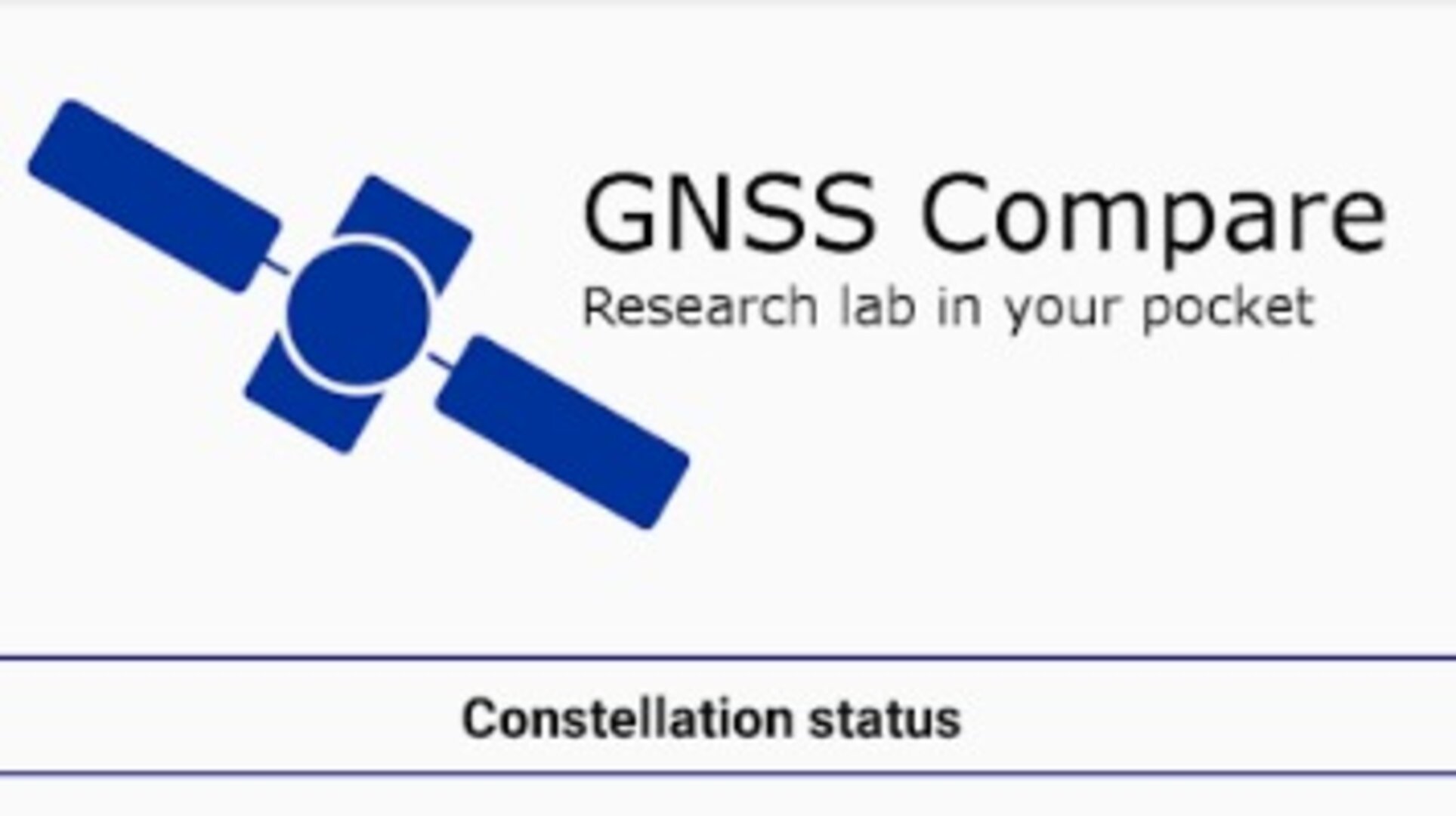 An app that lets your smartphone work directly with Galileo and check performance from raw satellite signal measurements is now available for download from the Google Play Store.

Developed by ESA trainees in their spare time, the GNSS Compare app was the winner of an internal ESA competition this summer.

“GNSS Compare is an open source tool making the lives of satnav developers and researchers easier,” explains ESA young graduate trainee Mateusz Kraiński from Poland, who led the four-person ‘Galfins’ development team. “We think of it as a research lab in your pocket.

Mateusz explains that the new app shows details of which satellites your phone is using to perform its positioning, velocity and timing (PVT) calculations, along with their relative signal strength.

“You can also choose between Galileo-only, GPS-only or Galileo plus GPS, as well as altering processing settings, to see how the positioning performance changes as a result – or else put your own prototype processing algorithms to the test.

“In the past you would have to do this with expensive receivers or software-defined radios, but GNSS Compare lets users perform checks in a very simple way, using just the hardware in their pocket. It also has an educational aspect, because users can really ‘look under the hood’ and see for themselves how the PVT process works in practice.”

The receiver chipsets inside smartphones compute positioning using multiple satellite constellations without regard for which satellites’ signals are used, giving results but with no insight into how they are calculated, or the opportunity to choose which satellites to employ.

The GNSS Compare app was made possible by the fact that newer Android smartphones can access the raw satellite signal measurements used to compute positioning.

“They were judged by a jury of experts from the European Global Navigation Satellite Systems Agency – GSA – and Google as well as ESA. The response was very positive, and we are now planning a second competition.”

As a trainee at ESA’s ESTEC technical centre in the Netherlands, Mateusz’s dayjob has been focused on the European Robotic Arm, destined for the International Space Station. His fellow Galfins team trainees are Germany’s Mareike Burba working on Earth observation, Romanian Sebastian Ciuban – the team’s sole Navigation specialist – and Polish-born Dominika Perz, focused on satellite guidance, navigation and control.

Their prize for winning was attending the ESA and European Commission-sponsored International Summer School on Global Navigation Satellite Systems in Austria.

“Apart from Sebastian, we were all newcomers to satellite navigation,” adds Mateusz.

“In learning about the field, one of the biggest surprises was how very, very weak the actual satnav signals are – it’s amazing we can receive them at all – and the simplicity and brilliance of the system design.”

The team worked together for the most part, meeting up during evenings and most weekends, fuelled by plenty of tea. They plan to continue developing GNSS Compare to include new features such as the processing of dual-frequency signals.

Another of the competition teams, called ‘Chocolateam’, is also developing their Callisto app for PVT-based gaming to the general public.

In addition, GalileoPVT app - developed in-house by the competition’s technical advisory team to be used as a benchmark for judging the competition apps is planned to be released on the Google Play Store soon. The app also includes an augmented reality system allowing users to ‘see’ the Galileo satellites from which they were receiving signals in the local sky.