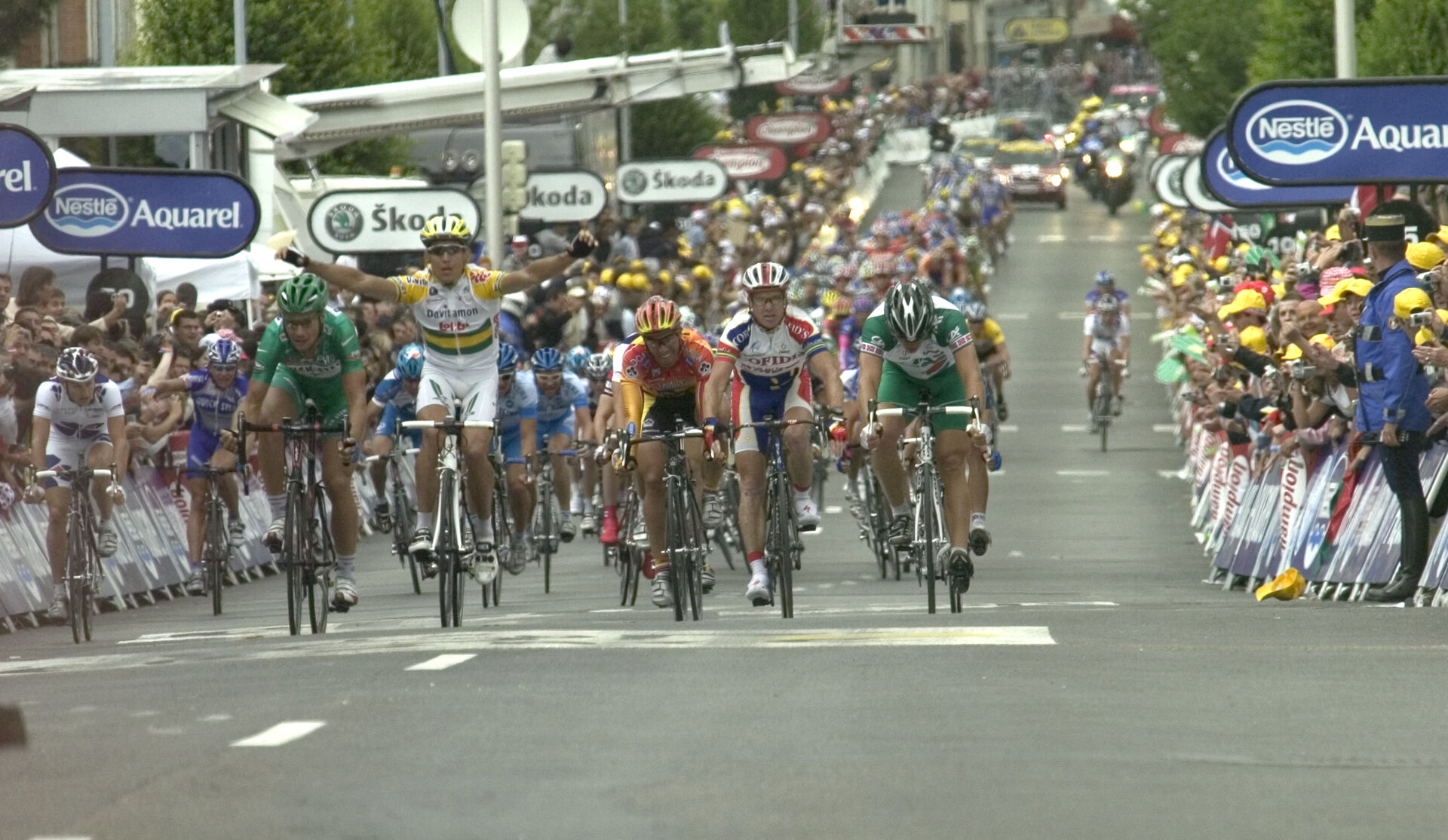 A new experience of satellite navigation for the European Space Agency during the 5th stage of the Tour de France between Chambord and Montargis.

Receivers were carried by a number of cyclists, making it possible to determine their exact position and speed along the 183 kilometre-long stage by means of EGNOS, the European navigation service that operates using geostationary satellites.

The system provides vital information which, when fully operational, will give the organisers an instant, complete overview of the competition and which will help team managers to coordinate the efforts of their cyclists and refine their strategies. Eventually, spectators will be able to follow live the competitors’ positions and the progress of the race.

This was the second set of trials for EGNOS at the Tour de France. During the ‘against the clock’ stage at Alpe d’Huez in 2004, receivers were positioned in vehicles following behind the race. The receivers used this year weighed just 200 grams and the processing of data was also enhanced after the learning experience of the previous year.

The aim of this project is, two years from now, to be able to track all competitors in real time. In the context of the Tour, a moving city if ever there was one, there are numerous connection problems, for example when retrieving data and then re-transmitting it after being processed to make sure it is accessible and comprehensible. This is a task that takes this already highly satisfactory new space technology one step further. In addition to the several trials which will be needed, the cyclists themselves will also have to become familiar with this new way of experiencing the Tour de France, which could potentially be used in other sports.

EGNOS, which is currently in pre-operational service, is Europe’s first step in satellite navigation as it prepares for Galileo, which will be the first fully operational civilian navigation system with a network of 30 satellites.

EGNOS, a joint project of the ESA, the European Commission and Eurocontrol, consists of a network of around 40 ground stations scattered throughout Europe designed to record, adjust and improve data from the American system GPS. The modified signals are relayed by geostationary satellites to the receivers of system users. In contrast to the 15-20 metre accuracy offered by GPS, the European system is accurate to less than two metres, and unlike GPS (a military system), the European version offers guaranteed signal quality.

Financed by the Galileo Joint Undertaking in partnership with the ESA and ASO, organisers of the Tour de France, these trials serve to demonstrate the diverse applications of satellite navigation.