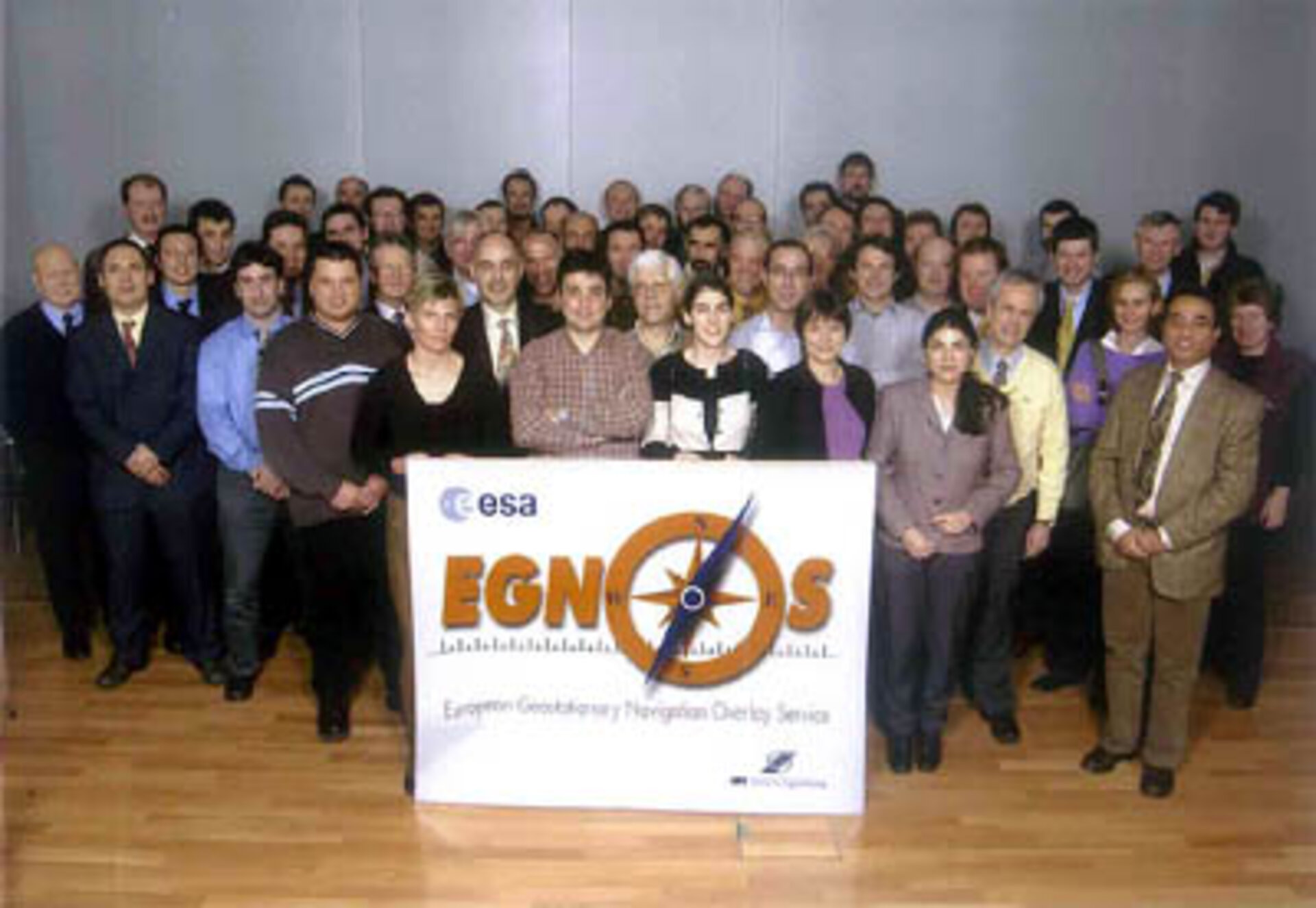 After years of preparation and integration, the European Geostationary Navigation Overlay Service (EGNOS) will soon become a reality. Another milestone towards this goal has been reached lately with the Factory Qualification Review.

Experts from the European Space Agency, Air Traffic Control, Civil Aviation Authorities and CNES reviewed the status of this first venture of Europe in satellite navigation.

For three weeks over 60 engineers and operations experts checked the verification and deployment status of the EGNOS ground segment elements and reviewed the formal issues of the operational and maintenance documents. The experts fully approved the site preparation and deployment approach put in place.

Some further verification activities are still to be implemented before the next milestone: the Operational Readiness Review. This will be a key milestone marking the availability of the EGNOS signal throughout Europe sometime this summer.

The current EGNOS Implementation program is now in its last straight. At the same time, the next phase in the EGNOS program is being prepared by opening the subscription for ESA Member States for a new programmatic framework within which the EGNOS signal and data provision will begin. After this, EGNOS will enter a qualification process for ‘Safety of Life’ applications. By the end of 2005 EGNOS should be fully qualified for usage by civil aviation.

EGNOS is a joint project of the European Space Agency (ESA), the European Commission (EC) and Eurocontrol, the European Organisation for the Safety of Air Navigation. It is Europe’s contribution to the first stage of the global navigation satellite system (GNSS) and is a precursor to Galileo, the full global satellite navigation system under development in Europe.

EGNOS consists of three geostationary satellites and a network of ground stations for the transmission of a signal containing information on the reliability and accuracy of the positioning signals sent out by GPS and GLONASS.

The design, development and validation of EGNOS will cost about €300 million. ESA is contributing €200 million (from its Member States and European institutions related to civil aviation and cartography) and the European Commission €100 million.