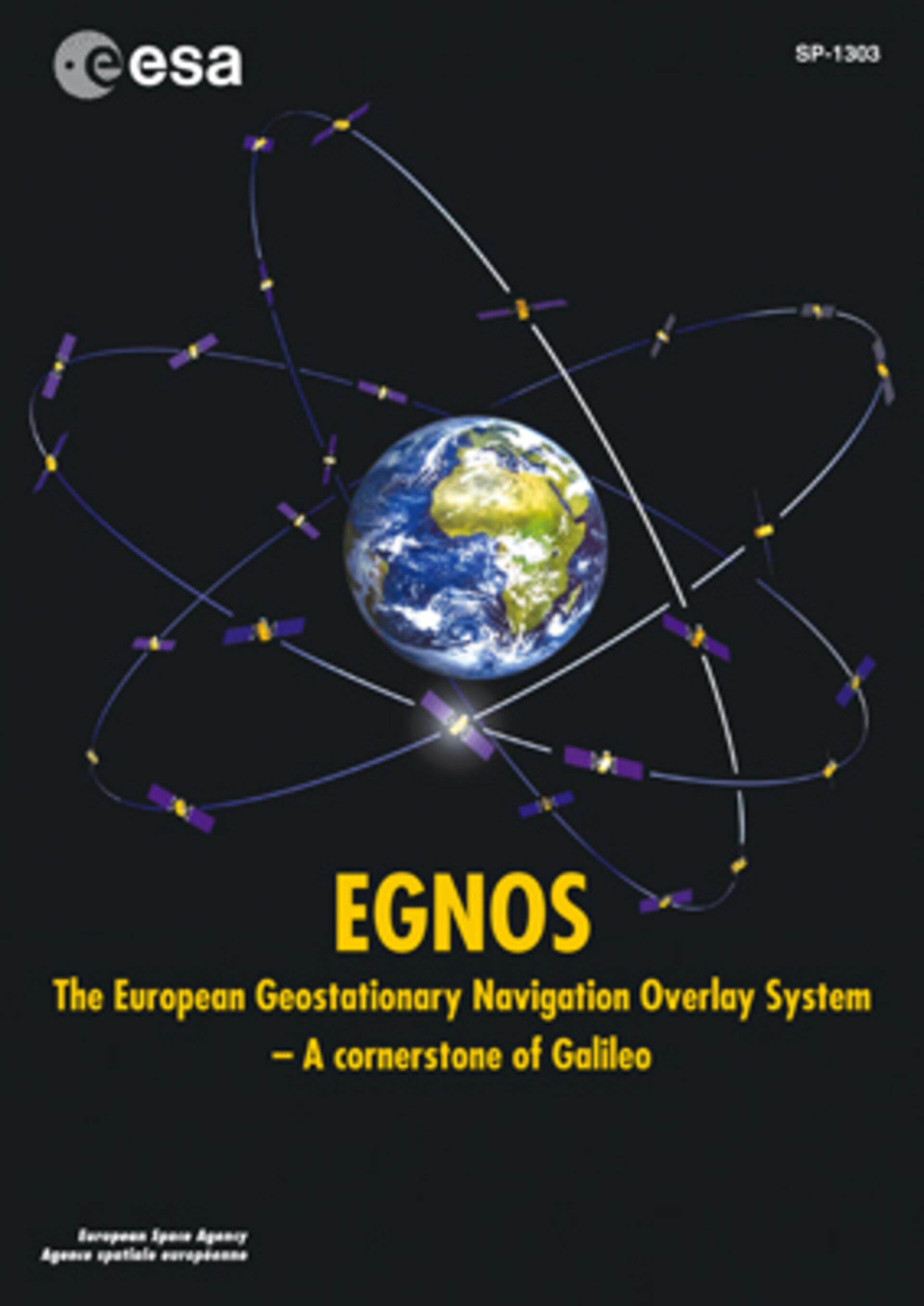 A technical publication dealing with all aspects of the European Geostationary Navigation Overlay System (EGNOS) is now available.

It is a first step towards Galileo, the second generation, based upon an independent European navigation-satellite constellation. EGNOS will be interoperable with equivalent US and Japanese Satellite-Based Augmentation Systems (SBAS), in addition to other emerging initiatives - such as India’s GAGAN and China’s SNAS systems - aiming at contributing to a truly global navigation system.

EGNOS is a joint programme of the European Space Agency, the European Commission and Eurocontrol. EGNOS is made up of a network of more than forty elements all over Europe that collect, record, correct and improve data from the US Global Positioning System (GPS). The modified signals are then relayed via geostationary satellites to user’s terminals, offering a positional accuracy of better than two metres, compared with 15 to 20 metres for GPS alone. In addition, EGNOS gives a guarantee of quality for these signals that GPS, a military system, does not provide.

Measurements show that EGNOS provides the best SBAS performance available today. Accuracies of the order of 1-2 metres and an availability of better than 99% are frequently obtained over most of Europe. EGNOS is now in pre-operational service for non-safety-of-life applications, with a signal that has shown an availability of more than 95% over the last six months.

Produced by ESA and industry, the book presents a complete view of the EGNOS mission, system and architecture. It provides a review of key GNSS fundamental concepts, introduces other existing and planned SBAS systems, and presents and discusses EGNOS performance and applications. It also has dedicated chapters for future GNSS systems, including GALILEO and the planned modernisation programmes of GPS, GLONASS and EGNOS.

The book consists of 41 sections, each one of them consisting of a dedicated article dealing with a specific aspect of the EGNOS system. Under the technical supervision of Javier Ventura-Traveset (ESA) and Didier Flament (Alcatel Alenia Space), this book has been co-authored by recognised GNSS engineers in each specific domain, either from European industry, ESA or internationally recognised experts from the USA, Japan, Russia, Canada and India.

The book is available from ESA Publications (reference at a cost of €50.

Orders can be placed by:
E-mail: esapub@esa.int