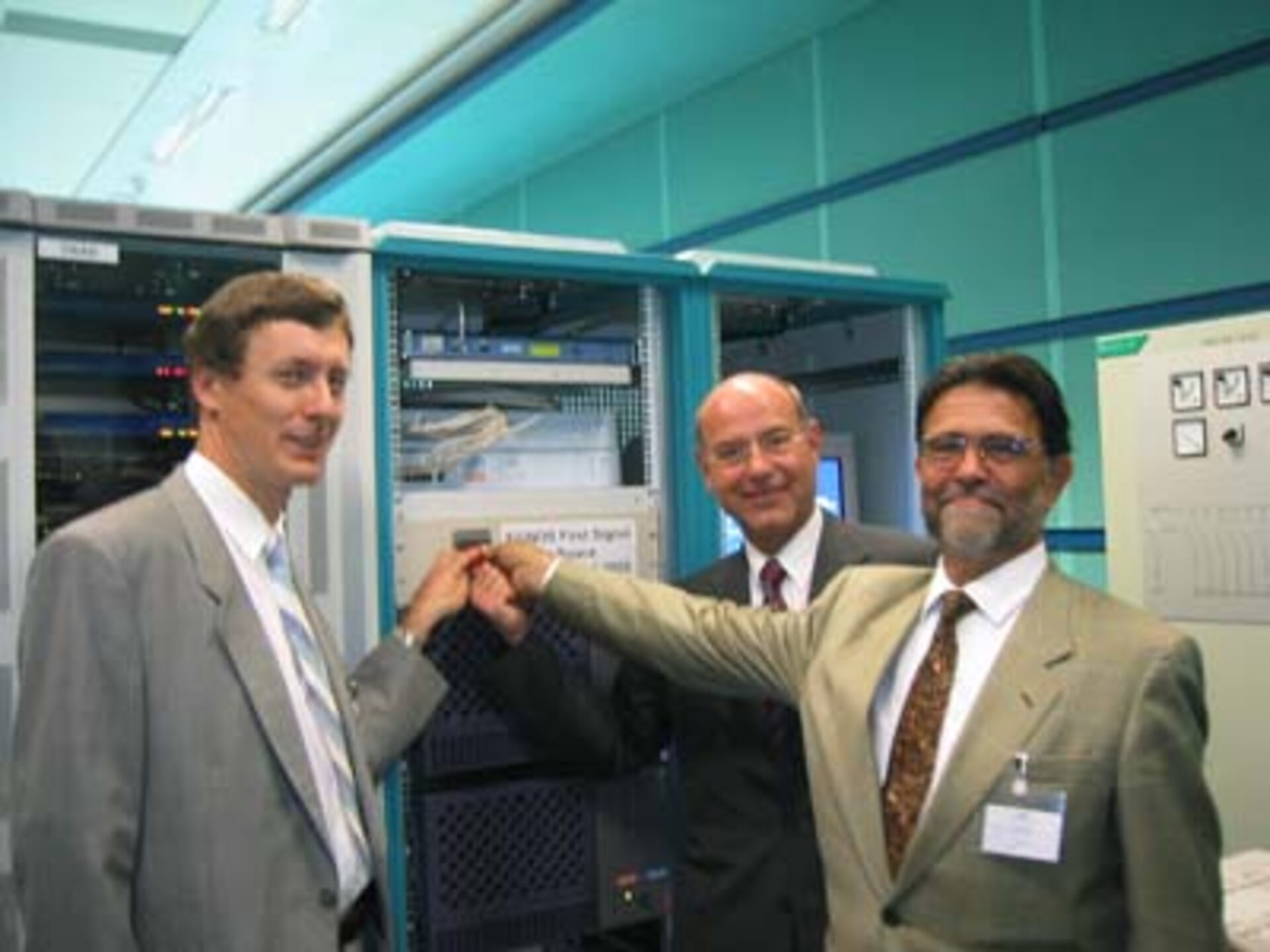 The recent inauguration in Germany of the first Master Control Centre (MCC) for the European Geostationary Navigation Overlay Service (EGNOS) marked an important step in the advancement of Europe’s own satellite navigation system.

“Where Europe really will make the difference is with the integrity provided, compared to GPS. This is starting with EGNOS and will go on with Galileo”, explains Claudio Mastracci, ESA Director of Applications at the inauguration of the first Master Control Centre of the EGNOS system inside the DFS (German Air Navigation Services) facilities in Langen, near Frankfurt, Germany. Dieter Kaden, DFS Chairman and CEO adds, “Satellite navigation will improve aircraft safety and with EGNOS we can see the first illustration of it”.

By correcting global positioning system (GPS) signals, EGNOS gives an accuracy of down to 2 metres, compared to the less accurate 15 to 20 m provided by GPS signals. EGNOS achieves this through a network of ground elements. These are currently being installed all over Europe.

The elements that make up the EGNOS system include: Ranging and Integrity Monitoring Stations (RIMS)which pick up the GPS signals, the Master Control Centres (MCCs) to process the data delivered by the RIMS and uplink stations which send the signal to three geostationary satellites which relay it back to the ground to the users.

EGNOS is Europe’s first step into satellite navigation, paving the way for Galileo. Its service availability is due in spring 2004 and is currently in its technical verification phase.

Deployments so far include 12 RIMS and one MCC (in Langen, Germany). Three other Mission Control Centres are to be installed: Torrejon (Spain), Ciampino (Italy) and Swanwick (England). A further 22 RIMS are also being deployed. For this, agreements with 28 hosting entities have been made which gives an idea of the intricate network that EGNOS represents.

EGNOS is an initiative of the European Space Agency (ESA), the European Commission and Eurocontrol. The EGNOS System Test Bed (ESTB) has been providing signals since 2001 but now the EGNOS network itself is being tested with what is symbolically called the EGNOS ‘first signal in space’.

GPS receivers are already using EGNOS-like signals broadcast by the ESTB, though these correction signals will be reliable only next year, when the service is fully available.

Developed for civil aviation EGNOS is to provide a highly accurate signal, and has the potential for worldwide coverage making it an efficient tool for air safety. There are, however, many other possible applications: trains, buses and even guiding the blind.

With EGNOS, Europe is proving its know how in satellite navigation and creating a community of users in Europe and beyond for the benefit of everyone, everywhere.