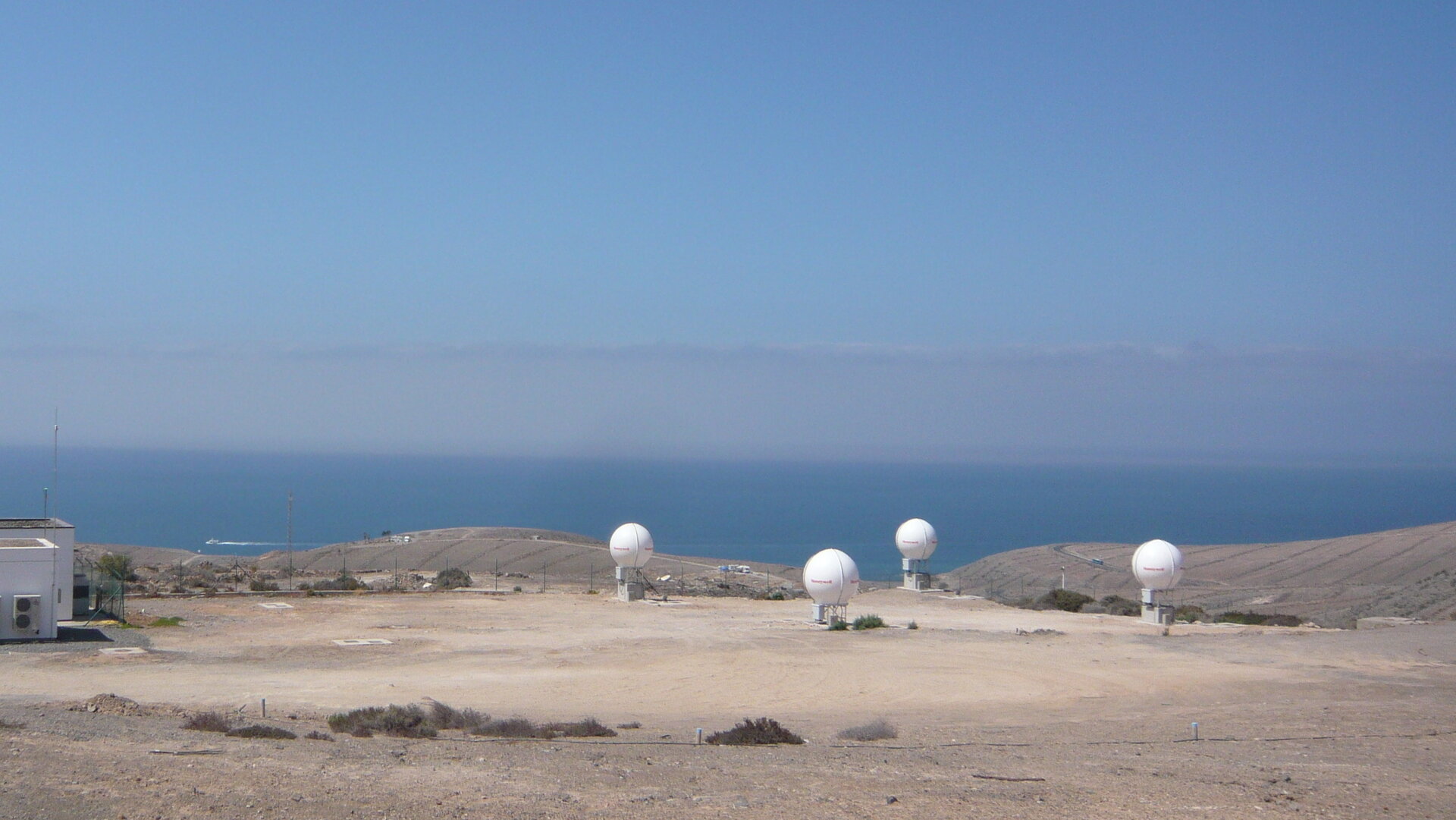 ESA’s completion of a pair of dedicated ground stations at opposite ends of Europe has enabled Galileo satellites in orbit to participate in global testing of the Cospas–Sarsat search and rescue system.

The Maspalomas station, at the southern end of the largest island of the Canary Islands, at the southern fringe of European waters, was activated in June. And this last month has seen the Svalbard site on Spitsbergen in the Norwegian Arctic come on line – the two sites can already communicate and will soon be performing joint tests.

This speedy progress has enabled the participation of the latest two Galileo satellites in an international  demonstration and evaluation programme – a worldwide test campaign for a new expansion of the world’s oldest and largest satellite-based rescue system, Cospas–Sarsat.

Founded by Canada, France, Russia and the US, Cospas–Sarsat has assisted in the rescue of tens of thousands of souls in its three decades of service. Distress signals from across the globe are detected by satellites, then swiftly relayed to the nearest search and rescue (SAR) authorities.

Now the programme is introducing a new medium-orbit SAR system to improve coverage and response times, with the Galileo satellites in the vanguard of this major expansion.

Supporting search and rescue is a separate function to Galileo’s main task of providing global navigation and timing services, but no less important.

The second pair of Europe’s Galileo satellites – launched together on 12 October last year – are the first of the constellation to host SAR payloads. These can pick up UHF signals from emergency beacons aboard ships, aircraft or carried by individuals, which are then relayed to ground stations. There, the source is pinpointed and automatically passed on to a control centre, which then routes it to local authorities for rescue.

“The Galileo satellites, tested in combination with the same SAR payloads on Russian Glonass satellites as well as compatible repeaters on a pair of US GPS satellites, showed an ability to pinpoint simulated emergency beacons down to an accuracy of 2–5 km in a matter of minutes,” explained ESA’s Galileo SAR engineer, Igor Stojkovic.

“Our in-orbit validation tests so far have been in line with expectation and beyond, giving us a lot of confidence in the performance of the final system, once completed.

“And using a combination of satellites is just how the upgraded system will operate in practice, in order to localise distress signals.”

Currently, Cospsas–Sarsat relies on satellites in both low and geostationary orbits. Galileo’s SAR payloads support the introduction of a new system based instead on satellites in medium orbits, combining the ability to perform rapid localisation with the very wide field of view afforded by the satellites’ high altitude – 23 222 km in the case of Galileo.

This increases the probability that the alert will be detected by multiple satellites at once, especially important if the beacon is partially obscured in a rugged landscape.

This high vantage point also means much fewer ground stations are required: “Just a trio of these stations has been deemed enough to serve all of European territory,” explained Erik van der Wenden, who oversaw their procurement for ESA.

“Maspalomas and Spitsbergen will combine with a third station at Larnaca in Cyprus, currently approaching completion. These three sites are monitored and controlled from the SAR Ground Segment Data Service Provider site, based at Toulouse in France.

All future Galileo satellites will carry SAR payloads, as will Glonass and the new generation of US GPS satellites, debuting later this decade.

In 2015–16, as the number of available satellites in medium orbits increases, the service will enter ‘Initial Operational Capability’, although an initial ‘SAR/Galileo Early Service’ is expected to start sooner.