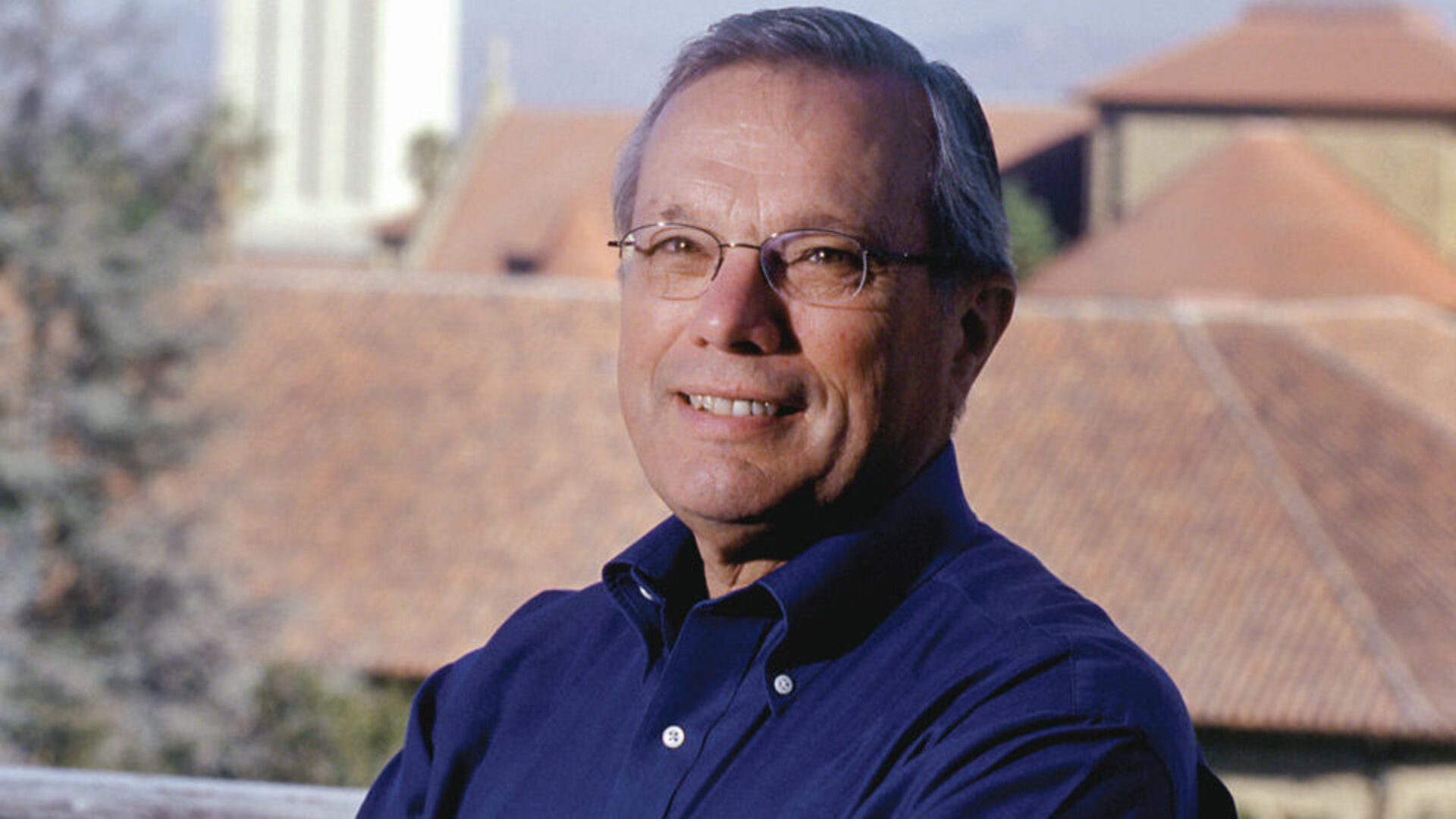 Brad Parkinson, hailed as the father of GPS, has visited ESA’s technical heart to meet the team behind Europe’s Galileo satellite navigation system.

Brad Parkinson was awarded the 2016 Marconi Prize for his part in developing satellite navigation. In 1972, then a US Air Force Colonel, he was put in charge of ‘Program 621B’, which became the Global Positioning System. Over one long September weekend in 1973 he and his team decided all key GPS elements. The first satellite was launched in February 1978.

Prof Parkinson congratulated the Galileo team on their achievement: “Back around the turn of the century, there were elements in the US government who were extremely opposed to Galileo. I didn’t see it that way.

“Instead, I regarded it as largely inevitable, and that another constellation of reliable navigation satellites would be of enormous value to users across the entire world. That’s really the noble goal behind all this, not GPS or Galileo individually, but PNT – providing position, navigation and timing services to everyone.

“I was privy to some early discussion on Galileo, and there were some Europeans saying they didn’t want anything like GPS. But there were a number of experts pointing out all the time and effort that had gone into defining GPS and frankly they responded that the GPS system was pretty near optimal.

GPS and Galileo utilise complementary signal modulations to enable seamless combined use. Negotiations are under way to provide the US government with access to Galileo’s Public Regulated Service, the most precise and secure class of Galileo signal.

Satellite navigation has come far from its military origin: there are billions of satnav receivers in use today. Prof. Parkinson is not surprised: as a Professor at California’s Stanford University, he and his students pioneered many applications, including the first GPS-steered tractor for precision agriculture, and a blind GPS-guided aircraft landing back in 1992.

“There are misapprehensions on this, but from day one GPS was conceived as a military/civil system – I testified to Congress accordingly back in 1975.

“The sheer diversity of uses has been surprising. Surveyors were early adopters, with land surveying that used to take days or weeks being performed within hours, while geologists have gained enormous understanding of earthquakes and the like by measuring ground motion of a few millimetres annually.

“Looking ahead, within 15 years many human-operated vehicles – automobiles, trucks, aircraft and ships – will be self-driving, with one essential element being satellite navigation.”

One pleasant surprise has been the extremely precise ranging achieved through ‘realtime kinematics’ and other advanced signal processing methods.

But Prof. Parkinson warned that such achievements will be at risk if adjacent radio frequencies are turned over to terrestrial users, potentially leading to overlapping interference several billion times stronger than the faint satellite signals.

“It’s a creeping obligation, internationally, to defend the radio spectrum in order to assure PNT to users worldwide, in order to nurture and support new uses of satellite navigation.”