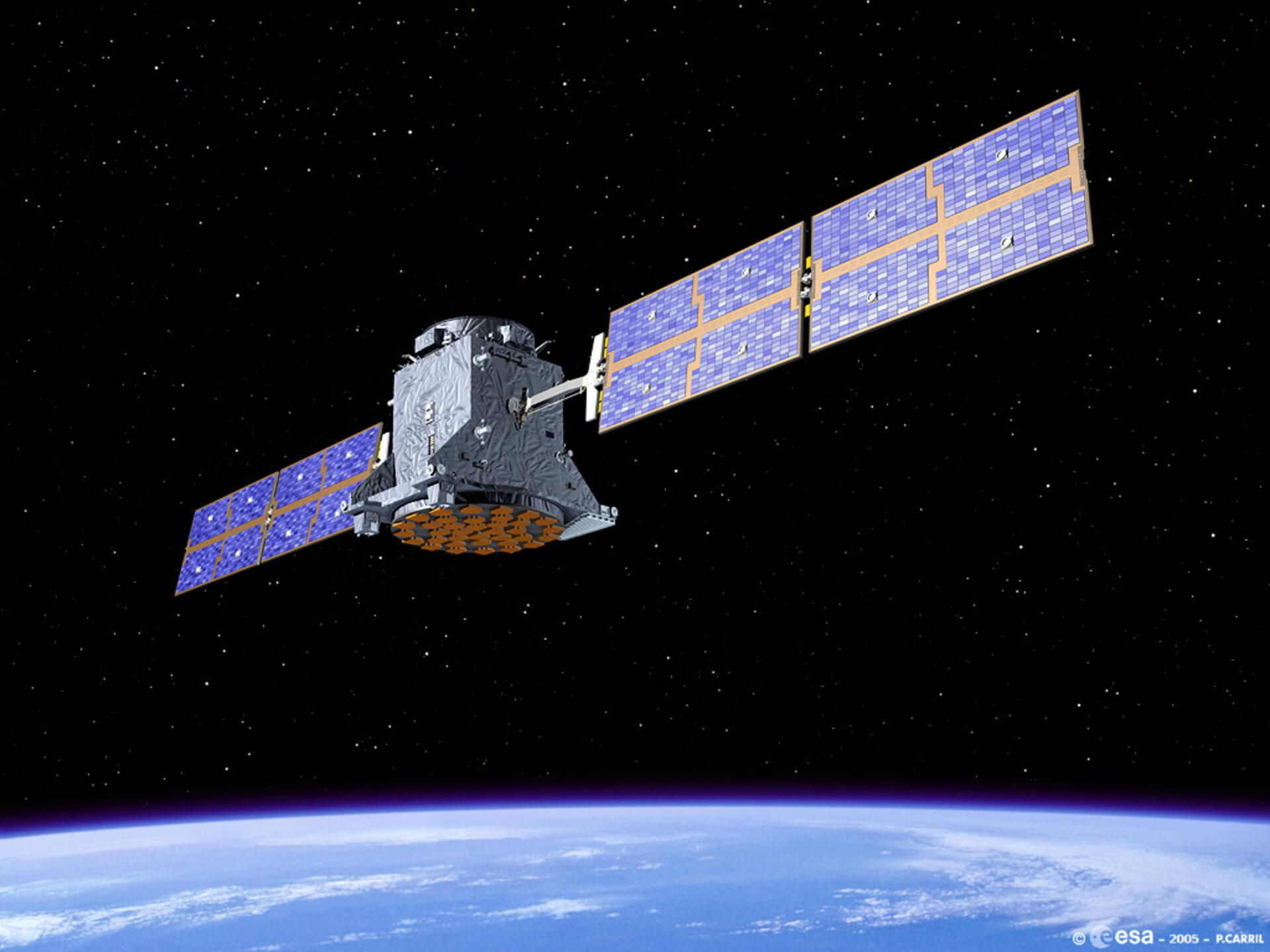 ESA PR 49-2005. Galileo, Europe’s novel satellite navigation system, is getting ready for launch, preparing the way for the delivery of a new and advanced global civil positioning service for the benefit of citizens in Europe and worldwide.

The first two satellites in the Galileo constellation, two experimental trail-blazers dubbed GSTB-V2/A and GSTB-V2/B, are at an advanced stage of preparation, ready to make the first step (*) under the In-Orbit Validation phase of the Galileo programme. Both are currently in the last-tests phase before commencing their mission into orbit. The first, GSTB-V2/A, is at present undergoing its final environmental test campaign (solar simulation, acoustic and vibration checks) on the test facilities at ESA's ESTEC centre in Noordwijk (The Netherlands). The second, GSTB-V2/B, is undergoing its final integration tests at the Alenia Spazio facilities in Rome (Italy).

The two launches will be performed by a Soyuz rocket from the Baikonur cosmodrome, the first by the end of 2005. The second launch is planned for later on in 2006.

On Tuesday 9 November, media representatives will have a unique opportunity to get an in-depth Galileo background briefing given by several experts. After the briefing, Ms Karla Peijs, Dutch Minister of Transport, Public Works & Water Management, and Jean-Jacques Dordain, ESA’s Director General, will share with the media an opportunity to see the first spacecraft at ESA’s Test Centre at ESTEC. At the same time, Minister Peijs will announce the chosen names of the two experimental satellites.

The programme at ESA/ESTEC will include:

(*)This “first step” in the Galileo programme is known as the Galileo System Test Bed (GSTB) and comprises the launch of experimental satellites to secure the frequencies allocated to Galileo by the International Telecommunications Union (ITU) to test in-orbit-critical technologies and the novel navigation signals specifically developed for this programme.

The GSTB-V2/A satellite currently undergoing tests at ESA/ESTEC is being developed by Surrey Satellite Technology Ltd (UK). It is intended to fulfil the following main objectives: securing frequency filings, validation of key technologies such as rubidium clocks, characterisation of the orbital environment and signal experimentation using two transmission channels in parallel.

The In-Orbit Validation phase will be completed by deploying a constellation of four satellites (the minimum number required to guarantee the exact position/time at test locations) along with the provision of a number of associated ground stations. After that, the Full Deployment phase will cover the manufacturing and launch of the 26 additional satellites and the completion of the ground segment, an extensive network of stations and service centres.

Galileo is a joint initiative of the European Commission and the European Space Agency. It is the first satellite positioning and navigation system specifically designed for civilian purposes and will offer state-of-the-art services with outstanding performance in terms of accuracy, integrity, continuity and availability.