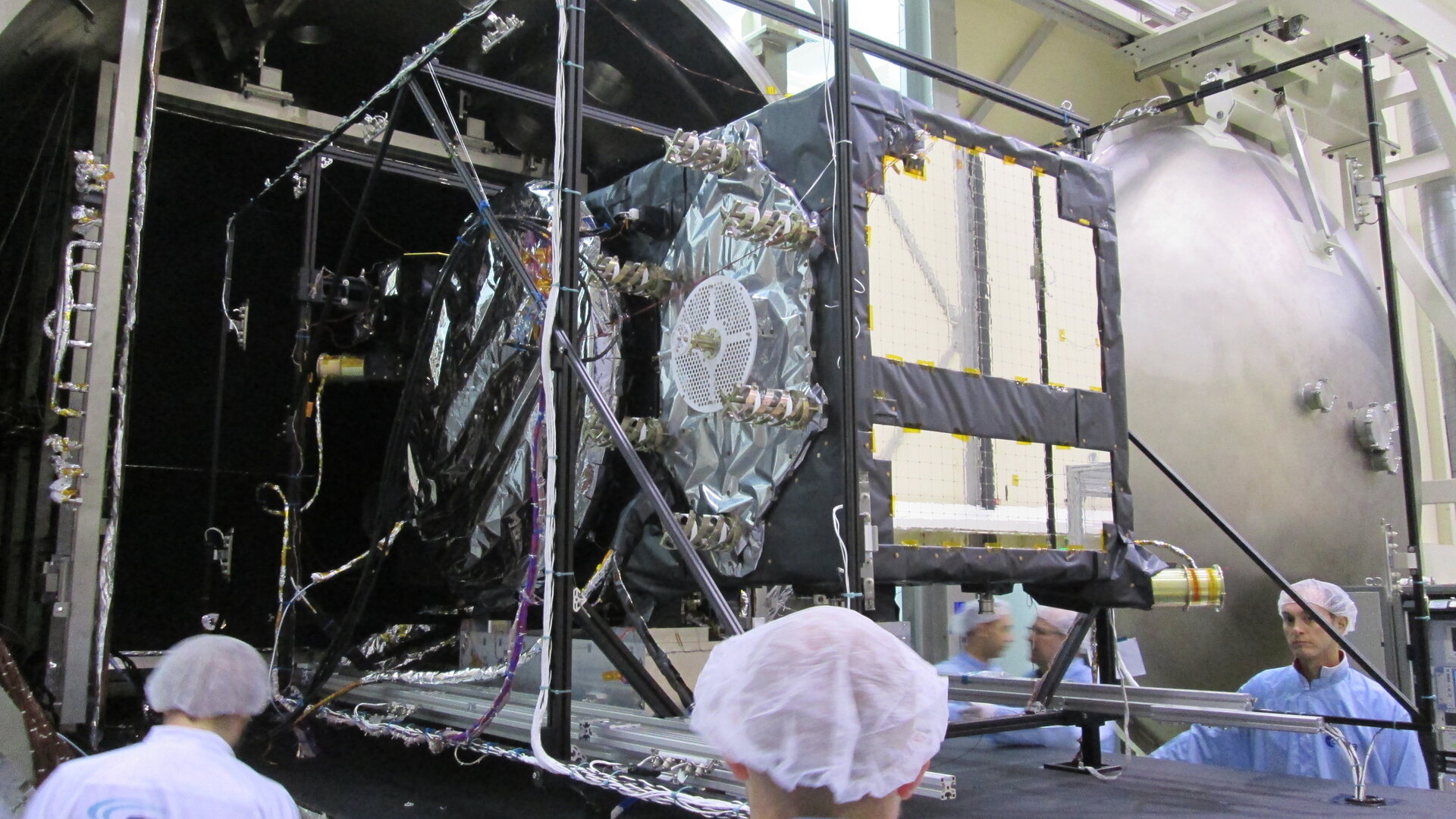 Europe’s latest Galileo was unboxed at ESA’s technical centre in the Netherlands last month, bringing the total number of satellites at the site to four.

ESTEC in Noordwijk is the largest satellite test facility in Europe, with all the equipment needed to simulate every aspect of the launch and space environment under a single roof.

It is an essential stop on the way to space for Europe’s Galileo satellites, built by OHB in Bremen, Germany with navigation payloads from Surrey Satellite Technology Ltd in Guildford, UK.

The 12th Galileo arrived by lorry from Bremen on 13 May, in a custom-built environmentally controlled container.

The satellite will begin with a thermal–vacuum test in a 4.5 m-diameter stainless steel chamber, subjected to about five weeks of hard vacuum and the temperature extremes of space.

Galileo-11 recently completed the same trial before moving on to final system testing, including a compatibility run with the ground network.

Meanwhile, the ninth and tenth satellites are in storage at ESTEC, having passed their own checks. They will be flown to Europe’s Spaceport in French Guiana in late July for launch by Soyuz in September, which will bring the total in orbit into double figures.

The first four Galileos, launched in 2011 and 2012, were ‘in-orbit validation’ satellites, built by prime contractor Airbus Defence & Space. They confirmed that the overall system worked as planned, while also serving as the foundation of the full constellation to follow.

The follow-up Full Operational Capability satellites are now being launched regularly to increase the size of the constellation to the point where early Galileo services can begin next year.

Galileo is a collaboration between ESA and the European Commission. The validation phase was co-funded by ESA and the EC, while the full operational phase is funded by the EC. Under a delegation agreement, ESA acts as design and procurement agent on behalf of the Commission.