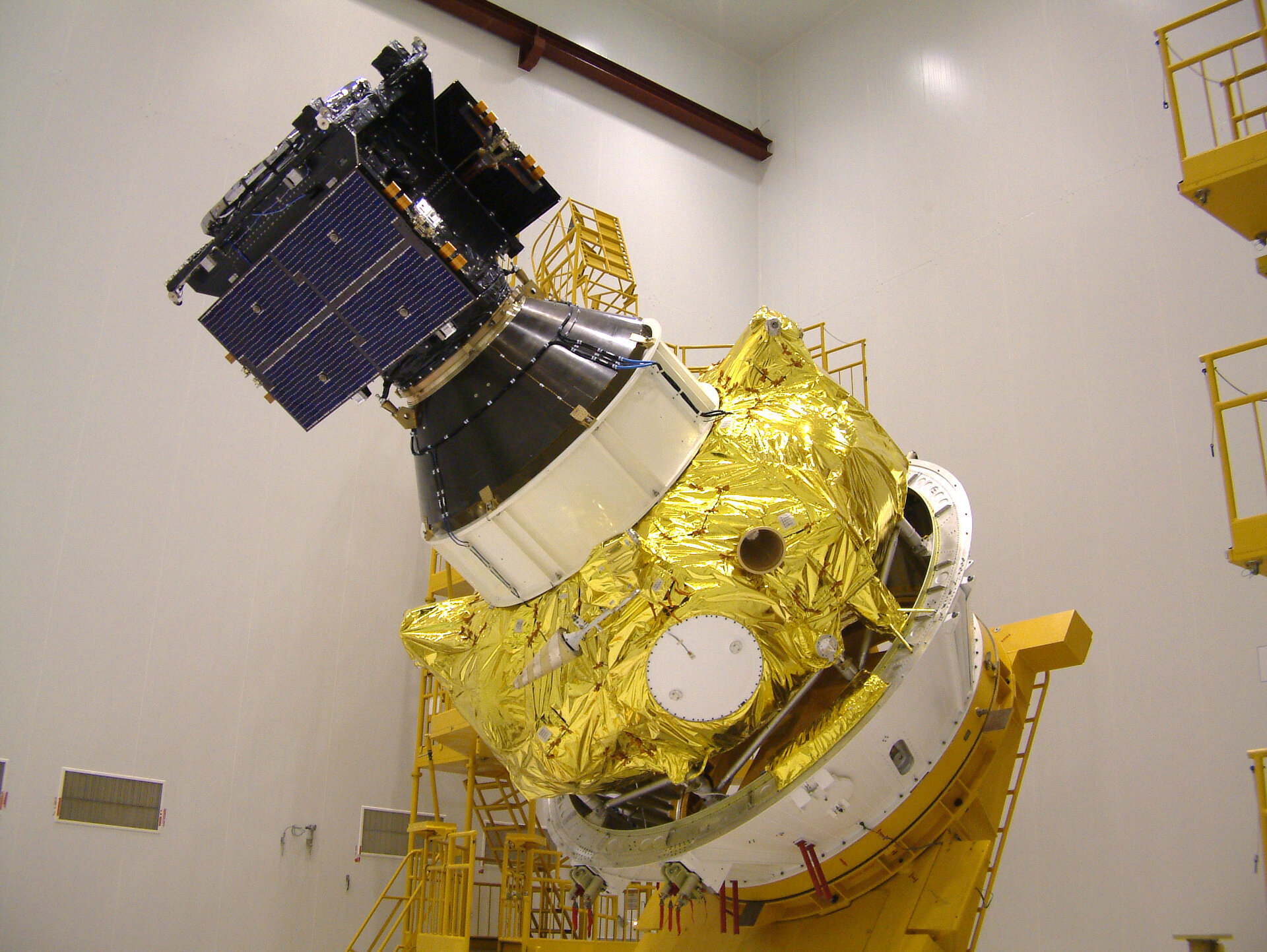 Preparations for the launch of GIOVE-A, the first Galileo satellite, are continuing at the Baikonur Cosmodrome. The spacecraft has been mated with the Fregat upper stage of the launch vehicle and a revised launch date of 28 December has been agreed.

After its transfer to the Upper Composite Integration Facility (UCIF), GIOVE-A was removed from its transport container and mated with the Launch Vehicle Adapter (LVA) which connects it to the Soyuz/Fregat launcher. The clamp band that secures GIOVE to the LVA during ground handling and launch and then releases it at spacecraft separation was set up and the umbilical cable that permits battery charging and communication with the satellite was connected.

Once GIOVE was ready for final testing and flight, the spacecraft and LVA were mated with the Fregat upper stage of the launch vehicle, forming the ‘upper composite’. This will be lifted into space by the Soyuz launcher and, once the third stage of the Soyuz has separated and been left behind, the Fregat will burn its engine three times to manoeuvre GIOVE into the correct orbit.

The next stage of launch preparations will be to remove all non-flight items such as protective covers and enclose the upper composite in the fairing, or nose cone, that will protect GIOVE as it rises through the atmosphere.

On 20 December, a delay to the launch of GIOVE-A was announced. This was due to an anomaly detected in the ground station network during pre-flight testing. Following corrective action and verification of the affected systems, it has now been agreed that the launch will take place on 28 December at 05:19 UTC/GMT (06:19 CET, 11:19 Baikonur local time).