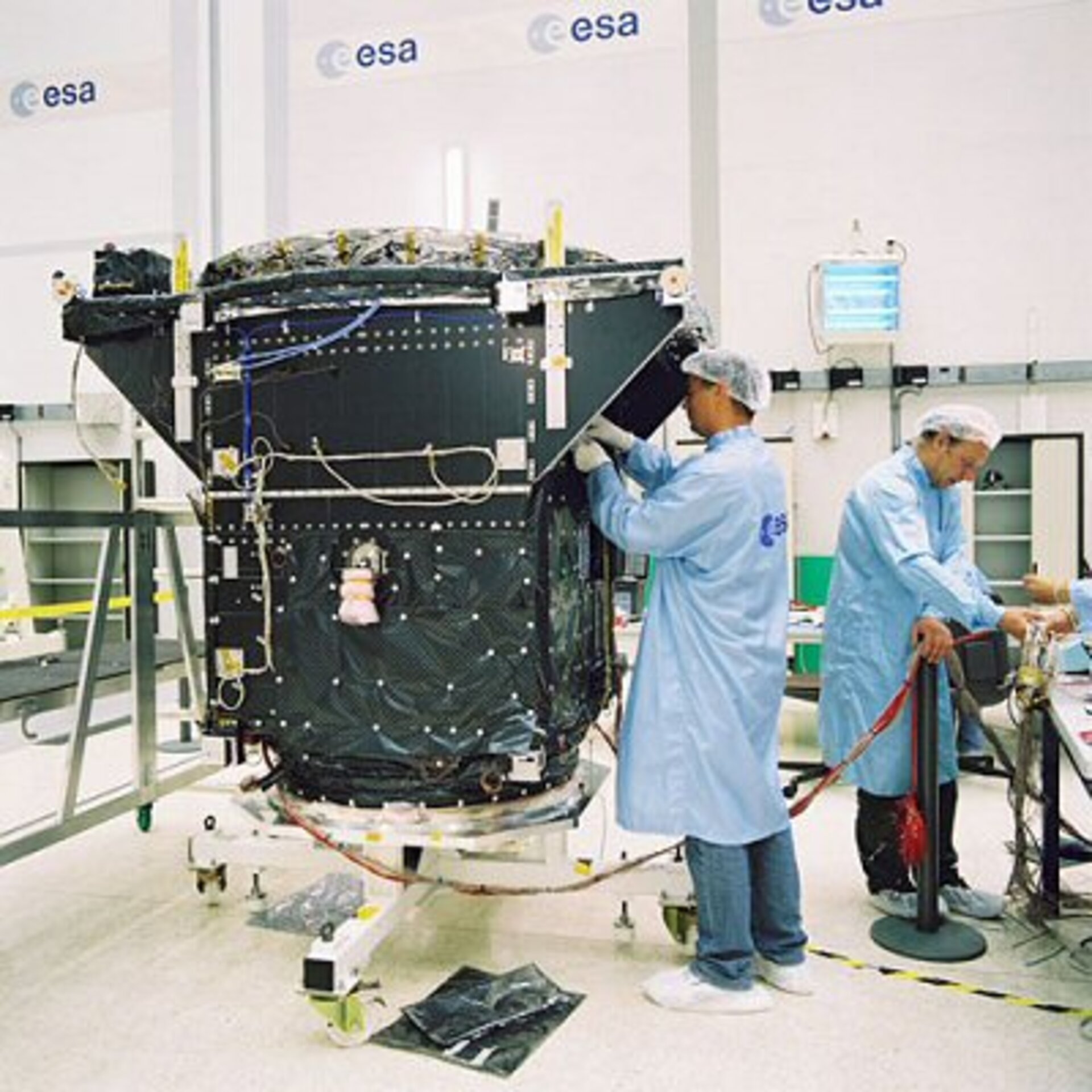 One of the two Galileo satellites currently under development, has arrived at ESA’s European Space Research and Technology Centre to undergo testing.

Two satellites are being developed for the Galileo System Test Bed – Version 2, which will make up the first phase of in the validation' of the Galileo system.

The primary mission of the first Galileo satellites is to secure the Galileo frequency filings, validate new technologies for operational use, characterise the radiation environment of the medium earth orbits that the operational satellites will occupy and enable experimentation with live Galileo signals.

Galileo is a global navigation satellite infrastructure under civil control. It is a joint initiative of the European Commission and ESA.

The spacecraft is being developed by Surrey Satellite Technology Ltd (SSTL), based in The United Kingdom. It is a stabilized satellite with a body measuring and it has a mass of about Seven hundred Watts of electrical power will be provided by two sun-tracking solar arrays each 1.74 m long when deployed.

The satellite will carry a payload that will transmit a Galileo experimental signal. Main elements of the payload are:

ESA maintains a large centre for the testing of space vehicles and their subsystems at its European Space Research and Technology Centre (ESTEC), located at Noordwijk in The Netherlands. The ESTEC Test Centre has the capability of simulating the conditions that spacecraft will experience during launch and once they are in space. ESA will conduct the testing on behalf of the spacecraft manufacturer.

The tests that will undergo include:

has had the instrument sensors needed for the first sequence of tests installed and it has been placed in the LSS ready for the start of thermal vacuum and thermal balance testing.

The other of the two Galileo satellites, made by the European consortium Galileo industries, is currently being assembled and tested at the premises of Alenia Spazio in Rome, prior to moving to ESTEC for final testing in the autumn.

The first Galileo launch is scheduled for December this year. The satellite will be carried into space from the Baikonur cosmodrome in Kazakhstan by a Soyuz launcher.