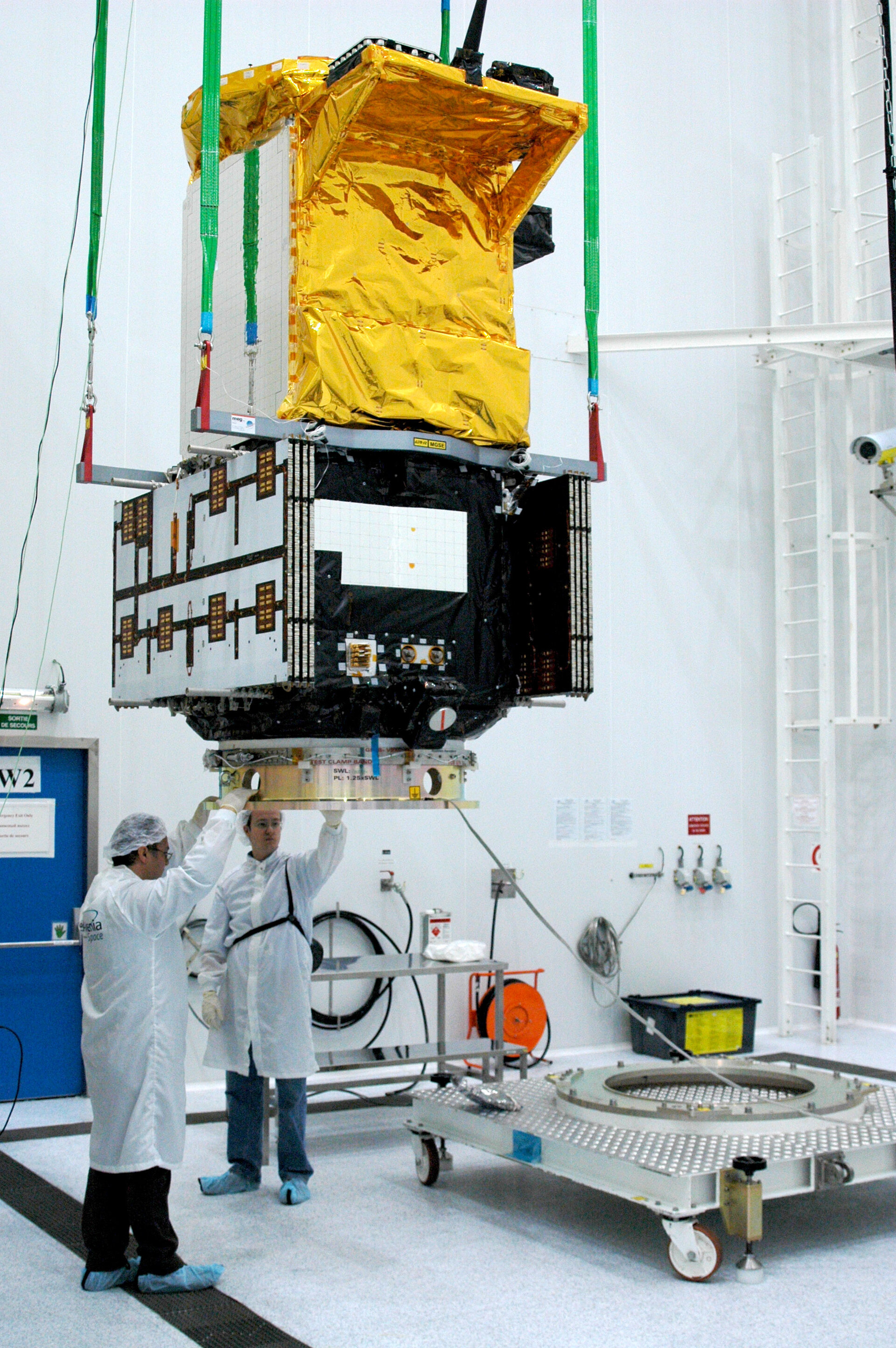 GIOVE-B has been transferred to the Hazardous Processing Facility at Baikonur Cosmodrome and fuelling of the spacecraft has been successfully completed.

After completion of its post-delivery checkout in the Payload Processing Facility at Baikonur, was moved to the Hazardous Processing Facility (HPF) on 7 April. The HPF is equipped for handling the potentially harmful substances used in the propulsion systems of space vehicles.

Once in the HPF, was loaded with 28 kg of hydrazine - used as fuel by the thrusters that manoeuvre the spacecraft in orbit. When hydrazine is passed over a catalyst in the thrusters, it decomposes to produce large volumes of very hot gases, making it an ideal spacecraft propellant.

Fuelling was completed on 9 April. Today, will be moved to the Upper Composite Integration Facility - where it will be mated with the launch vehicle's Fregat upper stage. Both and Fregat will then be enclosed in the fairing, or nosecone, that will protect them as the Soyuz launcher propels them through the Earth's atmosphere.

Later, the complete Fregat upper composite will be taken to the Launcher Integration Building (MIK) to be mounted on the Soyuz launcher.