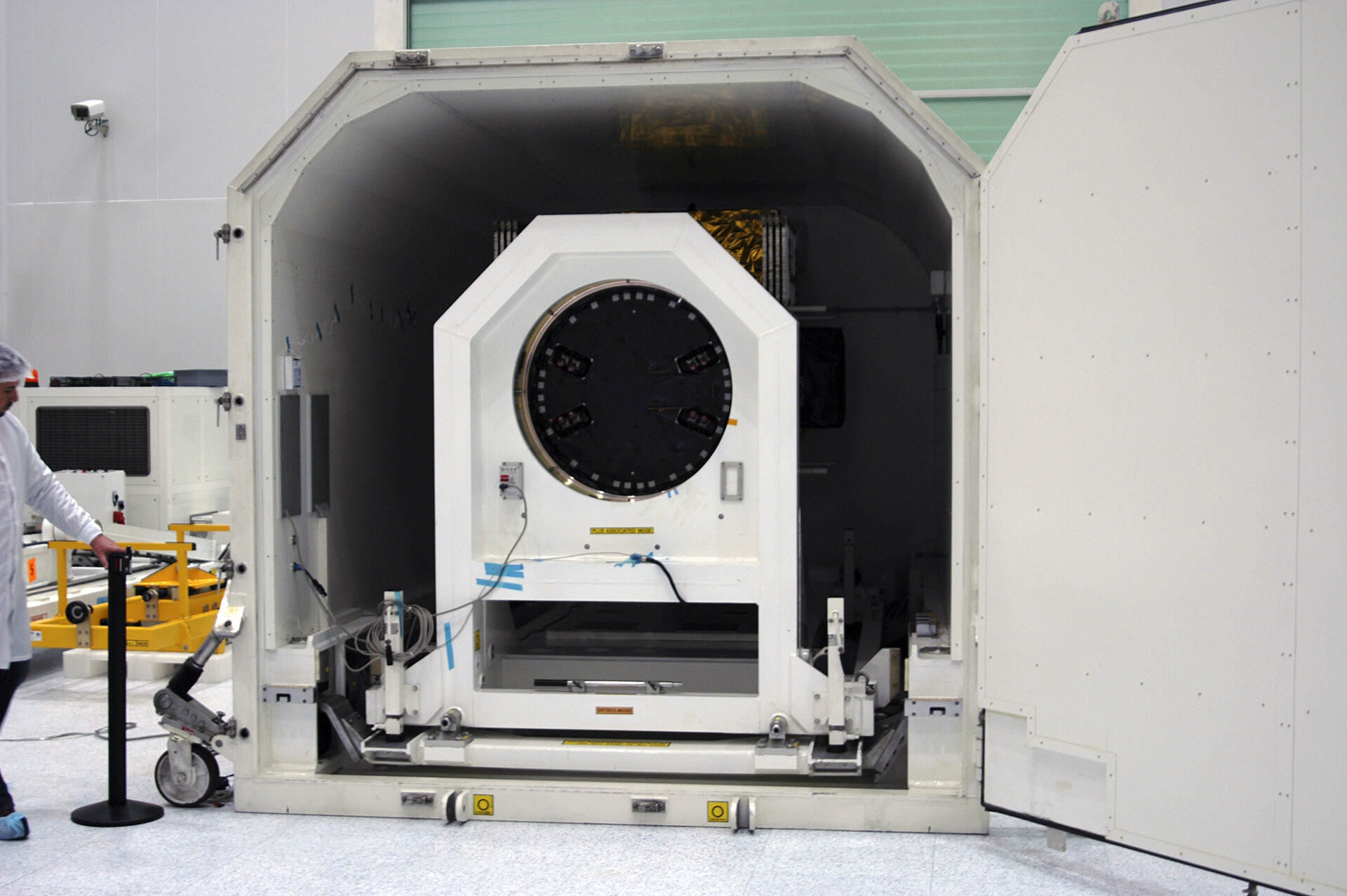 GIOVE-B, the second Galileo in-orbit validation satellite, has been removed from its transport container in a clean room at the Baikonur Cosmodrome in Kazakhstan.

A team of engineering staff made up of personnel from ESA and the industrial consortium that developed GIOVE-B will now check out the satellite and its associated ground support systems.

Later, once it is ready for its mission, GIOVE-B will be mated with the Fregat upper stage of the launcher and then covered with the fairing (nosecone) that will protect it as the launch vehicle climbs through the Earth's atmosphere.

As the date for launch approaches, the upper composite, made up of GIOVE-B, the Fregat and the fairing, will be transported by rail to the integration building and mounted on the third stage of the Soyuz FG launcher.

The completed launcher, which is assembled in a horizontal configuration, will then move by rail to the launch pad, where it will be raised into the vertical position, ready for lift off.