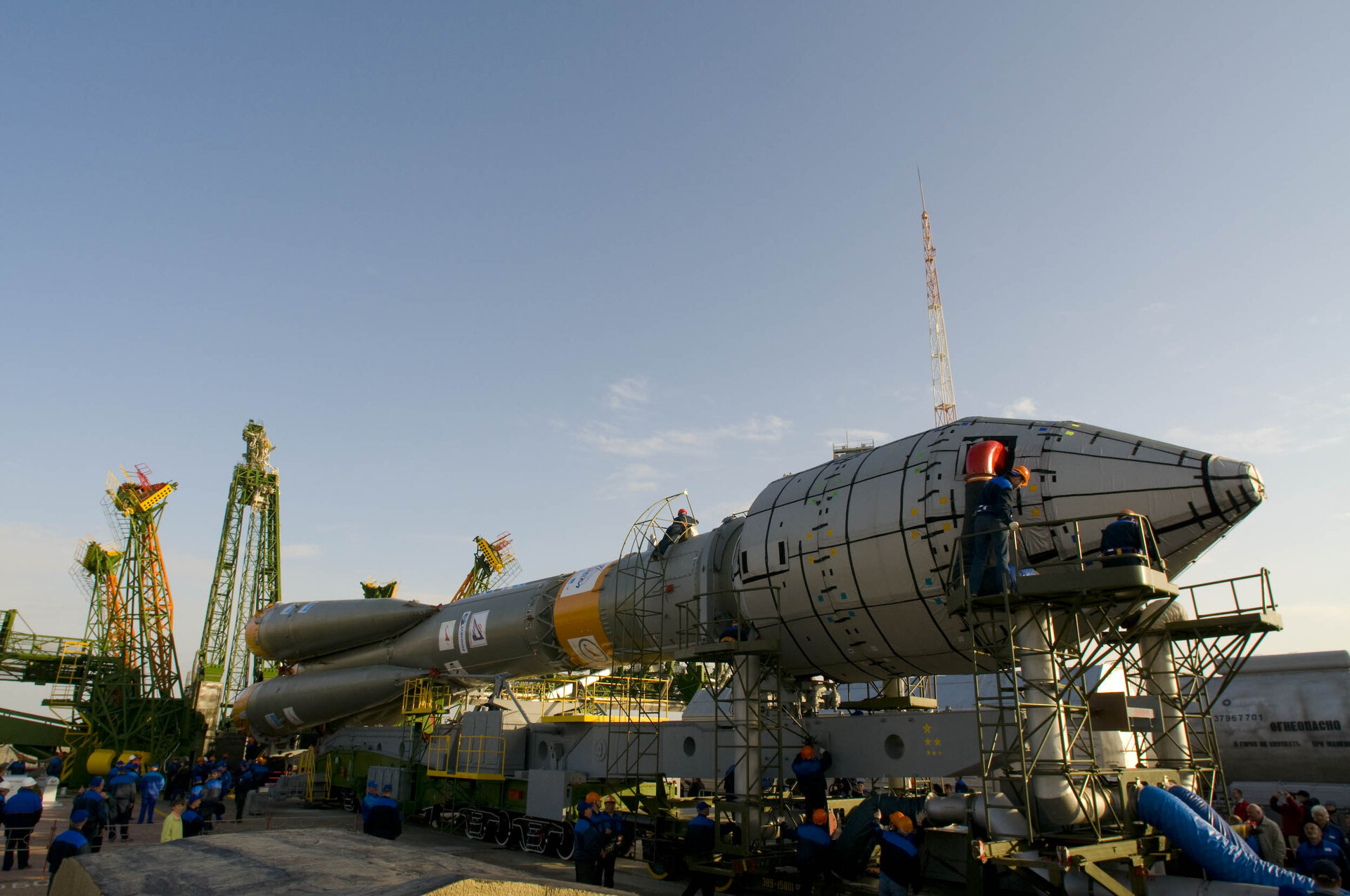 The launcher that will carry GIOVE-B into orbit has been moved from the final assembly building to the launch pad in preparation for liftoff on Sunday morning.

Shortly after sunrise this Tuesday morning in Baikonur, a Soyuz launcher with the satellite in its fairing was carried onto its launch pad. Indeed, a small train was formed to cross the kilometre between the final assembly building and the launch zone: a locomotive pulling the rocket followed by the wagons needed to provide energy and air conditioning to the spacecraft.

A more than classic image: these operations have been performed this way for over 50 years, since the launch of Sputnik, the first satellite sent into orbit, and of Yuri Gagarin, the first man in space.

A traditional vision but still very moving, illustrating the activity on this historical 'cosmodrome' which, after the race for space during the cold war, has been progressively opening itself up and is now able to be used for a programme such as Galileo - with this second launch by Soyuz following on from on 28 December 2005.

The Soyuz operations are well known, since there have been close to 1800 launches. This does not prevent engineers and technicians, from Europe but also from the launch facility, from rushing to make pictures in front of 'their' rocket. Some even have tears in their eyes while watching the train arriving at the pad and the rocket being raised to the vertical, ready to race into the cosmos.

The Soyuz machine worked like a Swiss clock, and in two hours the train could return to the assembly building, leaving Soyuz on its pad. The launcher is surrounded by its servicing tower, whose petals will now re-open half an hour before the lift off at 04:16 Sunday morning in Baikonur - sixteen minutes after midnight for Europe.

At the launch zone it is now time for the final preparations, in particular the holding of a general rehearsal on Thursday. Fueling of the launcher will be carried out on Saturday - a task that will be authorised less than five hours before lift off.

Thus, a decisive step is coming for this second Galileo satellite, Once in orbit, it will be the most advanced navigation satellite. First, it has to get into space, and even if operations are well controlled here, where the quest for the stars started, a launch is never routine. Even the more experienced engineers cross their fingers while looking at Soyuz standing against the Kazakh sky. At its top, - fully ready for its mission: to demonstrate the correctness of the technological choices made by ESA for the Galileo system.