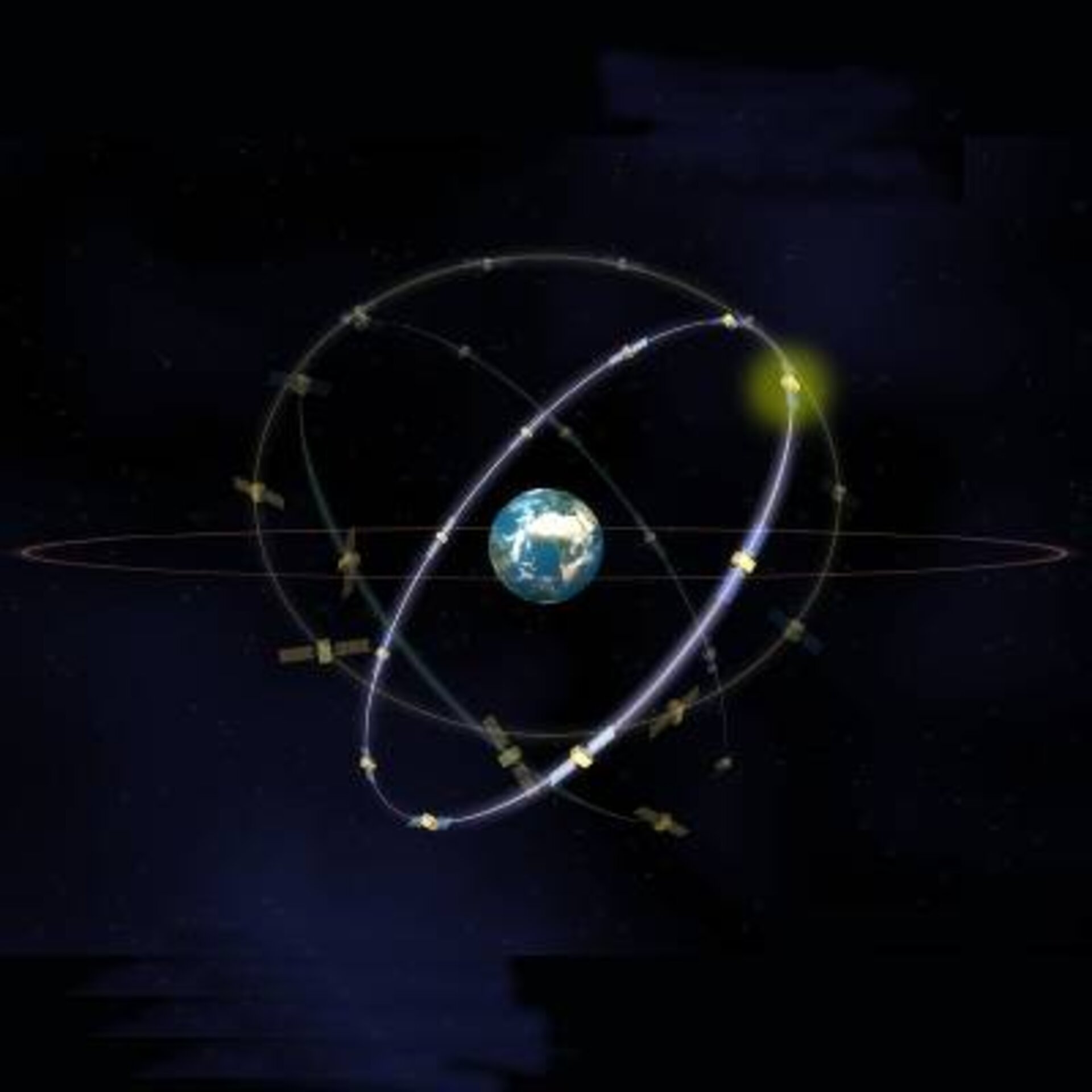 When Galileo, Europe's own global satellite navigation system, is fully operational, there will be 24 satellites plus spares in Medium Earth Orbit (MEO) at an altitude of 23 222 kilometres. Eight active satellites will occupy each of three orbital planes inclined at an angle of 56° to the equator. The satellites will be spread evenly around each plane and will take about 14 hours to orbit the Earth. Two further satellites in each plane will be a spare; on stand-by should any operational satellite fail.

Planners and engineers at ESA had good reasons for choosing such a structure for the Galileo constellation. There is a very high probability (more than 90%) that anyone anywhere in the world will always be in sight of at least four satellites and hence will be able to determine their position from the ranging signals broadcast by the satellites. The inclination of the orbits was chosen to ensure good coverage of polar latitudes, which are poorly served by the US GPS system.

From most locations, six to eight satellites will always be visible, allowing positions to be determined very accurately – to within a few centimetres. Even in high rise cities, there will be a good chance that a road user will have sufficient satellites overhead for taking a position, especially as the Galileo system is interoperable with the US system of 24 GPS satellites.

When all the satellites are in space on these three orbital planes, Galileo will be fully operational, providing its services to a wide variety of users throughout the world.