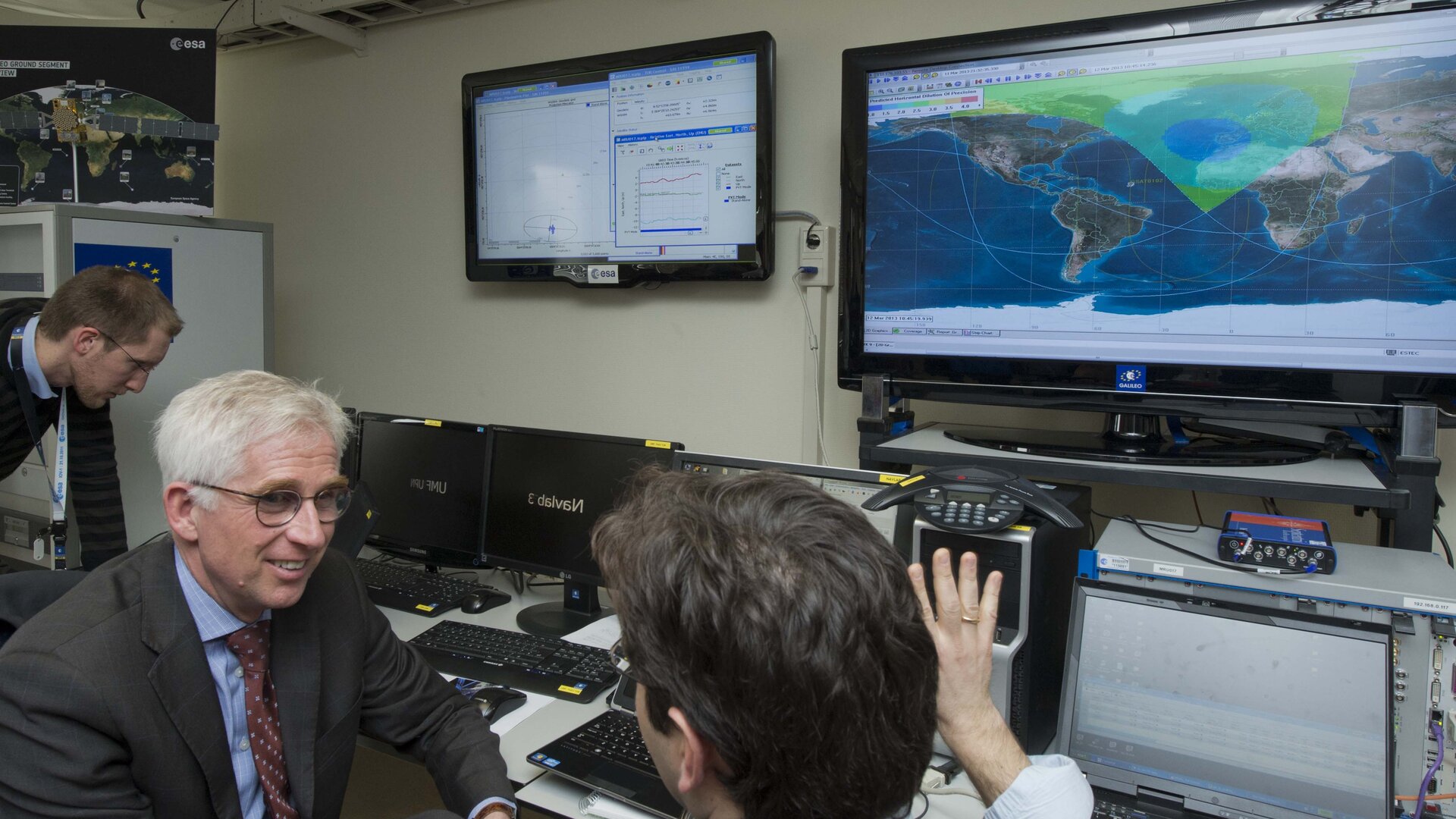 Europe’s new age of satellite navigation has passed a historic milestone – the very first determination of a ground location using the four Galileo satellites currently in orbit together with their ground facilities.

This fundamental step confirms the Galileo system works as planned.

A minimum of four satellites is required to make a position fix in three dimensions. The first two were launched in October 2011, with two more following a year on.

“Once testing of the latest two satellites was complete, in recent weeks our effort focused on the generation of navigation messages and their dissemination to receivers on the ground,” explained Marco Falcone, ESA’s Galileo System Manager.

This first position fix of longitude, latitude and altitude took place at the Navigation Laboratory at ESA’s technical heart ESTEC, in Noordwijk, the Netherlands on the morning of 12 March, with an accuracy between 10 and 15 metres – which is expected taking into account the limited infrastructure deployed so far.

This fix relies on an entirely new European infrastructure, from the satellites in space to the two control centres in Italy and Germany linked to a global network of ground stations on European territory.

“From the historical perspective, this is the first time ever that Europe has been able to determine a position on the ground using only its own independent navigation system, Galileo.

“From the technical perspective, generation of the Galileo navigation messages is an essential step for beginning the full validation activities, before starting the full deployment of the system by the end of this year.”

With only four satellites for the time being, the present Galileo constellation is visible at the same time for a maximum two to three hours daily. This frequency will increase as more satellites join them, along with extra ground stations coming online, for Galileo’s early services to start at the end of 2014.

With the validation testing activities under way, users might experience breaks in the content of the navigation messages being broadcast. In the coming months the messages will be further elaborated to define the ‘offset’ between Galileo System Time and Coordinated Universal Time (UTC), enabling Galileo to be relied on for precision timing applications, as well as the Galileo to GPS Time Offset, ensuring interoperability with GPS. In addition, the ionospheric parameters for single frequency users will be broadcast at a later stage.

The definition phase and the development and in-orbit validation phase of the Galileo programme were carried out by ESA and co-funded by ESA and the European Union.