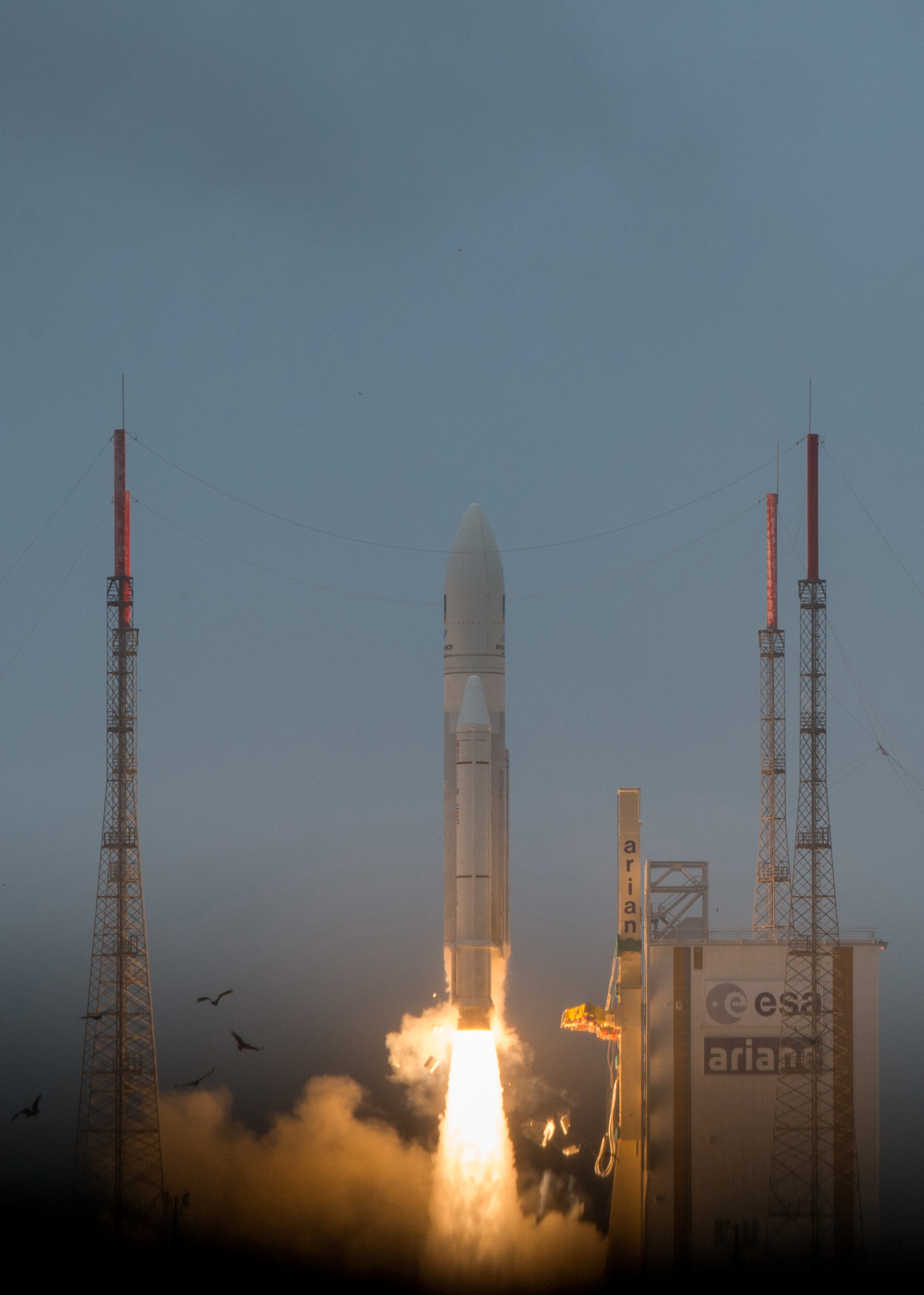 Europe has four more Galileo navigation satellites in the sky following their launch on an Ariane 5 rocket. After today’s success, only one more launch remains before the Galileo constellation is complete and delivering global coverage.

They were released into their target 22 922 km-altitude orbit by the dispenser atop the Ariane 5 upper stage. In the coming days, this quartet will be steered into their final working orbits. There, they will begin around six months of tests – performed by the European Global Navigation Satellite System Agency (GSA) – to check they are ready to join the working Galileo constellation.

This mission brings the Galileo system to 22 satellites. Initial Services began almost a year ago, on 15 December 2016.

“Today’s launch is another great achievement, taking us within one step of completing the constellation,” remarked Jan Wörner, ESA’s Director General.

“It is a great achievement of our industrial partners OHB (DE) and SSTL (GB) for the satellites, as well as Thales-Alenia-Space (FR, IT) and Airbus Defense and Space (GB, FR) for the ground segment and all their subcontractors throughout Europe, that Europe now has a formidable global satellite navigation system with remarkable performance.”

Paul Verhoef, ESA’s Director of Navigation, added: “ESA is the design agent, system engineer and procurement agent of Galileo on behalf of the European Commission. Galileo is now an operating reality, so, in July, operational oversight of the system was passed to the GSA.

“Accordingly, GSA took control of these satellites as soon as they separated from their launcher, with ESA maintaining an advisory role. This productive partnership will continue with the next Galileo launch, by Ariane 5 in mid-2018.

“Meanwhile, ESA is also working with the European Commission and GSA on dedicated research and development efforts and system design to begin the procurement of the Galileo Second Generation, along with other future navigation technologies.”

Next year’s launch of another quartet will bring the 24‑satellite Galileo constellation to the point of completion, plus two orbital spares.

Galileo is Europe’s civil global satellite navigation system. It will allow users worldwide to know their exact position in time and space with great precision and reliability. Once complete, the system will consist of 24 operational satellites and the ground infrastructure for the provision of positioning, navigation and timing services.

Galileo’s deployment, the design and development of the new generation of systems and the technical development of infrastructure are entrusted to ESA. The definition, development and in-orbit validation phases were carried out by ESA, and co‑funded by ESA and the European Commission.

GSA is ensuring the uptake and security of Galileo. Galileo operations and provision of services were entrusted to the GSA in July 2017.

Learn more about Galileo at:

By coordinating the financial and intellectual resources of its members, ESA can undertake programmes and activities far beyond the scope of any single European country. It is working in particular with the EU on implementing the Galileo and Copernicus programmes as well as with Eumetsat for the development of meteorological missions.