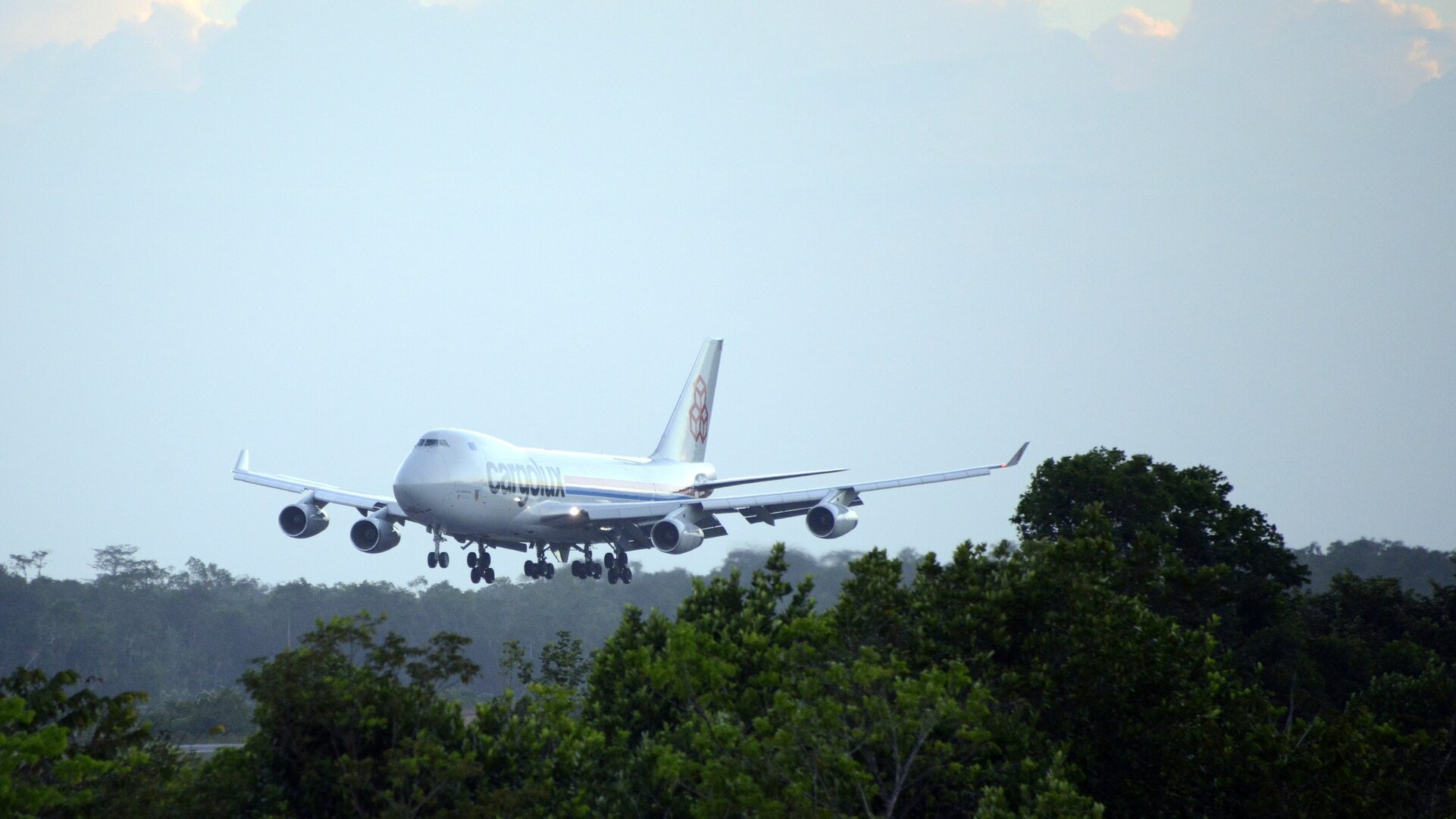 Europe’s next two Galileo navigation satellites have touched down in Europe’s Spaceport in French Guiana ahead of the launch of a quartet by Ariane 5 at the end of this year.

Galileos 19 and 20 left Luxembourg Airport on a Boeing 747 cargo jet on the morning of 18 September, arriving at Cayenne – Félix Eboué Airport in French Guiana that evening.

Safely cocooned within protective air-conditioned containers, the pair were offloaded and driven to the cleanroom environment of the preparation building within the space centre.

This building will remain their home as preparations for their launch proceeds, with the next two Galileos due to join them later this month.

The satellites join the first elements of their customised Ariane 5 at the centre – including its cryogenic main stage and half-shell payload fairing – which were delivered by ship the week before.