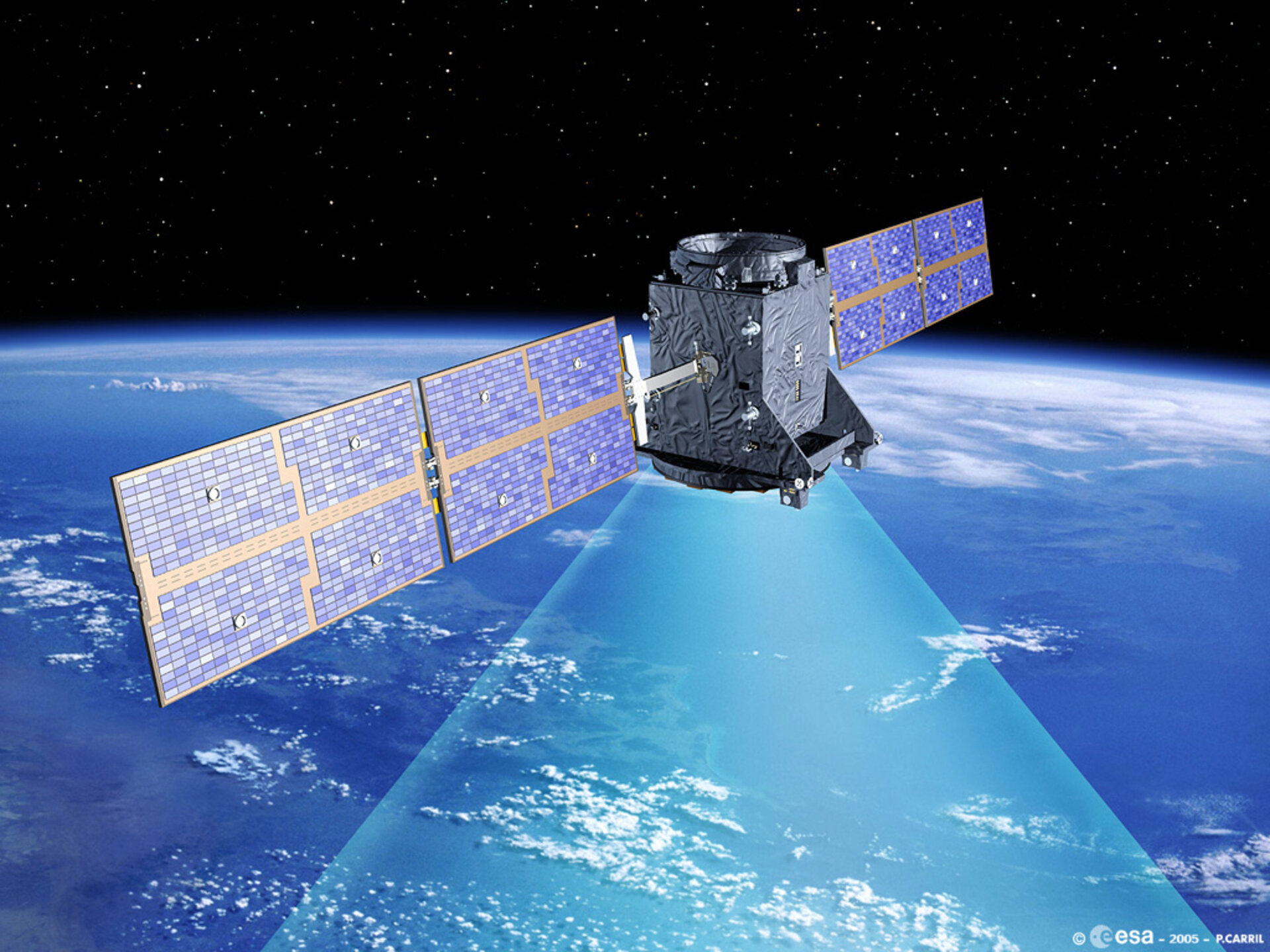 The first ‘Galileo In-Orbit Validation Element’, GIOVE-A, was launched on 28 December 2005 by a Soyuz rocket from Baikonur in Kazakhstan, carrying a prototype rubidium atomic clock designed for the Galileo constellation.

It was joined on 27 April 2008 by GIOVE-B, equipped with an ultra-precise passive hydrogen maser design as well as a second rubidium clock. Operational Galileo satellites will carry both clock designs for maximum reliability.

“Both satellites had a design lifetime of 27 months each,” said Valter Alpe, managing GIOVE activities for ESA. “It is a pleasant surprise, therefore, to have GIOVE-A still fully operational after 60 months in orbit. GIOVE-B, meanwhile, is showing no sign of problems after 33 months in space.

“Part of their long lifespans can be put down to design margins, though luck comes into it as well. The satellites have been orbiting through an exceptionally quiet time in the 11-year solar cycle, meaning they have accumulated lower radiation doses than originally anticipated.”

ESA and prime contractor Surrey Satellite Technology Ltd of the UK completed GIOVE-A extremely quickly. From the contract signing in July 2003 to launch took less than two and a half years.

ESA and the European Commission needed to begin using the radio frequencies the International Telecommunications Union had provisionally allocated to Galileo to secure their future access.

“GIOVE-A made it to orbit ahead of the ITU deadline, then began to broadcast Europe’s first navigation signal-from-space on 12 January 2006,” continued Valter. “This represented one major goal of the two GIOVE missions, but there were several others.”

“Europe has not used such orbits too often in the past, so both satellites were checking the radiation environment,” added Stefano Binda, Systems Performance Engineer for GIOVE.

“We needed to perform in-orbit testing of the purely European atomic clocks at the core of the Galileo system and an experimental version of the global Galileo ground mission segment could begin trials once we had the GIOVE signals-from-space.

“Those same signals have also proved a very useful resource for manufacturers of Galileo receivers worldwide, allowing them to easily test their designs against a realistic version of the final Galileo navigation signal.”

The results from GIOVE-A and –B have proved promising. Both atomic clock designs have proved resistant to radiation effects, with GIOVE-B’s passive hydrogen maser – designed to lose less than one second every three million years – running so well that errors cannot be spotted easily over the general measurement system noise.

With the Galileo IOV satellites on the way, GIOVE-A has already made room for them. It began manoeuvres in July 2009 towards a graveyard orbit, about 300 km above its normal orbit.

“Both GIOVEs will continue to have an important role,” added Stefano. “We can experiment with them in a way we won’t be able to with the operational Galileo constellation, which will be serving users on a 24/7 basis.

“And we want to see how their performance changes over time, especially now the solar cycle is becoming more active.

“While the GIOVE platforms are not really equivalent to Galileo, their payloads are broadly comparable. So considering that Galileo satellites are designed for 12-yearlives, we are very interested in seeing how the GIOVE payloads start to show their age.”