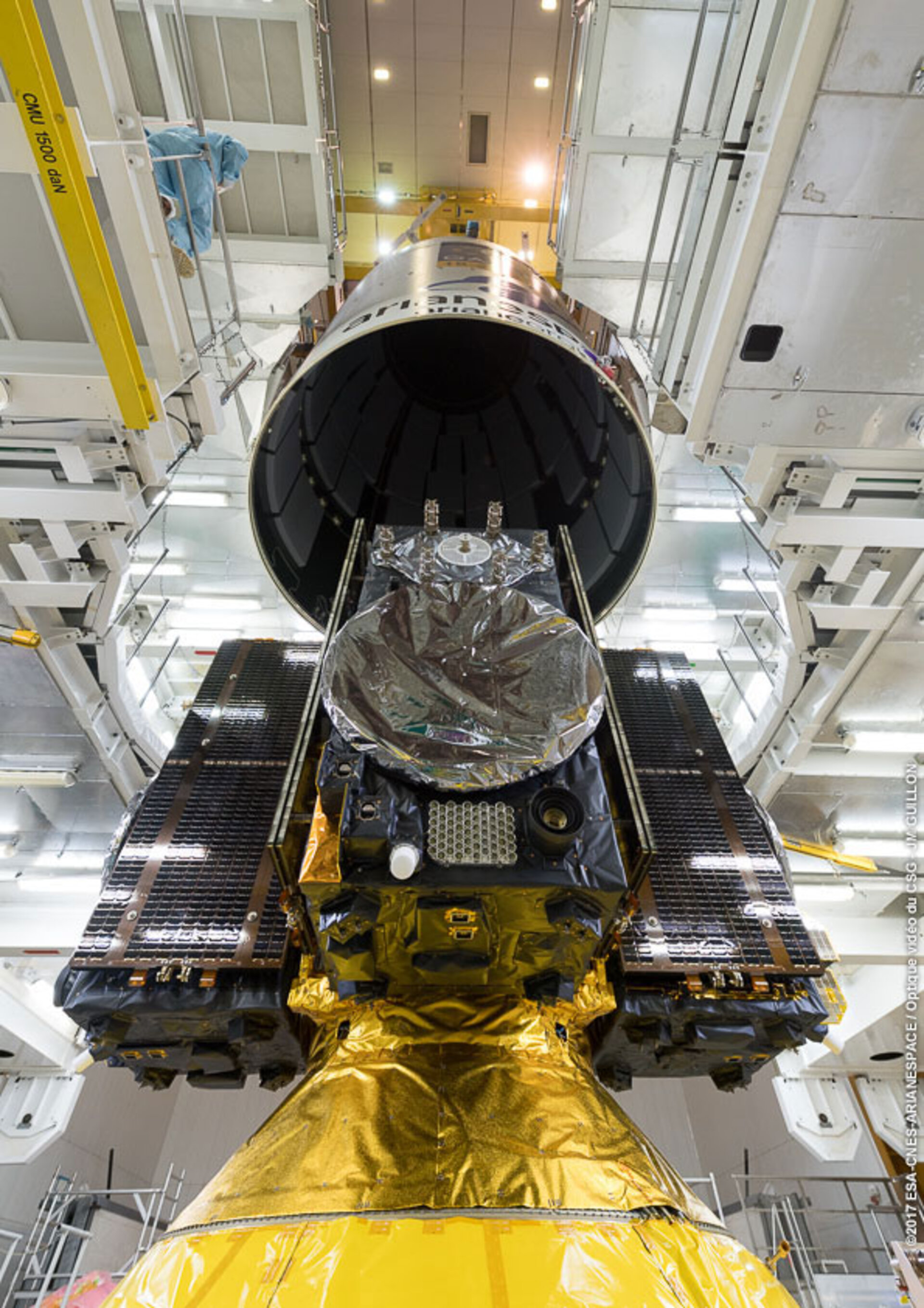 Europe’s next four Galileo navigation satellites are in place atop their Ariane 5, ready to be launched next Tuesday.

Completion of Galileo’s Ariane 5 rocket took place in the Spaceport’s Final Assembly Building, following the arrival there of the quartet of satellites, already attached to the dispenser that will hold them in position during launch, then release them into their target 22 922 km-altitude orbit

Next, the satellites plus dispenser were placed atop the Ariane 5’s upper stage, after which the 14 m-long protective fairing was lowered over the Galileos – the last time they will be seen by human eyes. This fairing will protect them from the onrushing atmosphere during ascent.

The next step will be Monday’s rollout to the launch zone.

This mission will bring the Galileo system to 22 satellites. Initial Services began almost a year ago, on 15 December 2016.

Next year’s launch of another quartet will bring the constellation of 24 satellites to completion, plus two orbital spares.

Galileo is Europe’s civil global satellite navigation system. It will allow users worldwide to know their exact position in time and space with great precision and reliability.