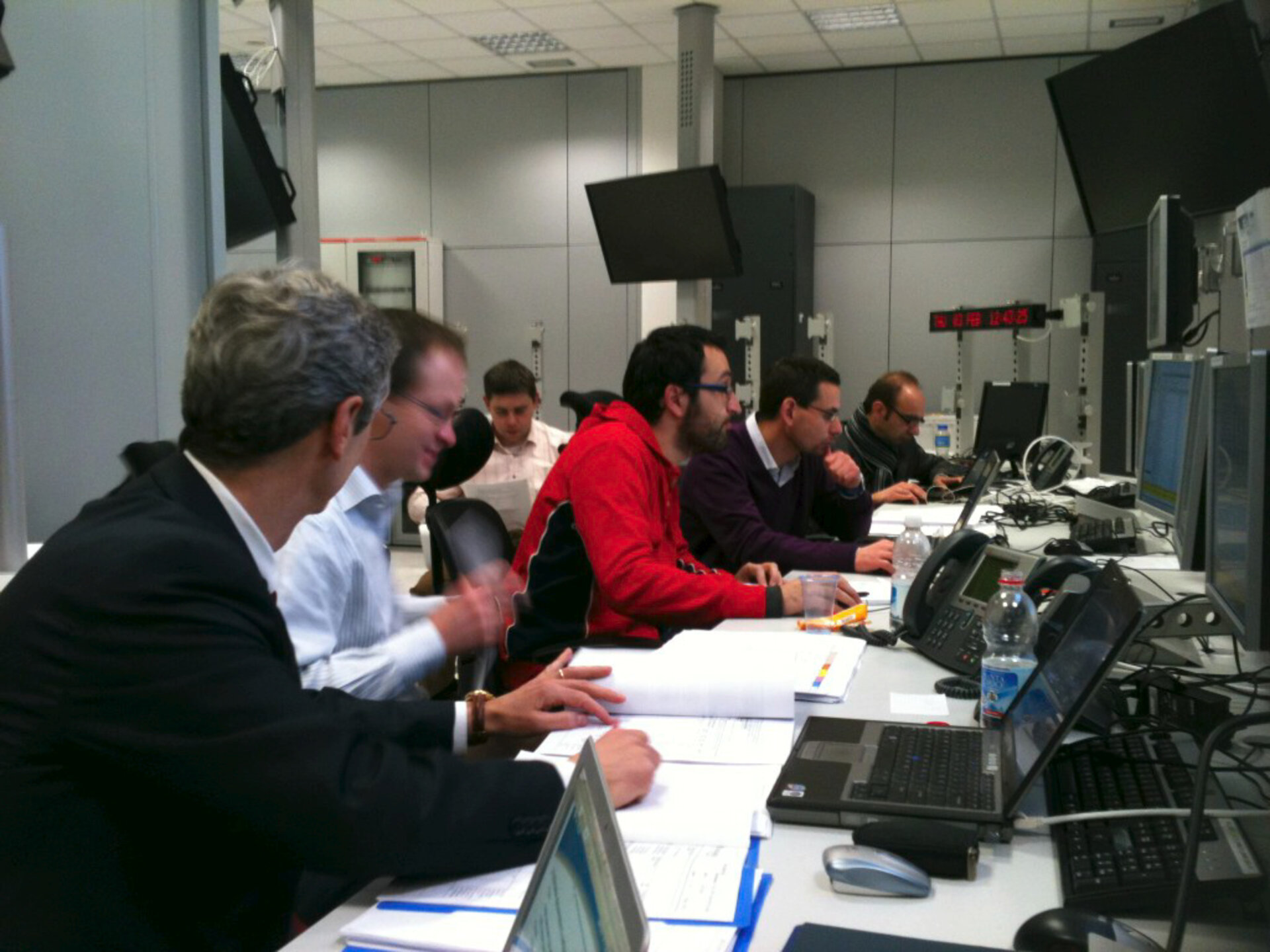 Europe’s Galileo satnav system is still six months away from its first launch, but one satellite has already been put through its paces, taking centre stage in a Europe-wide dress rehearsal.

The satellite in question never left the confines of its Thales Alenia Space integration facility in Rome, Italy, but was connected to a distant trio of control centres during the nine-day first System Compatibility Test Campaign (SCTC-1), which began on 25 January.

These same sites will oversee the satellite for real once it is launched this August on a Soyuz rocket from Europe’s Spaceport in French Guiana, along with a second Galileo satellite.

“But Galileo is a much larger-scale undertaking with a control segment that extends across Europe.

“SCTC-1 is the first time all these geographically-dispersed control centres came together to work with an actual Galileo flight model.”

In practice, LEOP encapsulates crucial activities such as separation from the Soyuz upper stage, deployment of solar arrays and the gradual activation of platform systems.

Once LEOP is completed, the satellites will be handed over to the Oberpfaffenhofen Galileo Control Centre near Munich in Germany, operated by the German Aerospace Center, DLR.

Operating the satellite payloads to provide navigation services will be the task of the Fucino Control Centre east of Rome in Italy, operated by Telespazio.

Fucino’s responsibilities include generating the navigation and integrity messages for embedding within Galileo signals – an essential activity to guarantee positioning, velocity and timing accuracy.

“One centre controls the satellite, the other makes sure of the signals reaching the ground,” explained Sandro.

“Without both of them working together in a closed-loop, Galileo would be useless.

“So SCTC-1 serves to ensure these facilities, with their different cultures and operating traditions, will indeed function collectively as required, assessing space-to-ground compatibility and fixing problems as needed along the way.”

The satellite was controlled from Toulouse for the first two days of LEOP simulation, before switching to Oberpfaffenhofen and Fucino for operational testing, including actual activation of satellite devices such as gyroscopes and reaction wheels as well as the payload units.

The final two days were devoted to ‘end-to-end testing’ – disseminating navigation and integrity messages from Fucino to the satellite and on to test receivers beside the satellite.

“We compared the signal uplinked to the satellite to the one downlinked back,” said Edward Breeuwer, Galileo Assembly Integration and Verification Manager.

“We performed successful tests of the Open Service, the Safety of Life and also the encrypted Public Restricted Service, with the Commercial Service to be tested during the next SCTC.”

More than 50 personnel across the three sites plus the plant in Rome took part in SCTC-1. The next SCTC is scheduled for May, using the other Galileo satellite from the planned dual launch of August 2011.