Four of the latest set of Galileo navigation satellites will be launched on Ariane 6 rockets – ESA’s first contract to use Europe’s new vehicle.

The launches are scheduled between the end of 2020 and mid-2021, using two Ariane 62 rockets – the configuration of Europe’s next-generation launch vehicle that is best suited to haul the two 750 kg navigation satellites into their orbits at 23 222 km altitude.

Under development, Ariane 6 is Europe’s newest launcher, designed to extend guaranteed access to space for Europe at a competitive price. It will operate in two configurations, depending on customer needs: Ariane 62 is fitted with two strap-on boosters while Ariane 64 has four.

“Ariane 6 is not only in full development, but it will soon be put to use,” notes Daniel Neuenschwander, ESA’s Director of Space Transportation. “This contract is a key step in the upcoming ramp-up phase of Ariane 6.”

The Galileos have so far either been launched in pairs by Soyuz from French Guiana or in fours by Ariane 5.

A new Ariane 5 flight is scheduled for the end of this year, to add four more satellites to the 18-strong constellation already in orbit. This month saw the arrival of the first elements of the rocket in French Guiana, transported aboard the MN Colibri roll-on/roll-off ship.

The contract specifies the decision to use Ariane 62 is subject to the vehicle’s development schedule, with Soyuz available as an alternative. A final choice will be made at the end of 2018, two years before the first launch.

Further launches will continue to build the constellation, which will gradually improve system performance and availability worldwide.

The launch contract with Arianespace was signed by Paul Verhoef, ESA’s Director of the Galileo Programme and Navigation-related Activities, and Stéphane Israel, Arianespace’s Chief Executive Officer. ESA signed the contract on behalf of the EU represented by the European Commission – Galileo’s owner. The Commission and ESA have a delegation agreement by which ESA acts as design and procurement agent on behalf of the Commission. 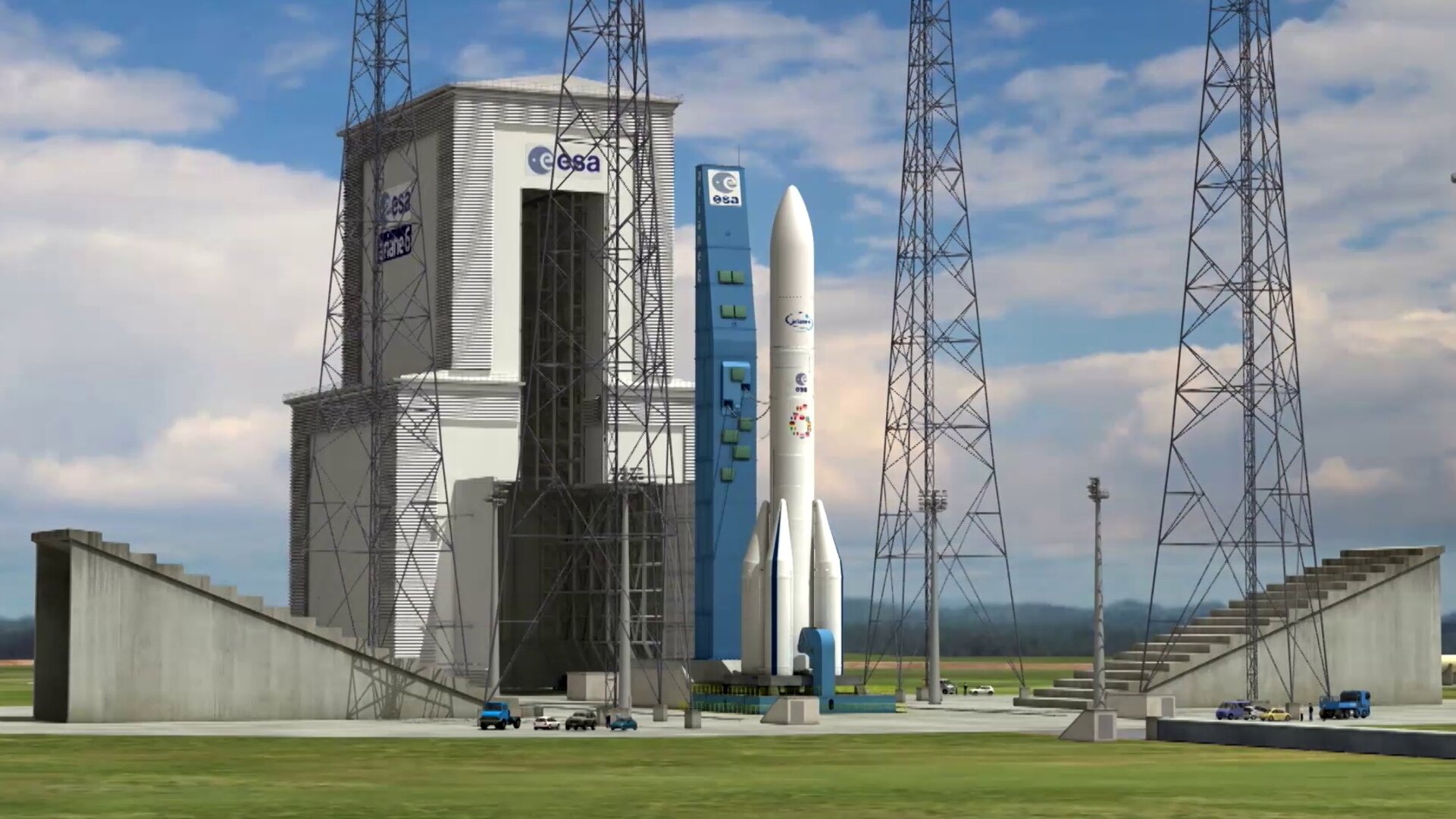