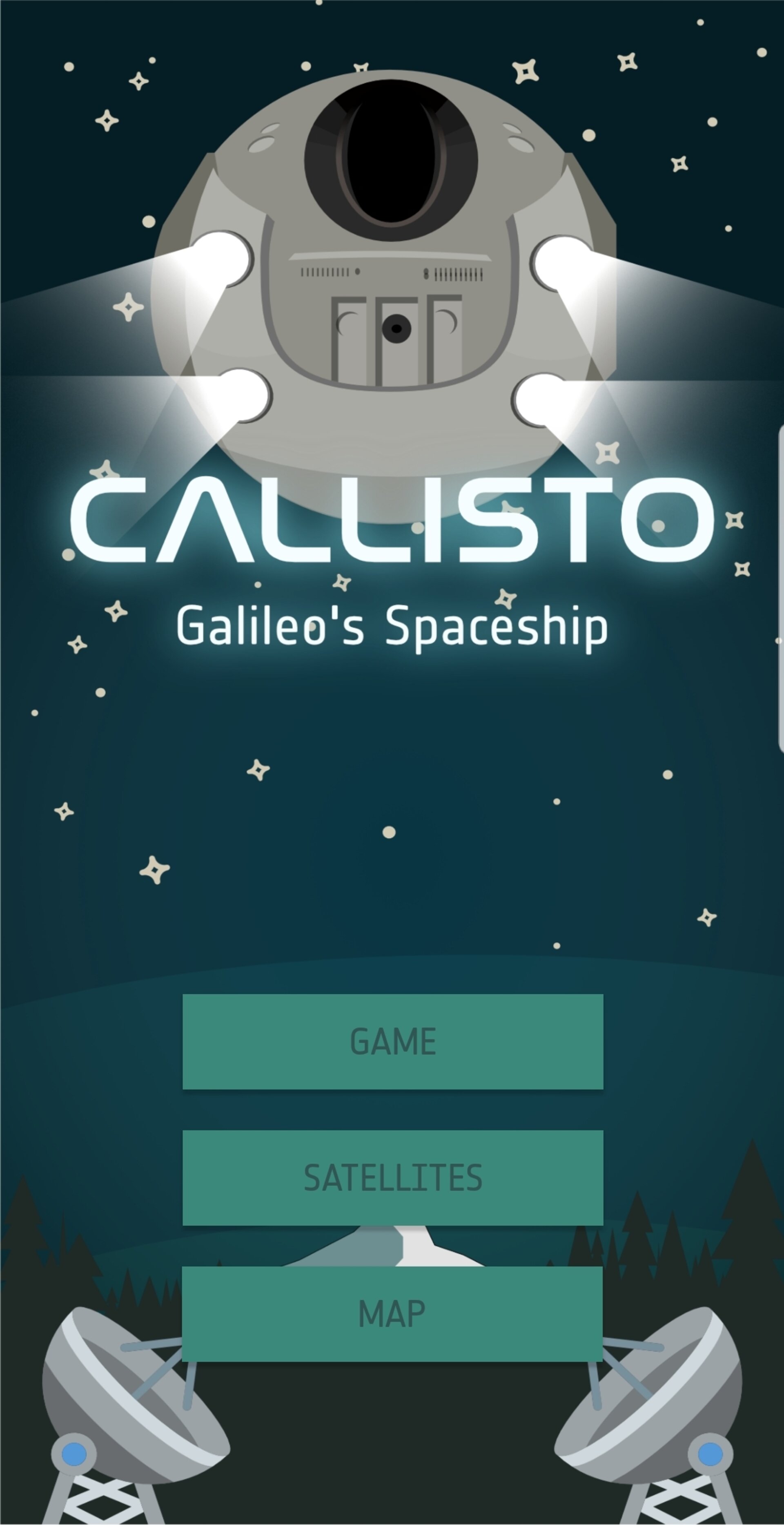 Use Europe’s satellite navigation system to seek treasure in virtual mazes or ‘see’ Galileos as they cross the sky above you: two new Android smartphone apps based on Galileo are now available for general download, the results of a competition by ESA trainees.

With newer Android smartphones you can  access the raw signal measurements used to compute position, opening the door to the development of applications where the user can indeed select which satellites to use. So ESA ran an internal competition for its trainees to develop an app capable of making positioning fixes using only Galileo satellites.

The Callisto – Galileo’s Spaceship app uses Galileo satnav signals to run a virtual maze game based on walking through a real world location.

Looking down on Earth as if from a spaceship, players use a standard Google map display to traverse a rectangular area filled with randomly generated obstacles and collectibles. You play against the clock to grab prizes, with points deducted for running into virtual barriers.

“It was fun for us to develop as a team, but one of the main purposes behind it was to spread the message about Galileo,” explains ESA young graduate trainee Peter Vanik, part of the five-person ‘Chocolateam’ that created the app.

“Users can use signals from the Galileo constellation by itself, GPS by itself or GPS and Galileo in combination to get a sense of the different accuracy levels – the combination of constellations will work best, because that way the most satellites are available for use.”

The team used online tutorials and YouTube videos to learn how to develop for Android, with their satnav backend derived from GNSSCompare – the winning app from ESA’s internal competition, offering to turn a smartphone in a ‘research lab in your pocket’.

“None of us are satnav specialists, so we played off not knowing all the nitty-gritty as an advantage rather than a weakness, in terms of targeting the general public,” adds Matej Poliaček of the Callisto team.

“The idea of a game came up early on, with a satnav-based gameplay loop,” says the team’s Cedric Ia. “Then Lionel Garcia, our designer, had the idea of making it spaceship-based, and that was where the design for our user interface came from.”

“Working together with GNSSCompare was a way to combine the best of both worlds,” explains team member Emilie Udnæs. “They’re stronger on the GNSS side of things while we took a user-centred approach.

The Callisto app was designed on and for a Galaxy S8 smartphone, but the team is expanding the app to serve as many different phones as possible, to target a general public audience.

Another app developed through the competition is also available for download from Google Play. GalileoPVT was created by ESA navigation engineer Paola Crosta and electrical engineer Tim Watterton to serve as a benchmark to judge competition entries. The duo went on to finalise and publish it.

“The raw signals can be saved for post-processing by users. There’s also a fun hidden game, where the player has to manoeuvre their Galileo satellite to avoid increasingly bizarre items of space debris, aided by received Galileo signals that boost their satellite’s health.”

“GalileoPVT can also be installed on devices that do not support Galileo signals. Although the user will not be able to receive the live Galileo signals or calculate a fix with Galileo, they can still see the predicted satellite positions on the augmented reality view, and play the hidden game.”

A current list of smartphones that support Galileo can be found here.