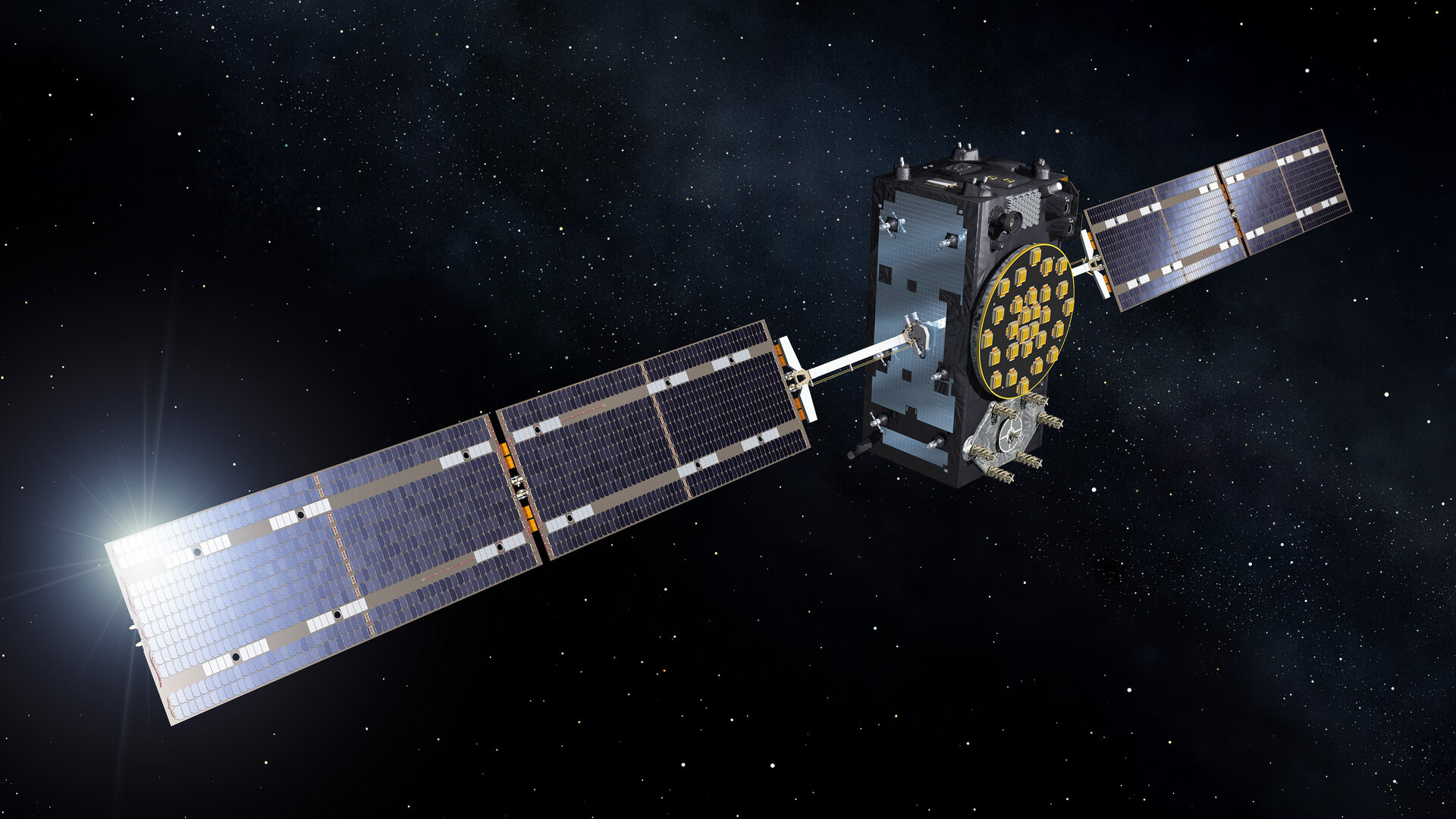 The navigation satellite set to become the 16th in the Galileo constellation has been taken through a Europe-wide rehearsal for its launch and early operations in space.

Sitting in the cleanroom environment of ESA’s ESTEC technology centre in Noordwijk, the Netherlands, the satellite was last week linked to a trio of sites across the continent: the Galileo control centres in Fucino, Italy and Oberpfaffenhofen, Germany, as well as ESA’s ESOC operations centre in Darmstadt, Germany.

“These System Compatibility Test Campaigns (STSCs) occur on a regular basis,” explained Liviu Stefanov, lead Flight Operations Director for the next Galileo launch in May.

“Last December saw a campaign using one of the two Galileo satellites due to be launched in May, while our February rehearsal used another satellite from the quadruplet being launched by Ariane 5 later this year.

“So with this most recent task, we have reached a frequency of three system tests in less than four months.”

A joint team from ESA and France’s CNES space agency oversee Galileo’s Launch and Early Operations Phase (LEOP) – the initial switching on and checking and configuration of satellite systems. LEOP is run from either ESOC or CNES Toulouse, on an alternating basis.

Liviu added: “From our point of view, this SCTC was a useful final opportunity to try out communications with a satellite that is actually due to fly, before our next Galileo LEOP takes place for real.

“It is the last end-to-end test of the ground segment with a real satellite before the launch.”

“Communicating with and controlling satellites still on the ground is one of the essential exercises the LEOP team has to perform before launch,” said Christelle Crozat, lead Spacecraft Operations Manager for the next LEOP.

In practice, LEOP encapsulates crucial activities such as separation from the rocket’s upper stage, deployment of solar wings and first attitude acquisition, followed by the gradual configuration of the platform system for orbit manoeuvres and the mission to follow.

ESOC and CNES Toulouse both host their own functionally identical LEOP control centre. New Galileo satellites are launched on a regular basis: bringing them to life is demanding. Pooling this crucial responsibility between two agencies and two locations adds efficiency, delivering greater flexibility and redundancy.

“This efficiency has been demonstrated by the three successful LEOPs conducted over the course of last year, in March, September and December,” stressed Hervé Côme, Galileo LEOP Service Manager.

“It is also shown by the capability of CNES/ESOC to support the introduction of one additional Soyuz LEOP on a relatively short four-month notice, for this May.”

Once each LEOP is completed, control of the satellite platform is passed to the Oberpfaffenhofen control centre, with Fucino overseeing the navigation payloads and the positioning services they enable.