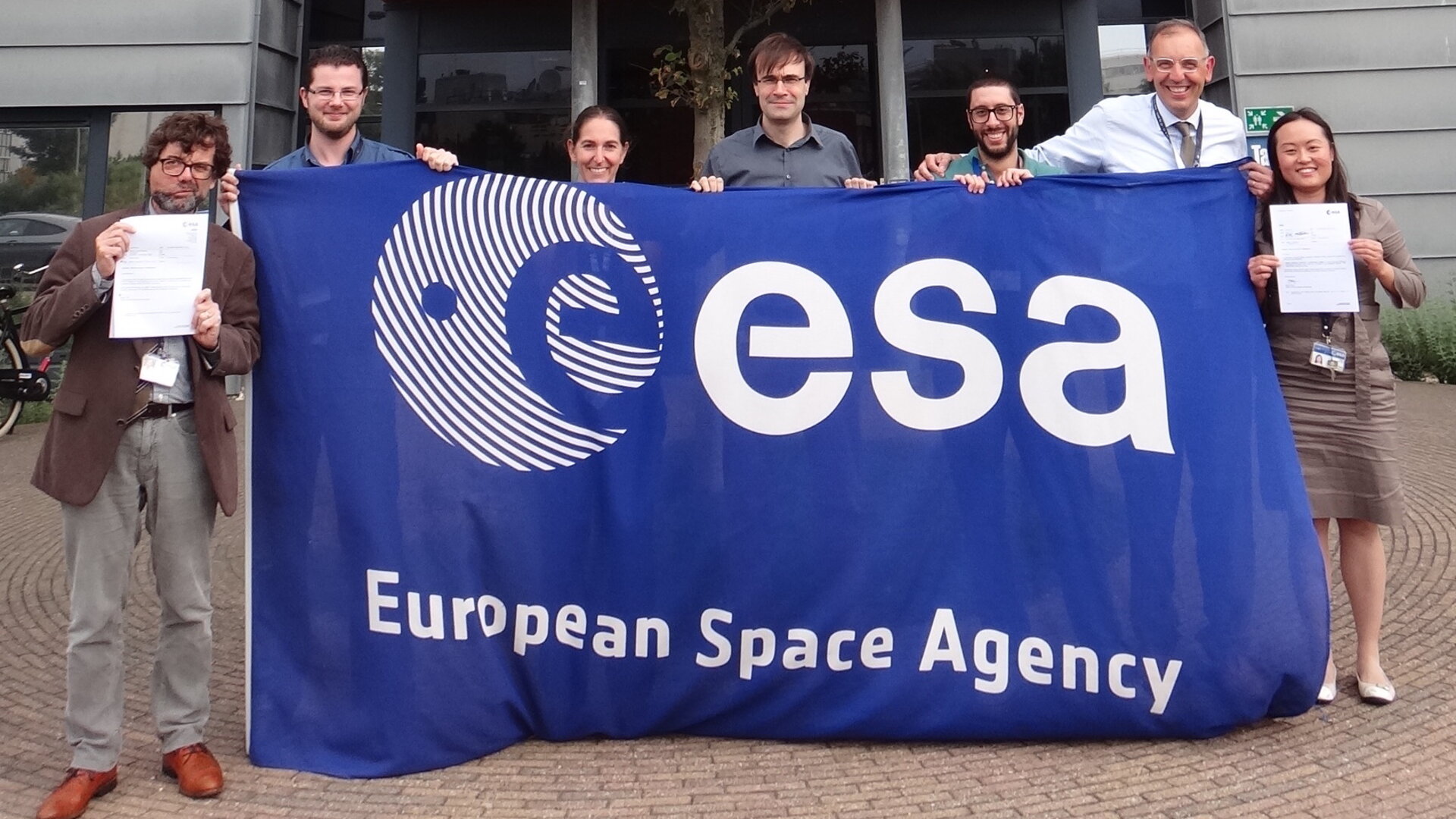 After four years of work, the ESA team tasked with keeping the world informed on the status of the Galileo satellite navigation system has formally passed on its responsibility to a European Union agency.

This shift is part of a wider transfer of responsibilities, as this month see the official handover of the running of the Galileo system from ESA to the European Global Navigation Satellite Systems Agency, or GSA.

“Our job – working with the European Commission and GSA – has been to inform Galileo users in an official, transparent way of any system changes that could affect Galileo satellites,” explains Rafael Lucas Rodriguez, ESA’s Galileo Services Engineering Manager.

“Keeping our users in the picture on planned activities that might lead to satellite unavailability, or any unplanned outages, has helped them to plan their own test activities around Galileo signals and to prepare future products.”

The very first Notice Advisory to Galileo Users or NAGU was issued in June 2013, just three months after the first Galileo positioning fix was achieved, to a then small community of researchers and industrial users, interested in making tests with the newborn four-satellite constellation.

A total of 189 NAGUs were issued under ESA oversight in the last four years, as the constellation grew to its current 18 satellites. The user base increased dramatically from 86 to 774 registered users on the European GNSS Service Centre website as companies worked to prepare Galileo-ready products and then, on 15 December 2016, Galileo’s Initial Services began operating.

Throughout this period, the NAGUs, published on the website of the European GNSS Service Centre and sent to subscribers via email, gave the user community a reliable overview of Galileo’s overall status and that of individual satellites.

“Not only do they help us to organise our engineering activities and tests but, more importantly, they are used as input into our orbit prediction engine for our Long Term Orbits products, which in turn are used by hundreds of millions of consumers worldwide.”

Rafael Lucas of the ESA team adds, “Around a dozen people at ESA worked to begin defining, setting up and operationalising the NAGU process, modelled after the well-established Notice Advisory to Navstar Users of GPS.

“Then, our Galileo Services Engineering Team was charged with implementing it, which involved close cooperation with ESA’s Galileo Operations Team and industrial partners to follow the planning of operational activities and anomaly investigations – focused on analysing the service impact to users.”

Nityaporn Sirikan of ESA’s Galileo Services Engineering Team explains: “Our minimum performance level – set out in the Galileo Initial Service – Open Service – Service Definition Document – has been to inform users of any planned outages at least 24 hours in advance and inform of any unplanned outages affecting the service no later than 72 hours after detection, although in practice it’s been much sooner.

“It has been hectic at times: during July–August last year we issued 25 NAGUs in a month and 12 NAGUs in a day for the Galileo Initial Services Declaration in December, adding up to 77 NAGUs issued in 2016.

The issuing of NAGUs will remain a key element of the Galileo system, now overseen directly by the GSA, while the ESA’s Galileo Services Engineering Team will move to prepare the next service declaration with improved Galileo performance together with EC/GSA, continue the collaborations with GNSS mass market receiver manufacturers and support the development of novel applications through ESA’s Navigation Innovation and Support Programme.