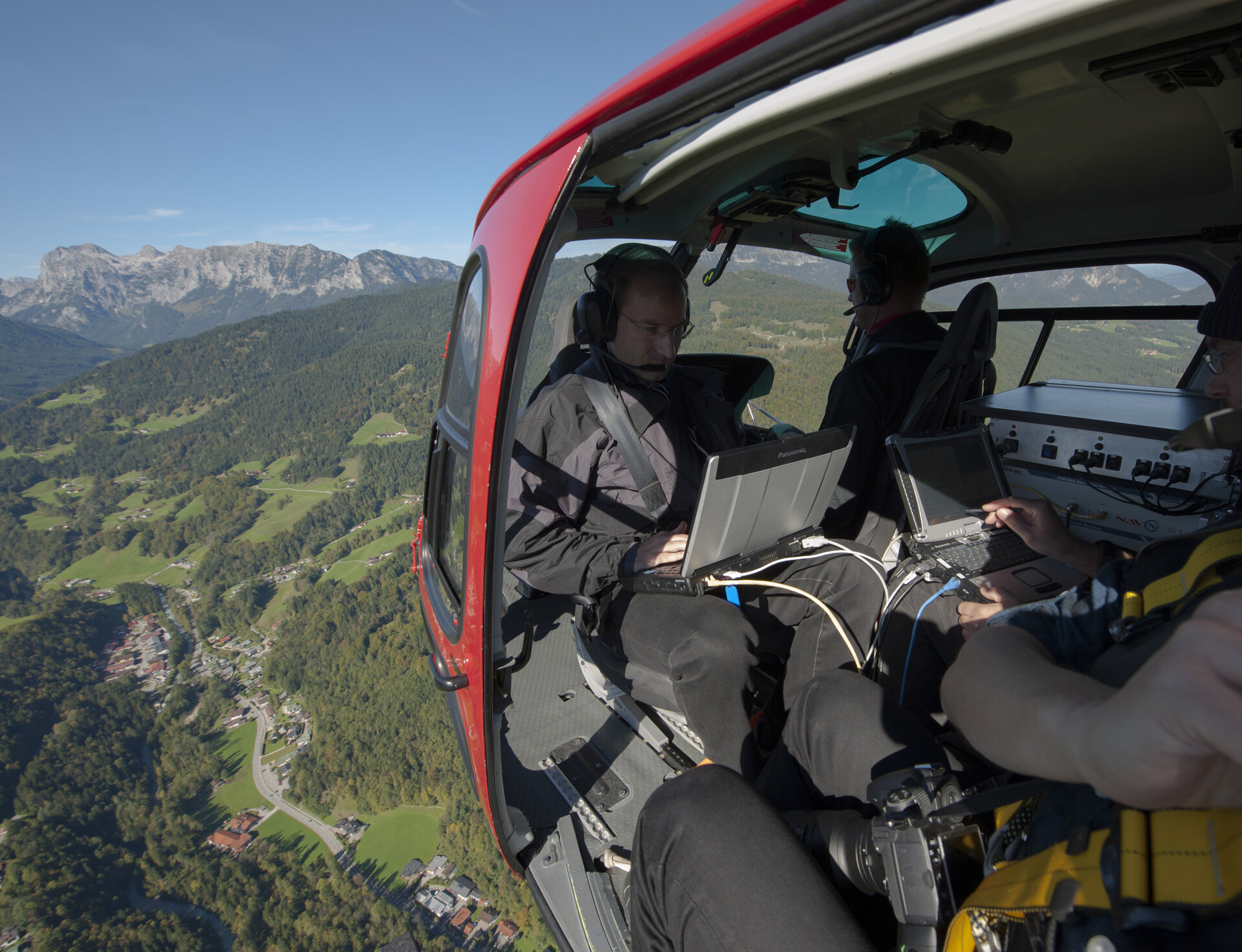 A helicopter recently flew over a very special Alpine valley to gather data on how Europe’s two satellite navigation systems – EGNOS and Galileo – will work together in future.

The helicopter flew a variety of manoeuvres, from fast loops to mid-air hovering, to see how satnav signals were received in practice. The promising results are now being analysed.

The airborne testing, which took place in Germany on 24–26 September, was based around prototype signals of the next generation of the European Geostationary Navigation Overlay Service – EGNOS – combined with simulated Galileo signals.

EGNOS, the first pan-European satellite navigation system, works by sharpening the accuracy of US GPS signals.

The first four Galileo satellites have been placed in orbit – the minimum needed to provide basic navigational services. It will take many more to provide global coverage.

But there is one place in Europe where full Galileo service coverage is already a reality: the town of Berchtesgaden in the Bavarian Alps has transmitters atop eight neighbouring mountain peaks to blanket 65 sq km of territory with satnav signals.

The result is the Galileo Test and Development Environment – GATE – a giant outdoor laboratory where prototype Galileo receivers can be used freely without any modifications.

The helicopter testing relied on the SPEED platform – Support Platform for EGNOS Evolutions & Demonstrations – enabling a user to receive simultaneous real-time augmentation signals for both GPS and Galileo, in the same way that the intended next-generation EGNOS system will operate.

The ESA-designed EGNOS employs a trio of satellites, processing facilities and a network of ground stations to improve the accuracy of GPS satnav signals over European territory.

The service is guaranteed to an extremely high level of reliability set by the International Civil Aviation Organisation: it is allowed just a one in 10 million chance of error.

“EGNOS is already certified for European aviation but what we are testing here is how it operates with Galileo,” explained Guenter Hein, head of ESA’s GNSS Evolution programme.

“We are seeking to develop the next generation of EGNOS, which should be ready and operational around 2020.

“The ambition for Europe is to have an EGNOS-like system able to manage the data coming from both Galileo and GPS, making the system much more robust.

It will be an important part of a constellation of EGNOS-like satellite augmentation systems covering our entire planet.”

GNSS Evolution is also tasked with designing the next generation of more advanced Galileo satellites, proceeding on the basis that the first generation of satellites will need replacement in the course of the 2020s.