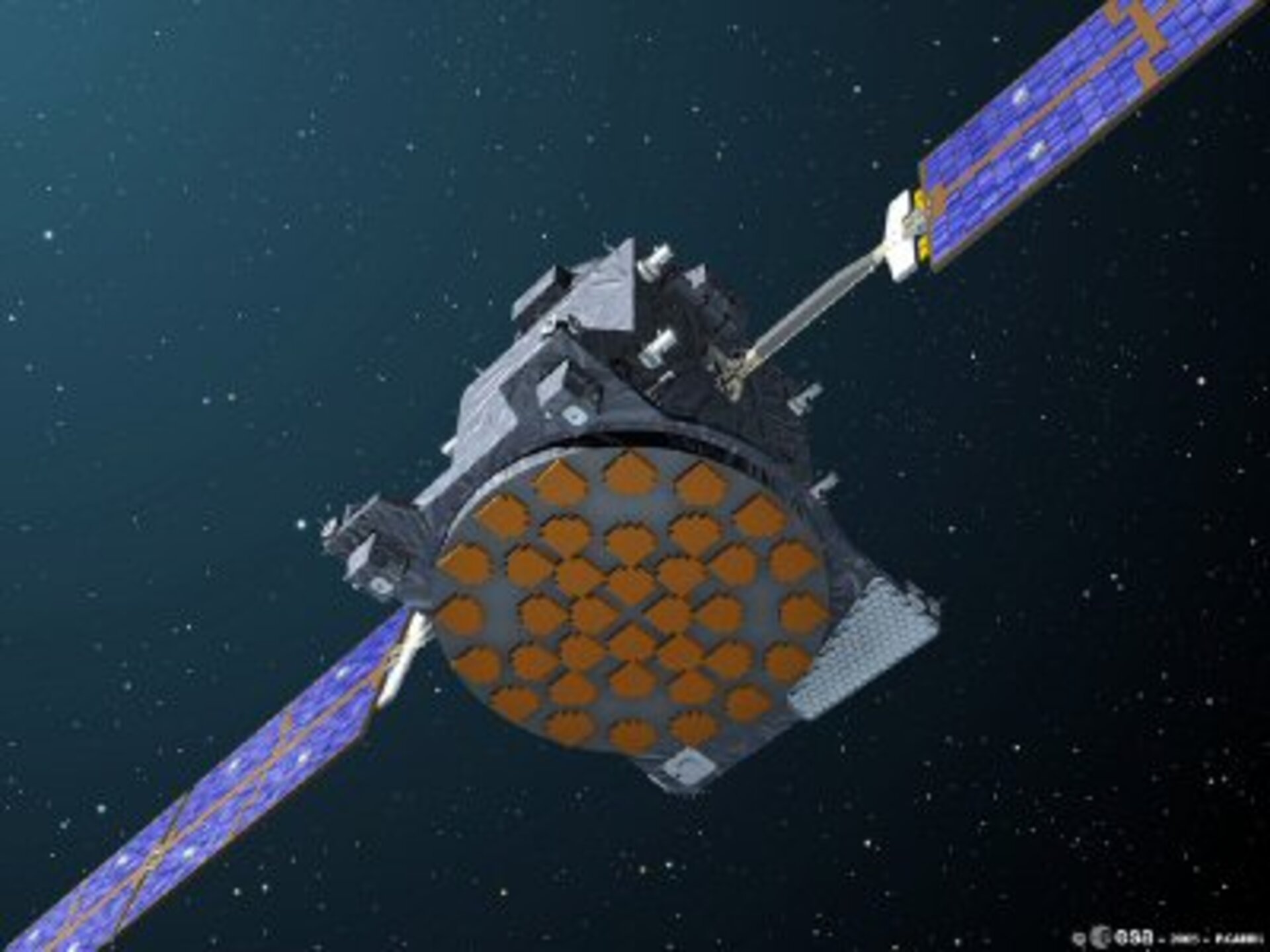 Having been launched on 28 December 2005, it was two weeks later on 12 January 2006 that the first Galileo In-Orbit Validation Element satellite, GIOVE-A, began broadcasting a navigation signal synchronised with its rubidium atomic clock.

A second satellite, GIOVE-B, adding an ultra-precise passive hydrogen maser atomic clock, was launched on 27 April 2008 and began broadcasting its own signal from medium Earth orbit on 7 May 2008.

“These signals were required to formally secure Europe’s access to the allocated Galileo frequencies, while also allowing us to assess the on-orbit functioning of the two atomic clock designs at Galileo’s heart,” said Valter Alpe, managing GIOVE operations for ESA. “Meanwhile, we could also begin to test the kind of elaborate ground processing needed for the operational Galileo system.”

Receivers triangulate a user’s position on Earth by calculating the distance travelled by four or more different satellite signals. Because these signals travel at the speed of light, their timings need to be ultra-accurate.

An onboard clock drifting forward or back by a billionth of a second translates into a 30 cm range error.

“The trick of the whole satellite navigation story is that the user is receiving not just the clock timing itself but also very slight corrections transmitted in the signal stating if the clock is running a few nanoseconds early or late,” said Valter.

“It takes a sophisticated ground segment to generate these corrections, but this process is essential for maintaining service accuracy.”

A worldwide network of operational ground sensor stations is being deployed for Galileo, with the first two Galileo In-Orbit Validation (IOV) satellites due for launch this year.

Galileo sensor stations receivers will provide range measurements to be relayed back to the Galileo Control Centre in Fucino, Italy, from where navigation corrections will be formulated and transmitted. This operating principle behind the worldwide network has already been validated as part of the GIOVE project.