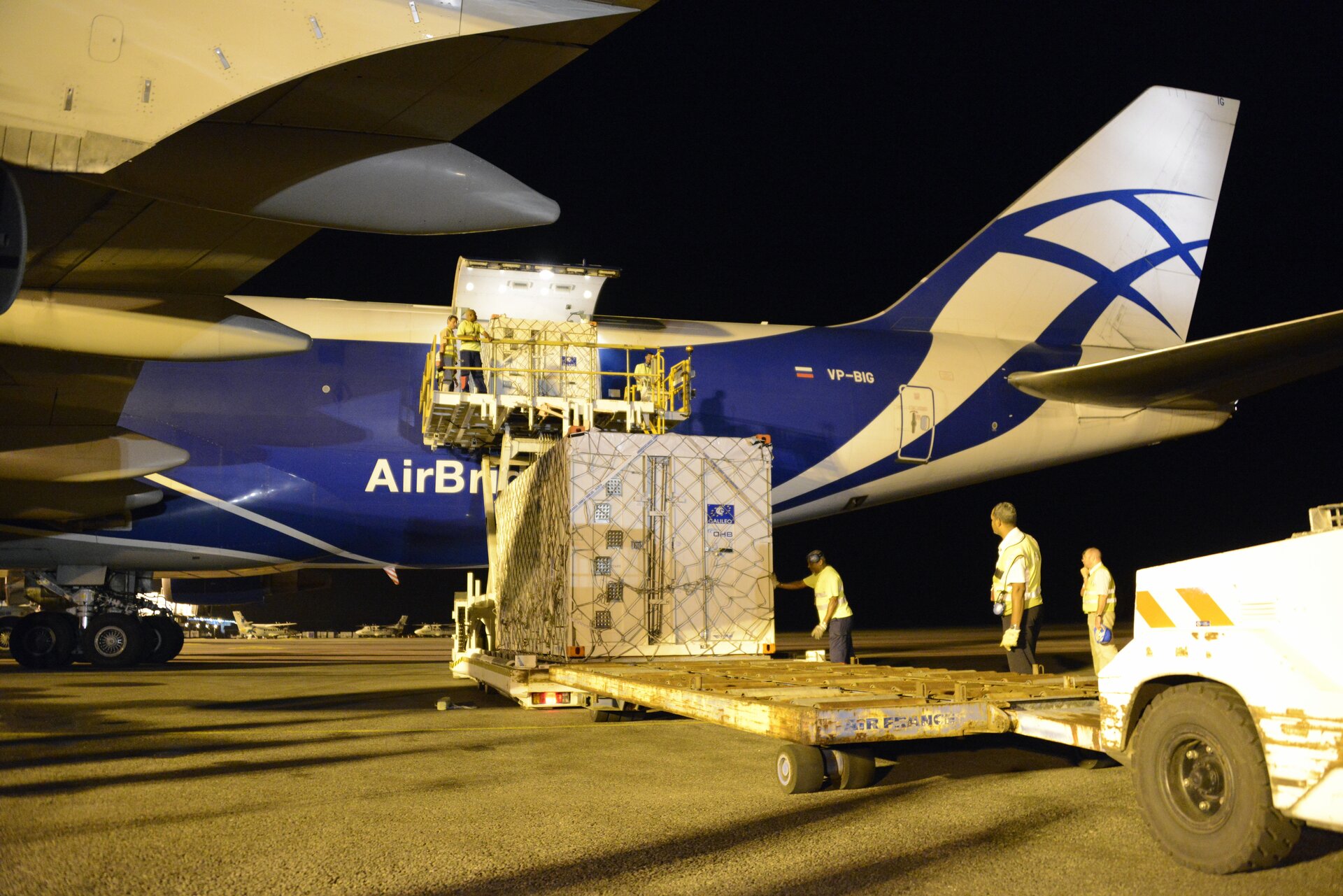 Packed safely within protective and environmentally controlled containers, the satellites were carried across the Atlantic aboard a 747 cargo carrier.

Manufactured by OHB in Bremen, Germany, with navigation payloads contributed by Surrey Satellite Technology Ltd in Guildford, UK, these satellites – the first of 22 full-capability models – had spent several months at ESA’s Technical Centre, ESTEC, in Noordwijk, the Netherlands, where they underwent exhaustive testing in simulated space conditions.

On Monday they left on a pair of lorries for Frankfurt Airport in Germany, from where they flew the following evening. The satellites landed at Cayenne – Félix Eboué Airport in French Guiana around 02:00 local time this morning.

The satellites were then driven to the cleanroom surroundings of the spaceport, where they could be safely unpacked to begin the launch campaign.

The pair will be launched together aboard a Soyuz rocket, joining the four Galileos already in orbit. This initial quartet – the minimum number needed for achieving a position fix – has demonstrated the overall system works as planned, while also serving as the operational nucleus of the coming full constellation.

“These first two Full Operational Capability satellites are effectively preparing the way for the rest of the constellation, allowing the final validation of assembly, testing and launch preparation procedures.

“A steady stream of satellites is foreseen, coming from OHB to ESTEC for acceptance testing and then on to French Guiana.

“Thanks to the preparatory work done with these pioneer satellites, future Galileos will be processed more rapidly.”

The definition, development and in-orbit validation phases of the Galileo programme were carried out by ESA and co-funded by ESA and the EU.