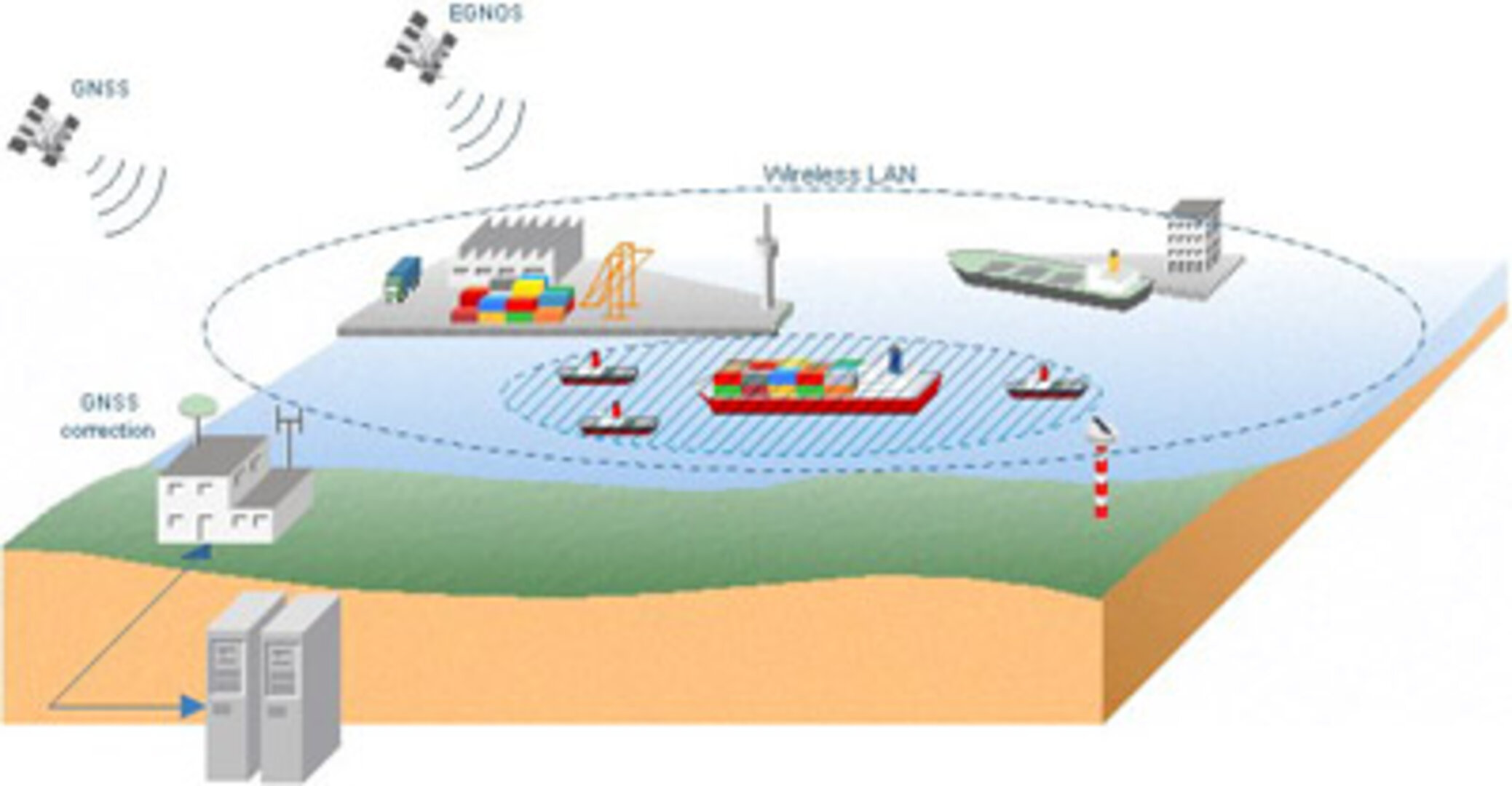 It will soon be much safer for ships to enter and move around narrow harbours with help from a system that will enable accurate navigation information to compliment radar signals.

The demonstration of MARLET showed the usefulness of EGNOS (the European Geostationary Navigation Overlay Service) and Galileo for vessel operations in the harbour of Hamburg and on the river Elbe. MARLET greatly improves the quality of the AIS standard - the Automatic Information System for international shipping - which is driven by the Global Navigation Satellite System (GNSS).

AIS is an independent, self-organising system. AIS equipment onboard each (commercial) ship permanently broadcasts a vessel identifier, direction, speed and other information to all other ships and coastal stations within reach of a maritime VHF communications link.

When implementing EGNOS quality standards on all positioning sensors in AIS, one of the sources of uncertainty in AIS is eliminated.

With accurate (better than 1 metre) GNSS-positioning information, combined with a controlled communication link, it is possible to have a Vessel Traffic Management and Information System (VTMIS) in which ultimately radar and electronic chart images can be combined, for the benefit of safer manoeuvres in confined waters.

A number of test runs aboard tugs have been performed. In early December the large passenger ship MAXIM GORKIY was supported with EGNOS technology during the most demanding port manoeuvre: tug-assisted turning and docking. In addition, a synthetic aperture GNSS antenna has been developed, showing much improved position accuracy.

Follow-on studies are to elaborate a standard for an enhanced AIS system that will be usable for harbour operations and also probably inland waterway navigation.