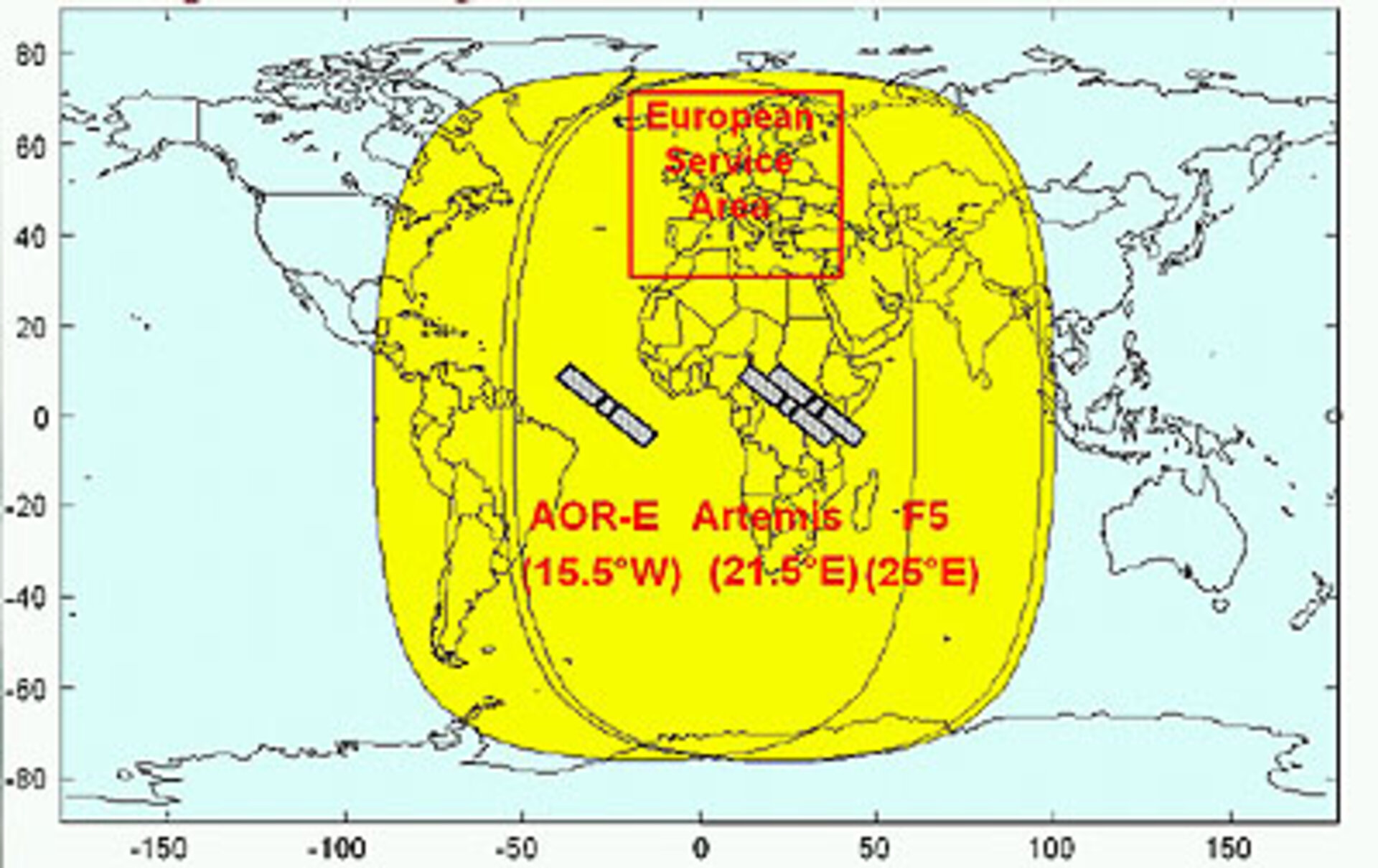 The EGNOS space segment is made up of navigation transponders onboard the geostationary satellites Inmarset III Atlantic Ocean Region-East (AOR-E) and Inmarsat III F5, together with the new ESA telecommunications satellite Artemis.

In addition, EGNOS uses signals from the

The navigation payloads on all these satellites are essentially bent-pipe transponders so that a message uploaded to a satellite is broadcast to all users in the geostationary broadcast area of the satellite.