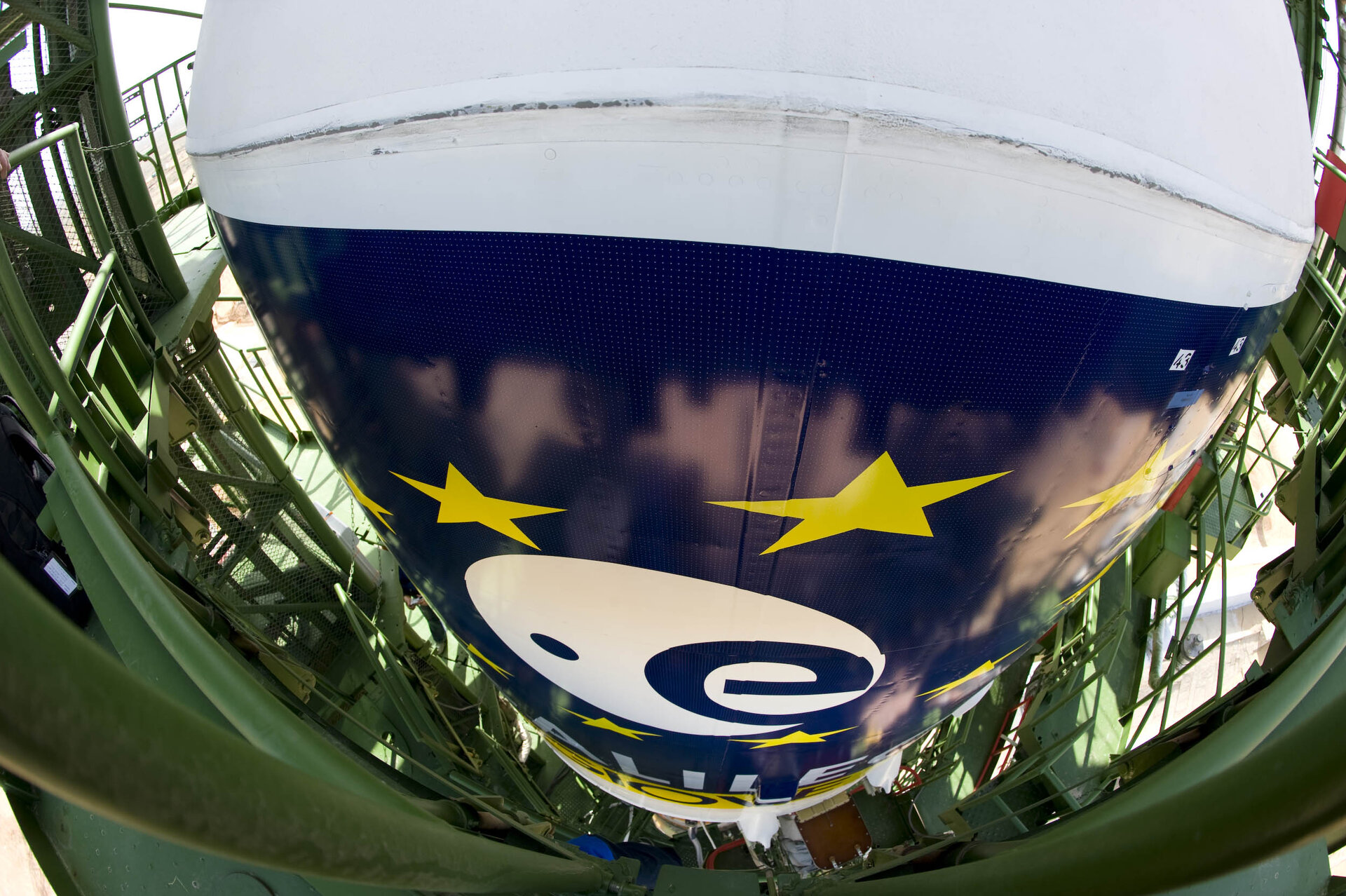 The enormous potential benefits of satellite navigation brought the EC together with ESA in collaboration. In the 1990s the two organisations agreed to develop a civilian equivalent of GPS so that Europe could be autonomous in this crucial strategic and commercial sector.

ESA began research and development in cooperation with the EC and civil aviation community. The development strategy was conceived with two major pillars:

Today EGNOS is already operational: its Open Service, for applications where human life is not at stake, such as personal navigation, goods tracking and precision farming, has been available since October 2009.

EGNOS’ Safety-of-Life Service, where safe air transportation depends on the accuracy and integrity of its signals, became available for its primary purpose of aircraft navigation (enabling vertical guidance for landing approaches) in March 2011. The system is based on a network of ground stations and three geostationary satellites.

The ground stations gather data on the current accuracy of GPS signals and embed it in the EGNOS signal, which is uplinked to the satellites to be transmitted to users.

The result is that the EGNOS-augmented signals are guaranteed to meet the extremely high performance standards set out by the International Civil Aviation Organisation standard, adapted for Europe by Eurocontrol, the European Organisation for the Safety of Air Navigation.

The signals from space can therefore be relied on routinely for the safety-critical task of vertically guiding aircraft during landing approaches. Dozens of runway ends across Europe have already been equipped in this way, to reduce airport running costs while increasing safety and reliability.

ESA and the EC followed a staggered approach in developing Galileo. ESA began with its Galileo System Test Bed Version 1 in 2002.

This latter site was used for the generation of navigation and integrity core products based on Galileo-like algorithms.

Tests conducted with GSTB-V1 proved Galileo’s underlying design concepts: that it was indeed possible to ' broadcast' orbit determination and time synchronisation data to a high-precision sub-metre accuracy, as envisaged for the Galileo system.

The next stage was to flight-test Galileo elements for real. Two Galileo In-Orbit Validation Element (GIOVE) satellites were built in parallel with complementary capabilities to provide redundancy.

GIOVE-A was launched on a Soyuz rocket from Baikonur Cosmodrome in Kazakhstan on 28 December 2005. Constructed for ESA by Surrey Satellite Technology Ltd of the UK, the satellite was equipped with a phased-array antenna of individual L-band microwave elements to illuminate the entire visible Earth beneath it, its signal – the first European navigation signal-in-space – being guided by two very stable rubidium atomic clocks, which proved highly accurate.

The satellite also carried two types of radiation detectors to survey the harsh environment of medium-Earth orbit, which passes through the outer van Allen radiation belt. GIOVE-A possessed a streamlined version of the Galileo ground segment, which served to demonstrate its basic design assumptions were sound. The satellite’s signals were also used for tests with GPS to demonstrate GPS-Galileo interoperability was feasible.

GIOVE-B was launched on a Soyuz rocket from Baikonur Cosmodrome on 27 April 2008.

Built by a consortium headed by Astrium and Thales Alenia Space, GIOVE-B featured an improved phased-array antenna of individual L-band elements, a signal-generation unit able to produce new types of signals, a new radiation sensor and an exceptionally stable passive hydrogen maser atomic clock – the most advanced clock ever flown for navigation purposes – as well as a back-up rubidium clock.

With the first Galileo In-Orbit Validation satellites working well in orbit following their launch on 21 October 2011, there was no longer any need for these experimental GIOVE satellites. GIOVE-A and GIOVE-B were both turned off the following year.

Galileo put to the test

Once the GIOVE satellites had demonstrated the suitability of key technologies and gathered performance data on medium-Earth orbit, full-fledged Galileo satellites could follow them into space. The first two Galileo satellites were launched by Soyuz from French Guiana on 21 October 2011, with two more joining them in orbit on 12 October 2012.

Four is the minimum needed for determining position, allowing testing of the full Galileo system to begin.

In the following year, these satellites were combined with a growing global ground infrastructure to allow the project to undergo its crucial In-Orbit Validation phase: IOV.

From this point, generation of navigation messages enabled full testing of the entire Galileo system. A wide variety of tests followed, carried out all across Europe. More than 10 000 km were driven by test vehicles in the process of picking up signals, along with pedestrian and fixed receiver testing. Many terabytes of IOV data were acquired.

The single most important finding from the test results? Galileo works, and it works well. The entire self-sufficient system has been shown as capable of performing positioning fixes across the planet.

Galileo’s observed dual-frequency positioning accuracy is an average 8 m horizontal and 9 m vertical, 95% of the time. Its average timing accuracy is 10 billionths of a second – and its performance is set to sharpen as more satellites are launched and ground stations come on line.

For Galileo’s search and rescue function – operating as part of the existing international Cospas–Sarsat programme – 77% simulated distress locations can be pinpointed within 2 km, and 95% within 5 km.

All alerts are detected and forwarded to the Mission Control Centre within a minute and a half, compared to a design requirement of 10 minutes.

Building up the Galileo system

Following this successful validation process, the build-up of the Galileo system is proceeding, involving placing the remaining satellites into orbit and deploying further ground stations.