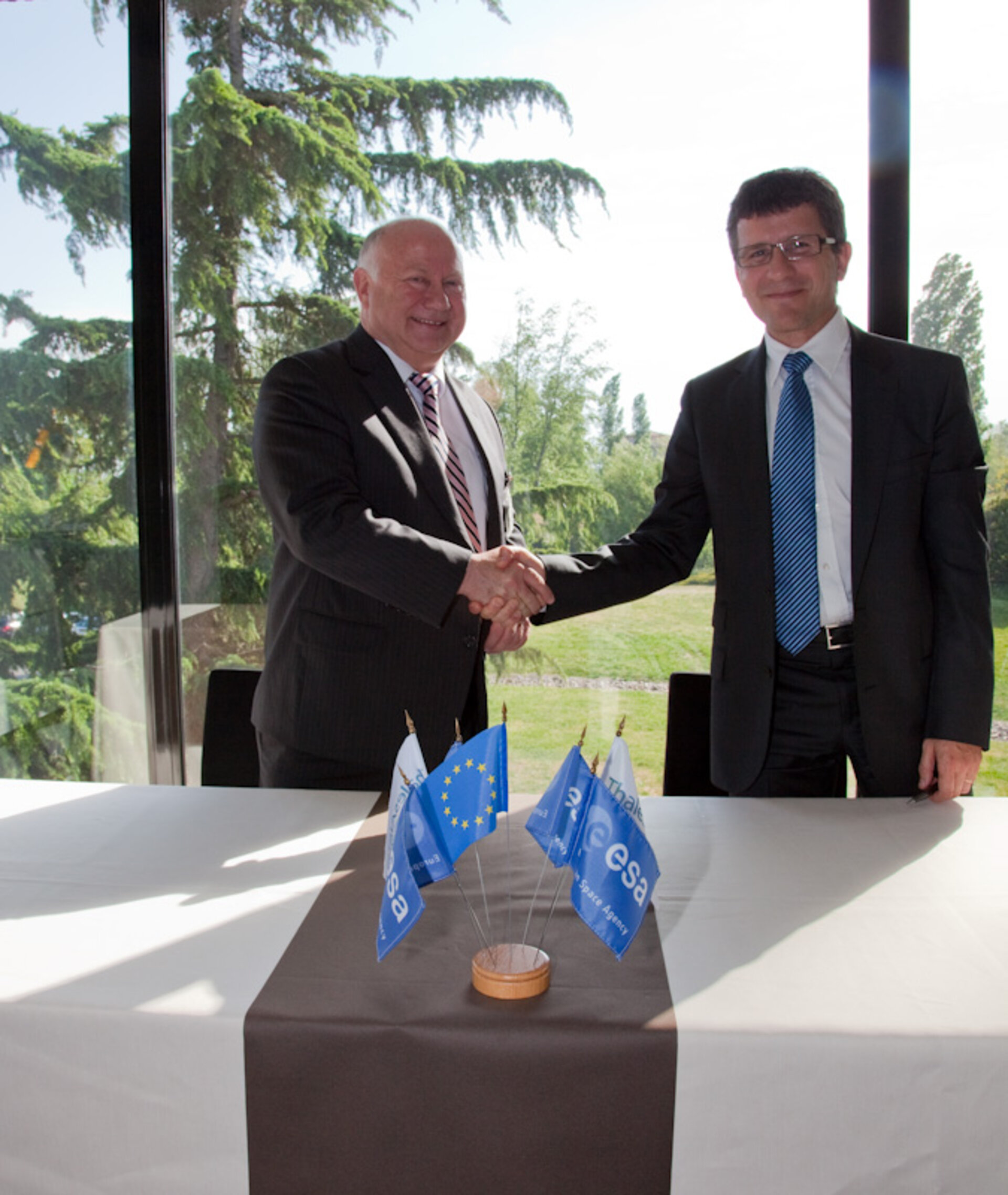 As the EGNOS satellite navigation system begins to be used for its primary purpose of guiding European aircraft, a new agreement will ensure the service remains available for a long time to come.

Acting on behalf of the European Commission (EC), ESA signed a framework contract on 20 April with Thales Alenia Space in France on the evolution of the European Geostationary Navigation Overlay System (EGNOS).

The signing came in response to needs expressed by the EC – the formal owner and programme manager of the system – as well as the consortium charged with overseeing EGNOS service provision, the European Satellite Service Provider (ESSP).

Using geostationary satellites and a network of ground stations, EGNOS sharpens the accuracy and guarantees the reliability of GPS signals across Europe.

The EGNOS Open Service for non-safety critical applications became operational in October 2009, and the EGNOS Safety-of-Life Service was declared available on 2 March this year for the safety-critical task of providing vertical guidance to aircraft on landing approach.

The system has been 15 years in the making, so the concern of the new contract is to ensure that EGNOS can continue to evolve as individual technical elements inevitably become obsolete.

The contract extends to the end of 2013, with the signing ordering a first slice of activities. This will allow the upgrading of critical subsystems reaching obsolescence, the incorporation of a new generation of operational transponders on geostationary satellites and the improvement in system performance.

EGNOS is the result of a tripartite agreement between ESA, the EC and Eurocontrol, the European Organisation for the Safety of Air Navigation.

As initial EGNOS programme manager, ESA designed, qualified and procured the system from a consortium led by Thales Alenia Space France. Overall programme management passed to the EC in 2009. The system's day-to-day running is overseen by the Toulouse-based ESSP.

ESA is now acting as the design and procurement agent on behalf of the EC for all major EGNOS system changes throughout its operational lifetime, as well as preparing for the the next-generation EGNOS, expected around 2020.