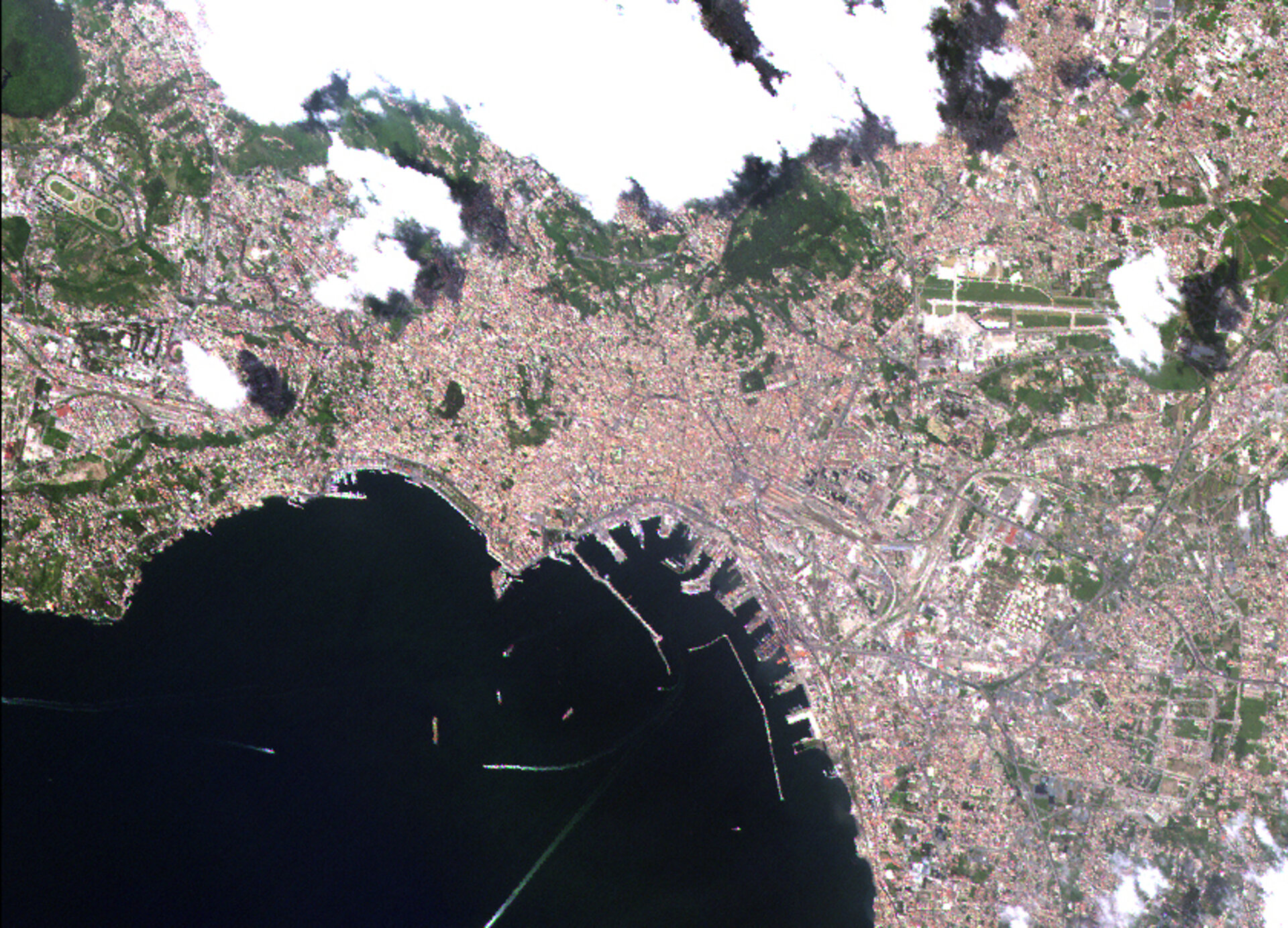 ESA has for the first time acquired and processed images sent by ALOS – Japan's four-tonne satellite dedicated to land-based Earth Observation – including views of Italy, The Netherlands and Norway.

ESA is supporting ALOS as a 'Third Party Mission', which means the agency is utilising its multi-mission ground segment of existing European facilities and expertise to acquire, process and distribute data from the satellite.

"We have received high-quality data from ALOS, and our team has worked extremely hard and done a great job acquiring and processing the images. We are very excited about the future data we will receive from ALOS and think they will be very beneficial to users," ESA’s Third Party Mission Manager Bianca Hoersch said.

ALOS captured the image of Naples, Italy, with its Advanced Visible and Near Infrared Radiometer type-2 (AVNIR-2), which is designed to chart land cover and vegetation in visible and near infrared spectral bands.

The images of The Netherlands and Norway were captured by the Phased Array type L-band Synthetic Aperture Radar (PALSAR) instrument – a microwave radar instrument that can acquire observations during both day and night and through any weather conditions.

The images were acquired on 28 April and 1 May 2006 at Kiruna Esrange and were processed at ESRIN, ESA’s Earth observation centre in Frascati, Italy.

In addition to these instruments, ALOS also carries the Panchromatic Remote-sensing Instrument of Stereo Mapping (PRISM), which can observe selected areas in three dimensions, down to a high 2.5-metre spatial resolution.

ALOS – delivered into a 700-kilometre polar orbit on 24 January 2006 from the Tanegashima Space Centre in Japan – is now in its nine-month Commissioning Phase.

Based on a cooperative agreement with the Japan Aerospace Exploration Agency (JAXA), ESA is hosting the ALOS European Data Node (ADEN), delivering near-real time and offline data to scientific and operational users across Europe and Africa. In order to deliver this, ESA has set up a Commissioning Phase Ground segment for ALOS with Kiruna Esrange, operated by the Swedish Space Corporation (SSC) as the downlink station.

Data from Kiruna is transferred electronically to ESRIN and is processed in a shared approach between ESRIN and the Neustrelitz Station, located in Germany, operated by the German Space Agency (DLR).

ESA will continue to test the ground segment chain from acquisition to archiving, processing and distribution with more regular downlinks scheduled to begin in late May. In addition to receiving data directly from ALOS, ESA will start to receive data offline from JAXA via media at the same time. The data volume is estimated to be around 200-250 Gigabytes daily, covering the ADEN zone.

When ALOS enters its Operational Phase, ESA will set up a larger ground segment with various acquisition stations and archives to provide optimal coverage over the ADEN zone. Operational ALOS data distribution from ESA will begin in November 2006.

An ESA Announcement of Opportunity for scientific use of ALOS data has already received 150 proposals, with 139 coming from ESA Member States, requesting a total of ALOS products along with 14 000 products from ESA’s ERS-2 and Envisat satellites as well as other Third Party Missions.

"Regular Category-1 data access – requested by scientists for further research projects – will be open at reproduction cost to the scientific and pre-operational user community for proposal submission from July," Hoersch said.

Operational and commercial users will be able to receive ALOS data via commercial distribution schemes. ALOS data will also be available for Global Monitoring for Environment and Security (GMES), the joint initiative by ESA and the European Union to develop an independent environmental monitoring capability for Europe.