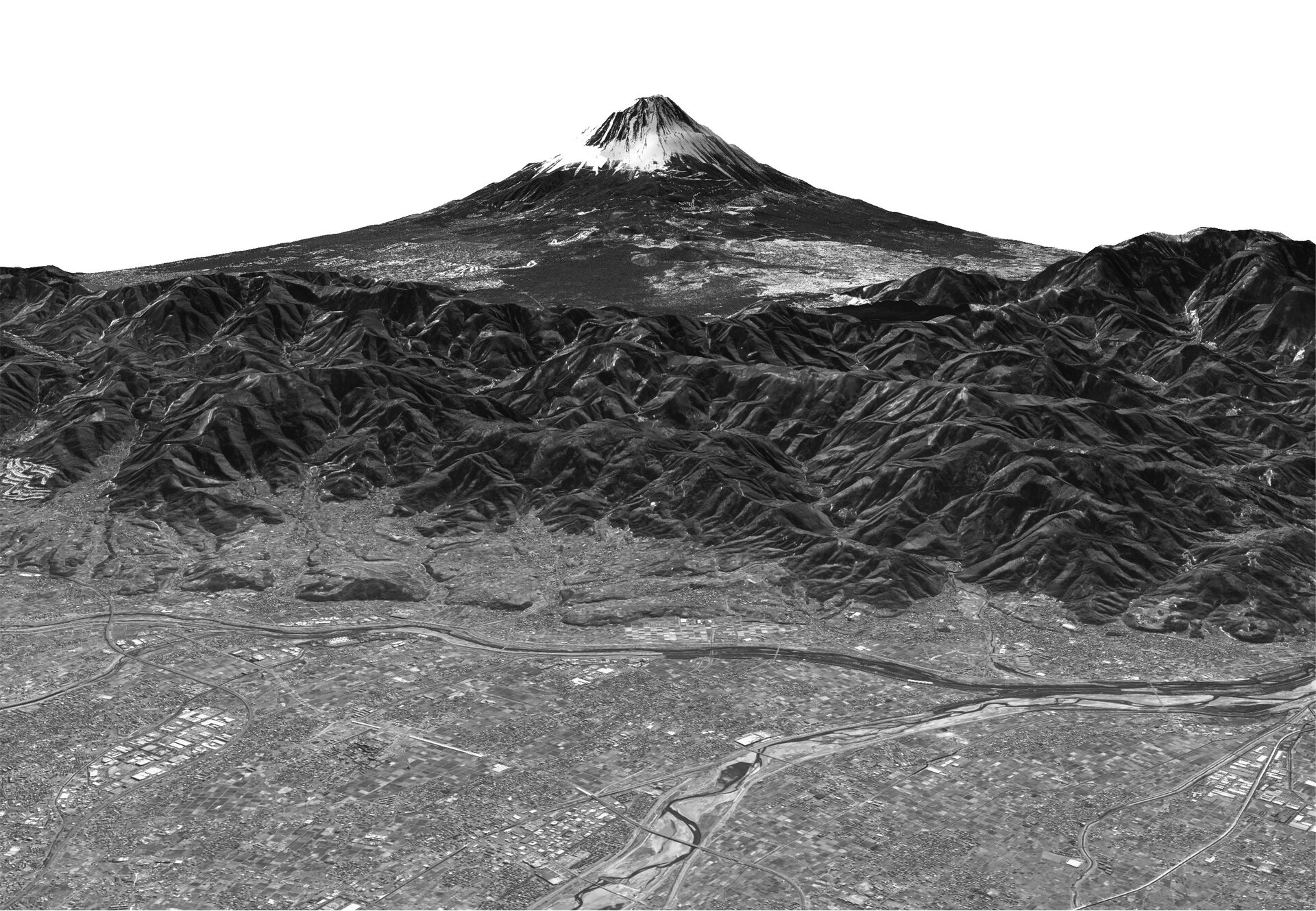 This image of Mt. Fuji is the first data to be acquired by Japan’s recently launched Advanced Land Observing Satellite (ALOS) on 24 January 2006. ESA is supporting ALOS as a 'Third Party Mission', which means the Agency will utilise its multi-mission ground systems of existing national and industrial facilities and expertise to acquire, process and distribute data from the satellite to users.

Mt. Fuji – Japan’s highest mountain (3 776 metres) – is a volcano that has been dormant since its last eruption in 1707. It is located near the Pacific coast and straddles the prefectures of Yamanashi and Shizuoka about 100 kilometres west of Tokyo.

Detailed streets and rivers in the Kofu Basin are visible in the front of the image, and Motosu Lake, one of five lakes making up the Fuji Five Lake region, is in the centre right. The Fuji-Subaru road, which leads to the top of the mountain from Motosu Lake, can also be seen.

Motosu Lake, featured on the 5000 Yen note, is the westernmost of the five lakes, all of which were formed by lava flows, and has a circumference of 13 kilometres. The other four lakes are: Kawaguchi Lake, Yamanaka Lake , Sai Lake and Shoji Lake.

Thousands of people ascend Mt. Fuji every year, usually during July and August (the official climbing season) when there is no snow. The mountain hike is divided into ten stations, with paved roads going to the fifth station (around 1400 to 2400 metres above sea level).

The image data was acquired as part of the initial functional verification test since the satellite's launch. One of ALOS’ three onboard instruments, the Panchromatic Remote-sensing Instrument for Stereo Mapping (PRISM), observed the mountain at 02:00 CET (10:30 Japan time) on 14 February 2006.

The PRISM is an optical sensor which has three independent optical systems for acquiring terrain and altitude data simultaneously, allowing for three-dimensional images with a high accuracy and frequency.

The other two instruments onboard ALOS are the Phased Array type L-band Synthetic Aperture Radar (PALSAR), a microwave radar instrument that can acquire observations through any weather conditions, and the Advanced Visible and Near Infrared Radiometer type-2 (AVNIR-2), designed to chart land cover and vegetation in visible and near-infrared spectral bands.