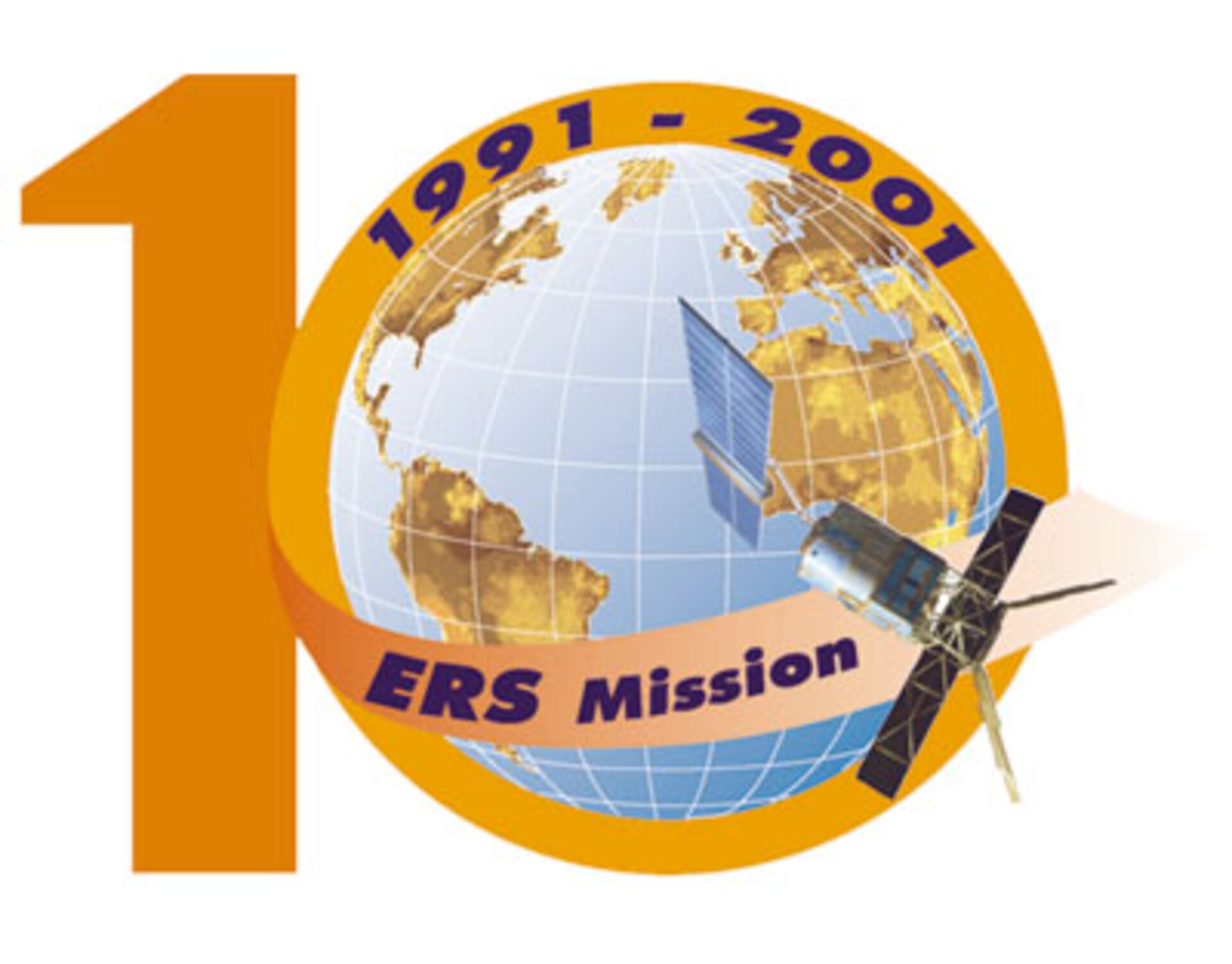 When ERS-1 was lofted into orbit by an Ariane-4 launcher on 17 July 1991, it carried the hopes of Europe's scientific community. For nerve-wracking minutes, those hopes looked as though they might be dashed when contact was lost with the craft as it rose into space. Hundreds of scientists and engineers breathed a collective sigh of relief when an Australian tracking station re-established communication.

Since then, ERS-1 and ERS-2 have provided a stream of data which has changed our view of the world on which we live: more than 3500 scientists have published over 30,000 scientific papers based on ERS data. The ERS programme has provided striking new insights into the shape of our planet, the chemistry of our atmosphere, the behaviour of our oceans, and the effects of mankind's activity on our environment.

The ERS programme went beyond its designers' imaginings on 20 April 1995, when ERS-1 was joined in orbit by its sister, ERS-2. "The most outstanding success of the ERS programme is the interferometry application and the later adaptation of the tandem mission for the two satellites," comments Prof Preben Gudmandsen, former Chairman of the European Association of Remote Sensing Laboratories. "This was something the fathers' of the satellite did not think of - the few that dared to contemplate it ruled it out, worried about the stability of the system and the techniques that would need to be applied to retrieve the data."

"The tandem mission became possible because ERS-1 lasted three times as long as its design lifetime," explains ESA's Reinhold Zobl, the ERS-1 Project Manager. "It was never expected, but the community of scientists and engineers working on the ERS mission soon developed an entirely new interferometry technique to take advantage of this new opportunity."

The tandem mission did not yield the only unexpected results. "Using ERS interferometry data covering periods following large earthquakes, we have learned that, after an earthquake, physical processes take place in the rocks adjacent to the fault, producing a regional stress readjustment over several years. These post-seismic processes produce small and slow surface shifts that have been observed for the first time using ERS, and these quantitative observations are essential to understand the physics of the Earth's crust," explains Gilles Peltzer, of CalTech's Jet Propulsion Laboratory.

Peltzer is clear about the new capabilities that ERS offered the seismology community: "ERS provided the first complete images of the surface deformation associated with geophysical processes. These images are spectacular and will remain the first ever produced," adds Peltzer.

Other scientists in different disciplines are equally impressed. "The ERS mission's most significant achievements to date are its detailed mapping of the marine geoid and seafloor topography, and the use of SAR interferometry to map deformations in the Earth's crust," says Dr Anny Cazenave, of France's CNES Laboratoire d'Etudes en Géophysique et Océanographie Spatiale.

According to Dr Per Knudsen and Dr Ole Andersen, of Denmark's KMS, "The ERS mission gave us altimetry data which enabled us to study the marine gravity field in very high detail and we were able to map the height of the entire ice sheet in Greenland - including the altitude of the centre, which had never been measured before."

"In atmospheric science, the ERS programme's most significant achievements have been the global measurement from space of minor trace gases responsible for ozone depletion, measurements of air pollution (trace gases in the troposphere) from space, and exploiting the possible synergy of different sensors on the same platform, which is an important lesson for Envisat," explains Ankie Pieters from KNMI, the Royal Dutch Meteorological Institite. "ERS showed us that it is possible to use global space measurements to support global change studies, leading to political decisions on international agreements and treaties, and changes in the behaviour of society - companies adopting green labelling, for example," Pieters adds.

ERS has not only made a major contribution to research. Data from ERS instruments is being used operationally in a number of applications. "ERS-SAR provided a unique data source, which enabled national organisations to prototype and validate the operational infrastructure for oil spill detection and sea ice mapping services. ERS SAR data was also important for establishing agreements with end users to demonstrate the capabilities, and these information services would not have the performance levels seen today without the benefit of ERS SAR," explains Jan-Petter Pedersen from Tromsoe Satellite Station.

"Another very important contribution of ERS was to make SAR data available to the science community on an unprecedented scale. ERS helped to build scientific acceptance of the use of SAR for Earth System monitoring." comments Professor Werner Alpers from the University of Hamburg.

Another major success of the ERS mission has been the operational use of data from the scatterometer, which measures the 'roughness' of the ocean surface, from which wind speed and direction can be calculated, and oil leaks detected. "In our wave forecasting service we use ERS SAR imagery to measure the spacing between wave packets. We can then forecast local properties at our customers'operations sites. Without the ERS SAR imagery, such measurements would be prohibitively costly," explains Hafedh Hajji of France's MeteoMer. Adrian Huntley, of Infoterra in the UK adds, "The ERS SAR archive offers a unique capability to distinguish genuine seepage slicks due to their persistence between acquisitions. This is a major factor in our service to the offshore oil and gas industry".

Experience with the ERS programme has shaped its successor, Envisat. But ERS also leaves a legacy of data still to be explored. "We've seen a pattern in the evolution of the science from the ERS mission," comments Professor Alpers. "Initial research has focussed on what you can do with the data, followed by validation of the use of data for deriving earth science measurements, and then analysis of earth system processes using the data.

The continuing contribution of the ERS mission will be the use of the archive as a 10 year snapshot of earth system parameters, such as land cover, ice cover, global sea surface temperature measurements for ocean warming and air-sea exchange, ocean variability records, and finally global wind fields and wind stress," Ankie Pieters adds. "Combining Envisat and ERS atmospheric measurements will give us a ten year data set of atmospheric constituents, which is the minimum timeframe necessary for long-term trend measurements."

"We're still getting new science from ERS data," comments Gudmandsen, "for example, we're beginning to be able to monitor subsidence and land movements of only a few millimetres using new techniques."

"The ERS mission has shown conclusively how valuable remote sensing data can be," concludes Alpers, "we can directly observe climate change and its effects, monitor changes in global forest cover through clouds, measure the variation of sea levels globally, track pollution in the atmosphere and the sea, observe global ocean currents, measure the true shape of the Earth and watch it changing - without ERS some of these things would have been impossible, and others would have needed hundreds of thousands of measurement stations."