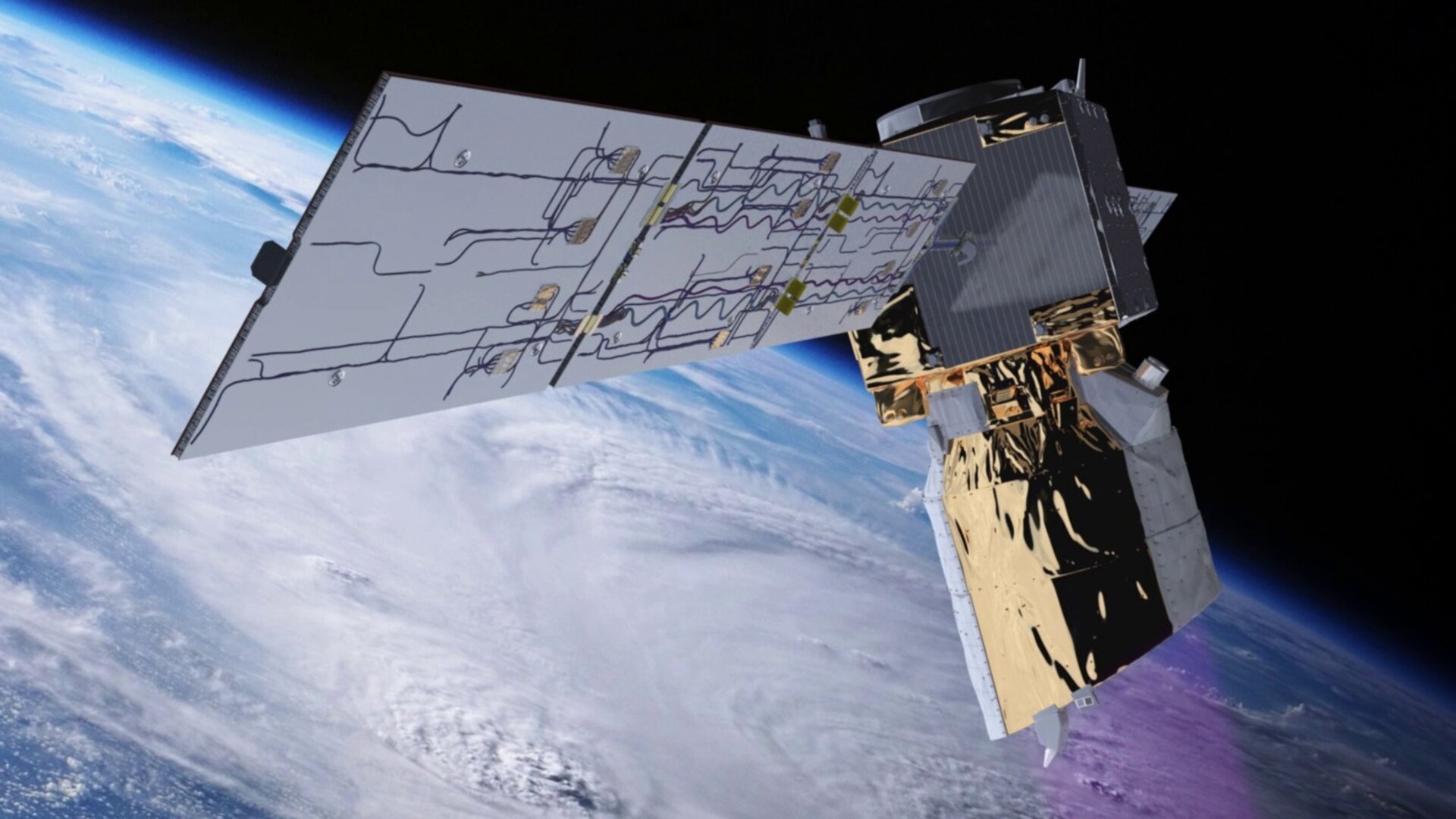 ESA’s next Earth Explorer mission, ADM-Aeolus, has taken another step on the road to launch as its laser transmitter comes through a rough ride on a shaker and exposure to punishing temperature extremes.

Named after Aeolus, who in Greek mythology was appointed as ‘keeper of the winds’ by the Gods, the Atmospheric Dynamics Mission is slated for launch next year.

This pioneering satellite will provide accurate and timely profiles of the world’s winds as well as information on aerosols and clouds. These profiles will not only advance our understanding of atmospheric dynamics, but will also offer much-needed information to improve weather forecasts.

In order to do this, the satellite will carry some of the most challenging technology ever put into orbit: a novel Doppler wind lidar called Aladin – a powerful laser, a large telescope and very sensitive receivers.

The laser generates high-energy UV light beamed at Earth. The telescope collects the light that is backscattered from air molecules, particles of dust and droplets of water in the atmosphere. By comparing the Doppler shift in the frequency between the transmitted light and the received light, the speeds of the wind below the satellite’s path can be gained.

Led by Selex ES in Italy, the development of the laser transmitter has been a very long and complex undertaking involving ground-breaking technologies in areas such as optics and precision mechanics.

Vibration and temperature tests on the transmitter have shown that it has all been worthwhile.

These latest tests included exposing the transmitter to vibrations to simulate the rigours of launch. For over five weeks, it was continuously put through its paces in conditions that simulate the extreme temperature swings and pressure it will experience in space.

Paolo Mosciarello, a thermomechanical engineer at Selex ES, explained, “Although we carried out some ‘confidence tests’ with a model, we only got the real proof of its optomechanical design once we switched it on after its rough ride on the shaker.”

Selex ES team leader, Alessia Mondello, added, “More than 80 optical assemblies had to be aligned with microprecision and secured by numerous tiny screws torqued very exactly. I am very proud of my team and we now have evidence of perfect workmanship.”

A second laser transmitter, to be used as a spare in the instrument, is being completed and will be tested for acceptance in the coming months.

In the meantime, the first will be shipped to Airbus Defence & Space in Toulouse, France, where it will join the Aladin instrument.

Airbus Defence & Space’s Aladin integration manager, Jean-Claude Barthes, noted, “We now have a very busy time in front of us. We will be installing and aligning the lasers in the instrument and carrying out all the end-to-end electrical, functional and performance tests before delivering the complete Aladin to our colleagues in the UK.

“They will then integrate it into the satellite before final testing and preparation for launch.”

In parallel, another critical laser component, the ‘Q-switch’ is being tested at the ESA Technical Centre in the Netherlands. This switch acts as a gate through which the laser energy is released. In orbit, there is an unavoidable discharge of low-pressure oxygen and while this does not affect the transmission of UV pulses, it could potentially affect the lifetime of the switch.

Giulio Simonelli, responsible for these tests, said, “The setup has to be very representative of the Q-switch operating conditions in the real laser.

“At the same time, we have to operate high-voltage power supplies safely while detecting and characterising very tiny discharge phenomena.”

ESA’s Aeolus project manager, Anders Elfving, added, “Nobody ever said that developing new technology was easy, and Aladin has certainly demonstrated this.

“Thanks to the dedication of all those involved, the most challenging times are behind us and we now look forward to the last stages of getting Aeolus ready for launch.”