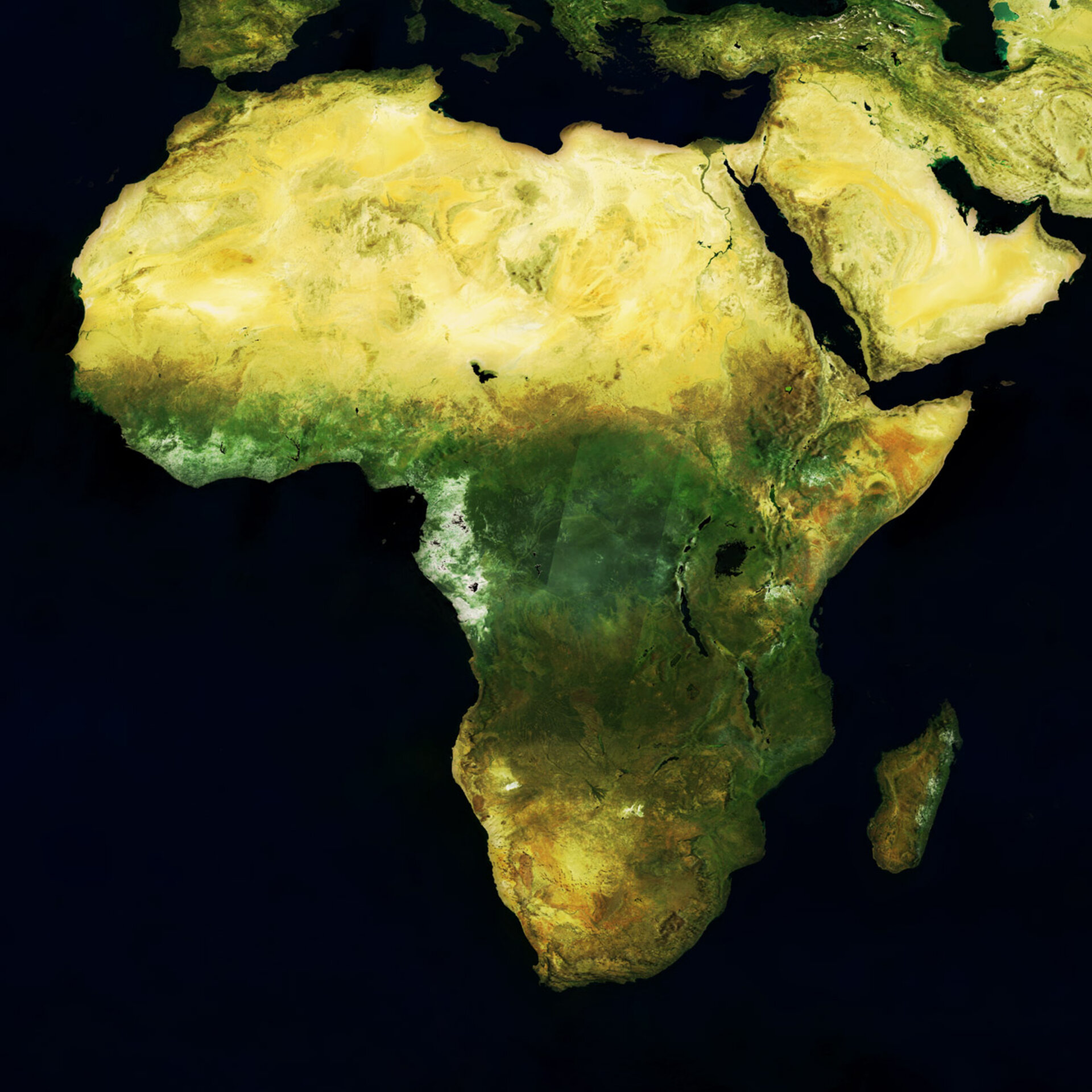 The ‘Lisbon Declaration on GMES and Africa’ has been adopted at a meeting of organisations and governmental European and African bodies and entities under the aegis of the Portuguese Presidency of the Council of the European Union in Lisbon, Portugal.

The Lisbon Declaration falls under the wider framework of the Africa-European Union (EU) Partnership on Science, Information Society and Space of the Africa-EU Action Plan 2008 to 2010. It calls for the first draft of an action plan for establishing the partnership between GMES and Africa to be submitted to EU and African constituencies by the end of 2008.

The European Commission (EC) and the Commission of the African Union will then lead a consolidation process aimed at submitting the action plan for endorsement at the next EU-Africa Summit foreseen for the end of 2009.

GMES (Global Monitoring for Environment and Security) is a European Union-led initiative in partnership with ESA to combine ground- and space-based observations to develop an integrated environmental monitoring capability. ESA’s role within GMES is to implement the dedicated GMES space component, which involves developing the five Sentinel satellites, and to coordinate contributions from Member States, EUMETSAT (European Organisation for the Exploitation of Meteorological Satellites) and other mission operators.

Opening the 7 December ceremony, ‘Space for Development: the case for GMES and Africa,’ Dr Volker Liebig, Director of ESA’s Earth Observation Programme, said: "Africa is relevant for Europe, and space is relevant for Africa."

"Sustainable development is top on the agenda of the international community, and it is impossible to address this challenge without space assets. The ESA strategy for Africa is therefore the result of a natural evolution of cooperation in the context of the global concerns we face today."

Cooperation between Africa and Europe is not a novelty for ESA. "What topic is better suited to reflect the challenges of Africa and the world in the coming century than the blue gold: water," Liebig said. "Water scarcity is the root for harsh living conditions for millions of individuals as it is the root for political conflicts. ESA is answering the challenge of water management in Africa with the TIGER initiative."

ESA launched the TIGER Initiative in 2002 following the World Summit on Sustainable Development in Johannesburg. The initiative’s primary objective is to help African countries overcome problems faced in the collection, analysis and dissemination of water-related geo-information by exploiting EO technology. Since then, TIGER has involved more than 150 African organisations investigating the various stages of the water cycle in some 15 projects across the African continent.

In his address, Liebig stressed the experience gained through past cooperation with TIGER, highlighted some major environmental problems facing Africa, such as water scarcity, desertification, loss of biodiversity and food security, and underscored the importance of African participation in order to make the initiative a success.

"Africa will need to focus their user requirements," Liebig said. "The central sentence of the ‘Maputo Declaration’, which calls for the EU to plan an extension of its GMES European initiative to Africa, refers to two actors: the EU to make data and tools available, and the African countries to implement policies for sustainable development in an operational way."

The meeting was preceded by a technical workshop held on 6 December by the EC, ESA and EUMETSAT. The aim of the workshop was to bring African, European and international users and organisations together in order to prepare the technical groundwork for today’s meeting.

GMES is being developed in steps through the introduction of pilot phase services, starting with three fast track services (land, marine, emergency) by the end of 2008. Eleven initial services, which could be successively deployed to support a wide range of needs, have already been identified.