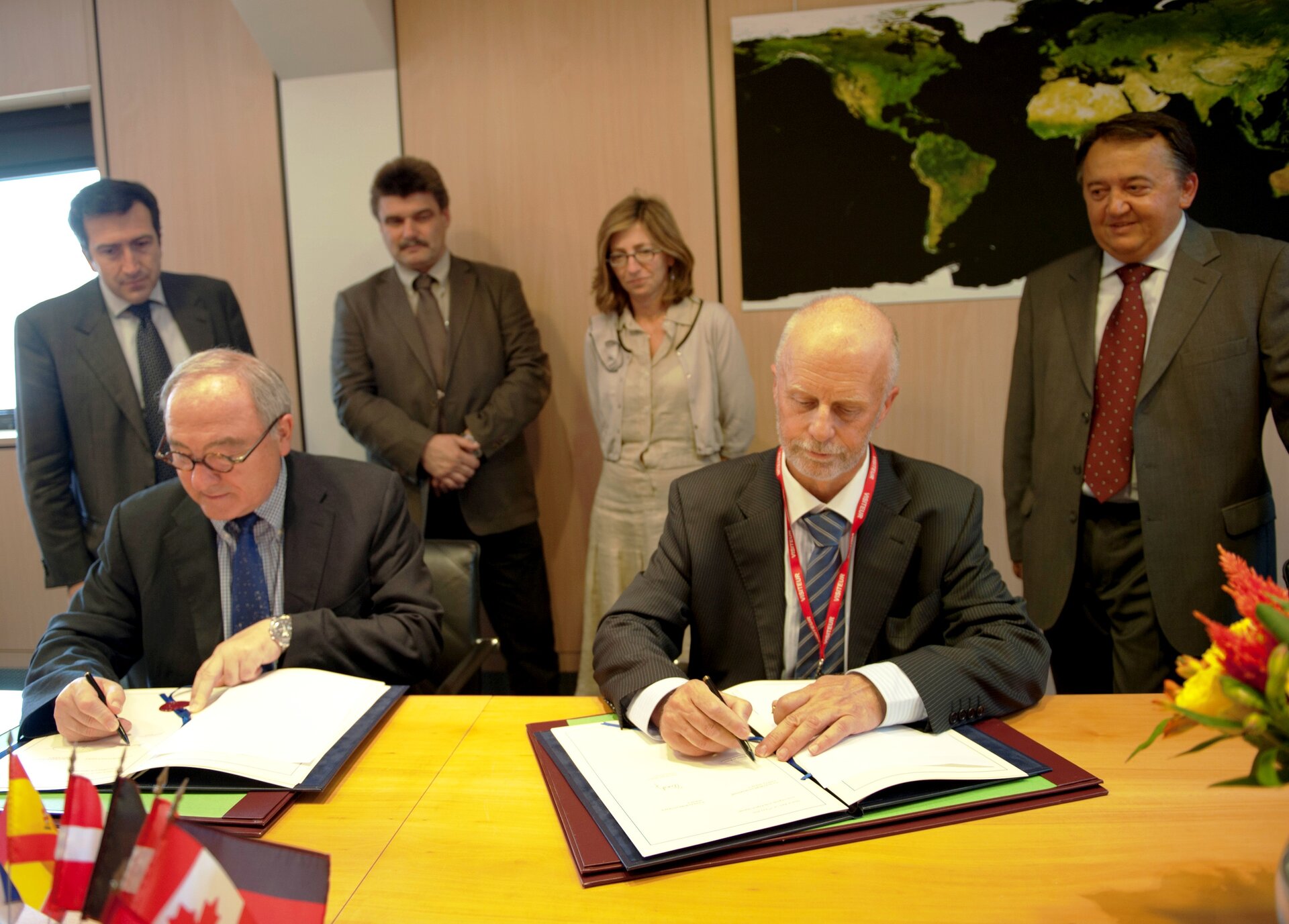 ESA and the European Maritime Safety Agency have signed a further Agreement to ensure that satellite data are available to enhance maritime safety and help combat pollution from shipping.

The Agreement was signed at ESA Headquarters in Paris on 2 July by ESA's Director General, Jean-Jacques Dordain, and the Executive Director of the European Maritime Safety Agency (EMSA), Willem de Ruiter. This Agreement, which covers cooperation between the two agencies for the use of space-based systems and data in support of maritime activities, follows an earlier Agreement that expired in March this year.

The signing of the new Agreement further strengthens collaboration between ESA and EMSA for the development and use of space-based technologies with respect to keeping European seas safe.

The role of EMSA is to contribute to the enhancement of the overall maritime safety system within the European Union and support the implementation of European policy in the field of maritime safety and security. As such, one of its goals is to reduce the risk of marine pollution and to assist Member States in tracing illegal discharges at sea using satellite monitoring.

As EMSA is a key user of satellite data, ESA takes into account their requirements, both in establishing mission requirements for future operational satellite missions and instruments such as those being developed for the Global Monitoring for Environment and Security (GMES) initiative, and in establishing exploitation plans for data of current and future missions.

ESA is also responsible for advising EMSA as to data available from its missions and from satellites operated by third parties for which ESA is granted rights of distribution.

While maritime transport is of fundamental importance to the world's economy, the devastation that can result from oil spills at sea is all too obvious – as the spill in the Gulf of Mexico currently demonstrates.

The availability of satellite data in near-real time, particularly from radar such as the Advance Synthetic Aperture Radar on Envisat and in the future from the GMES Sentinel-1, is an essential way of monitoring such events. They provide wide area coverage and have the capability to detect oil slicks on the sea surface both in daylight and darkness, and through clouds.

This Agreement between ESA and EMSA and the resulting services takes significant steps in keeping European seas clean and safe.