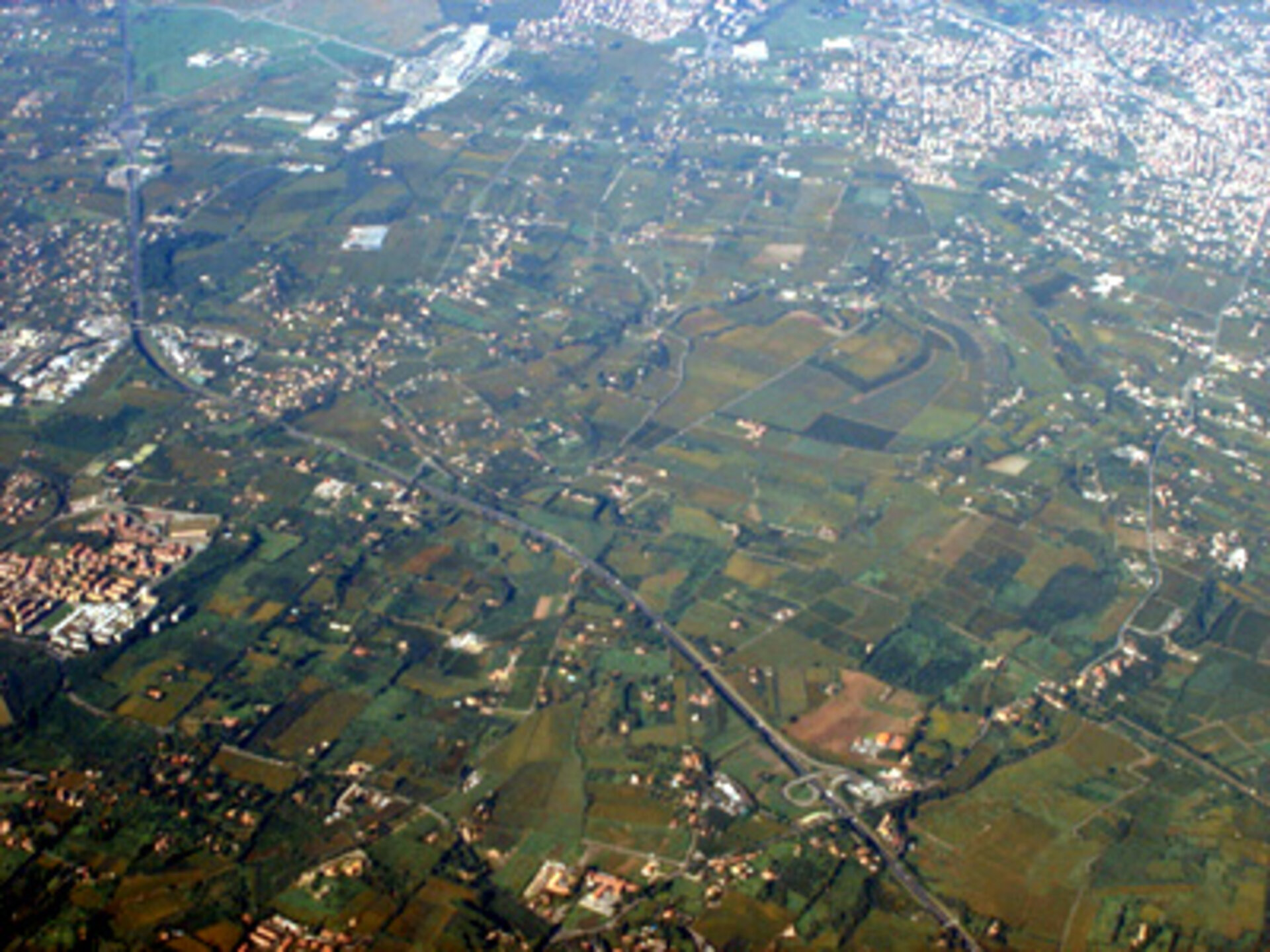 The slopes of Frascati overlooking Rome boast rich, volcanic soils: wine has been produced there since time immemorial. However the latest vine crop should go down in history as the single best documented harvest ever.

Part of Frascati's Controlled Origin Denomination – 'Denominazione d'Origine Controllata' or DOC in Italian, a wine's legally demarcated home region - was surveyed in ultra-sharp detail using an airborne radar sensor both before then after last October's harvest. This two-stage ESA campaign was called BACCHUS-DOC, and was intended to complement a number of radar and optical satellite acquisitions by ERS-2, SPOT, Landsat, IKONOS and QuickBird.

Following processing of raw data, the results are now under study by a team from ESRIN, ESA's European Centre for Earth Observation located within the area of study, and the nearby Tor Vergata University. In particular they are investigating to what extent the BACCHUS-DOC airborne and satellite radar imagery is sensitive to vineyard surfaces and the change in biomass following the grape harvest.

"We have been demonstrating the potential use of satellite radar imagery from ERS and Envisat for correlating the radar signal with the vineyard biomass, and in particular the 'grape biomass'," said Luigi Fusco of ESRIN. "The early results – applying detailed geographical information gathered on the area during previous projects – have shown that this correlation exists, and this detailed analysis is proving worthwhile."

BACCHUS-DOC was overseen by ESA's dedicated Campaigns Unit, with the participation of the German Aerospace Center (DLR) and Rome's Tor Vergata University, whose personnel carried out accompanying ground measurements. The Campaigns Unit and Bacchus team selected a 24.5 square kilometre area of interest – with orientation fitting the orbit and radar look direction of ERS-2 at that time.

For their part in the campaign, DLR operated their Experimental Synthetic Aperture Radar (E-SAR), flown on their customised Dornier-228 flown out of nearby Ciampino Airport. The E-SAR has a maximum spatial resolution of four metres and operates at five different radar signal wavelengths with selectable polarisations, a means of increasing signal sensitivity to different environmental variables. Such a performance is superior to the current generation of radar satellite sensors but presents a way to simulate the results available from future space-based instruments.

The initial E-SAR flight took place on October 5, followed up on 25 October. In the meantime the harvest took place. Highly radar-visible corner reflectors were placed at places within the area of interest to act as reference points. The precise aircraft route was tracked using GPS backed up by an onboard inertial navigation system (INS).

"The SAR image acquisitions were accompanied by contemporary ground measurements on the vineyards," explained Prof. Domenico Solimini of the Tor Vergata University. "An extensive survey identified the general conditions of vegetation and of the terrain in a wide area of the Frascati wine production zone."

"Intensive measurements were carried out on parcels imaged at two different incidence angles. The collected ground truth included several parameters of rows, terrain and plants, and, in particular, dimensions of leaves and grapes and their spatial distribution," continued Prof. Solimini.

"For the second overflight when the grapes had been harvested, the parameters of stable structures were the same, so only the variable elements were monitored, such as leaves, weeds, roughness and moisture of the terrain."

The main scientific objective of BACCHUS-DOC was to investigate the sensitivity of polarimetic radar in measuring grape biomass, as well as additional useful parameters for inventorying and characterising vineyards such as vine rows, spacing and orientation, and vineyard borders. The potential to estimate local soil roughness and moisture is also being assessed.

Frascati was selected for the BACCHUS-DOC campaign because a dedicated geographic information system (GIS) has been constructed for this DOC area as part of a European Commission-funded project called Bacchus, aimed at applying Earth Observation and GIS technology to improve European wine quality. Bacchus is now complete, but a follow-on project called DiVino is extending the capabilities of the Frascati GIS.

For centuries Europe has been one of the world's great wine producing regions, although cultivation practices are often inconsistent and expensive. With global competition growing, the hope is to develop information tools that combine aerial and satellite imagery with GIS technology in support of vineyard management and improving wine quality.

The part-EC-funded DiVino research consortium is made up of public and private bodies from four wine producing countries – Italy, France, Spain and Portugal – with participants covering different aspects of vine cultivation and marketing. Within Italy the participants include the Frascati DOC consortium, which represents some 700 local grape producers and wine makers.

A trial GIS has been released to the consortium for testing, with a formal presentation of results to the Frascati Community Council taking place soon, and a public workshop taking place in early March.