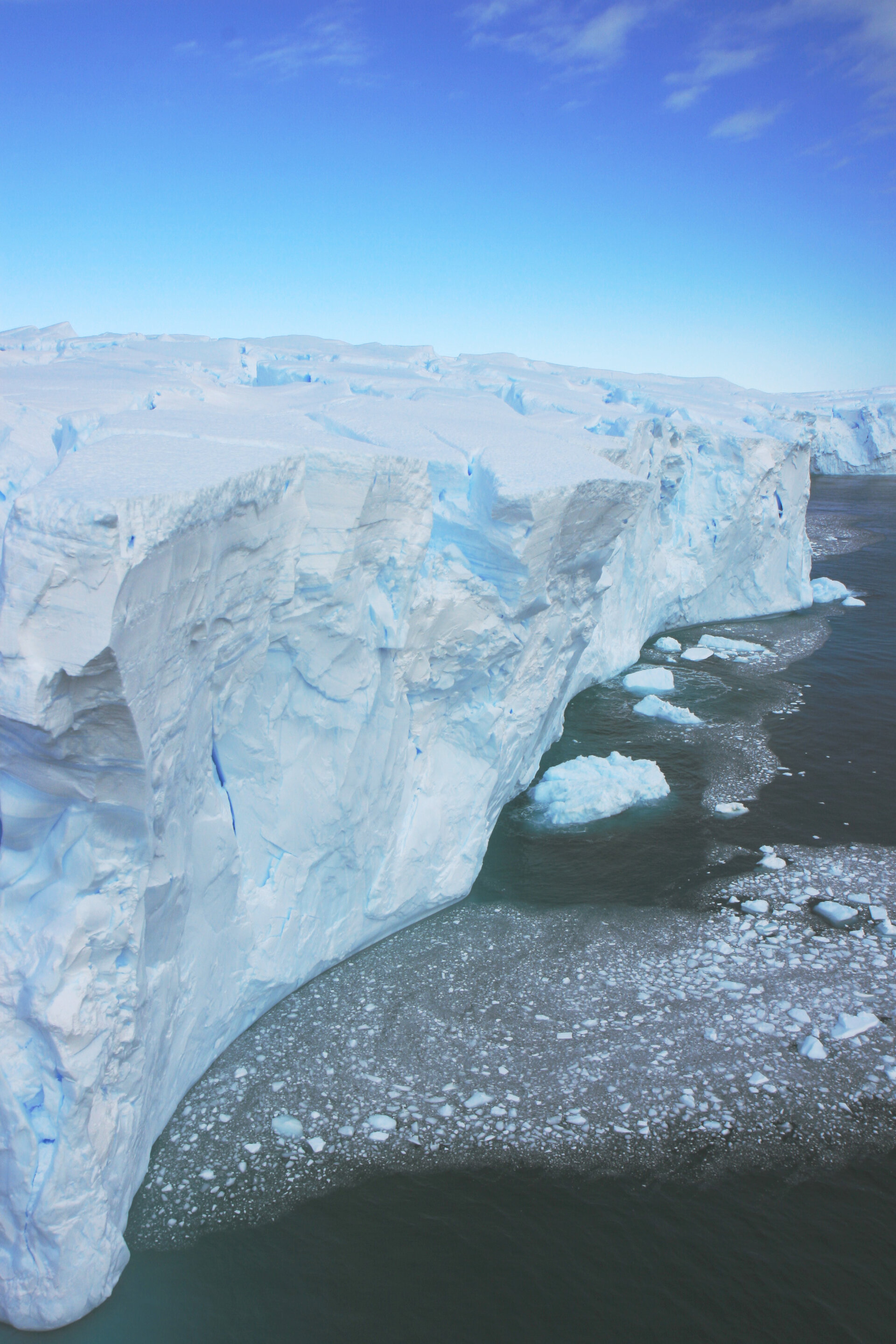 Antarctica is surrounded by huge ice shelves. New research, using ice velocity data from satellites such as ESA’s heritage Envisat, has revealed that there is a critical point where these shelves act as a safety band, holding back the ice that flows towards the sea. If lost, it could be the point of no return.

These floating ice shelves can be enormous. For example, the largest, the Ross Ice Shelf, is about the area of Spain and towers hundreds of metres above the waterline.

Over the past 20 years, many of Antarctica’s northernmost ice shelves have thinned and in some cases even disappeared as large icebergs calve from the fronts.

For example, in 1995 the Larsen A Ice Shelf collapsed discarding an area of ice the size of Berlin, seven years later the larger Larsen B Ice Shelf broke apart, and in 2008 the Wilkins Ice Shelf started disintegrating.

Since ice shelves are connected to the glaciers and ice streams on the mainland, they play an important role in ‘buttressing’ the ice as it creeps seaward, effectively slowing down the flow.

If an ice shelf is lost, the flow of glaciers behind can speed up, contributing to sea-level rise.

Almost immediately after Larsen B broke up in 2002, tributary glaciers were observed to flow up to eight times faster. As a result of the loss of this one ice shelf, the subsequent ice discharged to the sea reached about 5% of Greenland’s total ice loss at the time.

Larsen B was a fairly typically-sized Antarctic ice shelf. There are at least 50 other shelves fringing the continent – some of which are much bigger than Larsen B.

Scientists from the University of Erlangen-Nuremberg Institute of Geography and from the Laboratoire de Glaciologie et Géophysique de l'Environnement in Grenoble, France, used radar data from satellites such as ESA’s ERS and Envisat with observations of ice thickness from airborne surveys in a complex model to demonstrate, for the first time, how the buttressing role of the ice shelves is being compromised as the shelves thin and retreat inland.

Their findings were published today in Nature Climate Change.

It transpires that about 13% of the total ice-shelf area contains what is called ‘passive shelf ice’. This is the part of the floating ice body that provides no additional buttressing – so if lost there wouldn’t be an instant increase in glacial velocity.

However, behind this – there is an area of ice called the ‘safety band’, which is the most critical portion of the ice shelf restraining the ice flow.

Dr Johannes Fürst, from the University of Erlangen-Nuremberg’s Institute of Geography explained, “For some decades now satellite remote-sensing has allowed us to track changes and movement of Antarctic ice fronts. In some regions we have seen continuous ice-shelf recession.

“Once ice loss through the calving of icebergs goes beyond the passive shelf ice and cuts into the safety band, ice flow towards the ocean will accelerate, which might well entail an elevated contribution to sea-level rise for decades and centuries to come.”

However, there are some contrasting results across the continent as not all ice shelves have this passive ice.

Dr Fürst added, “The Amundsen and Bellingshausen seas have limited or almost no passive ice shelf, which implies that further retreat of current ice-shelf fronts will have serious dynamic consequences.

“This region is particularly vulnerable as ice shelves have already been thinning at high rates for two decades. In contrast to these ice shelves, the Larsen C ice shelf in the Weddell Sea exhibits a large passive frontal area, suggesting that the imminent calving of a vast tabular iceberg will be unlikely to instantly produce much dynamic change.”

This discovery will help improve the prediction of future ice outflow from Antarctica – the future fate of the ice sheet under a warming climate is clearly tied dynamically to changes of the floating ice shelves.