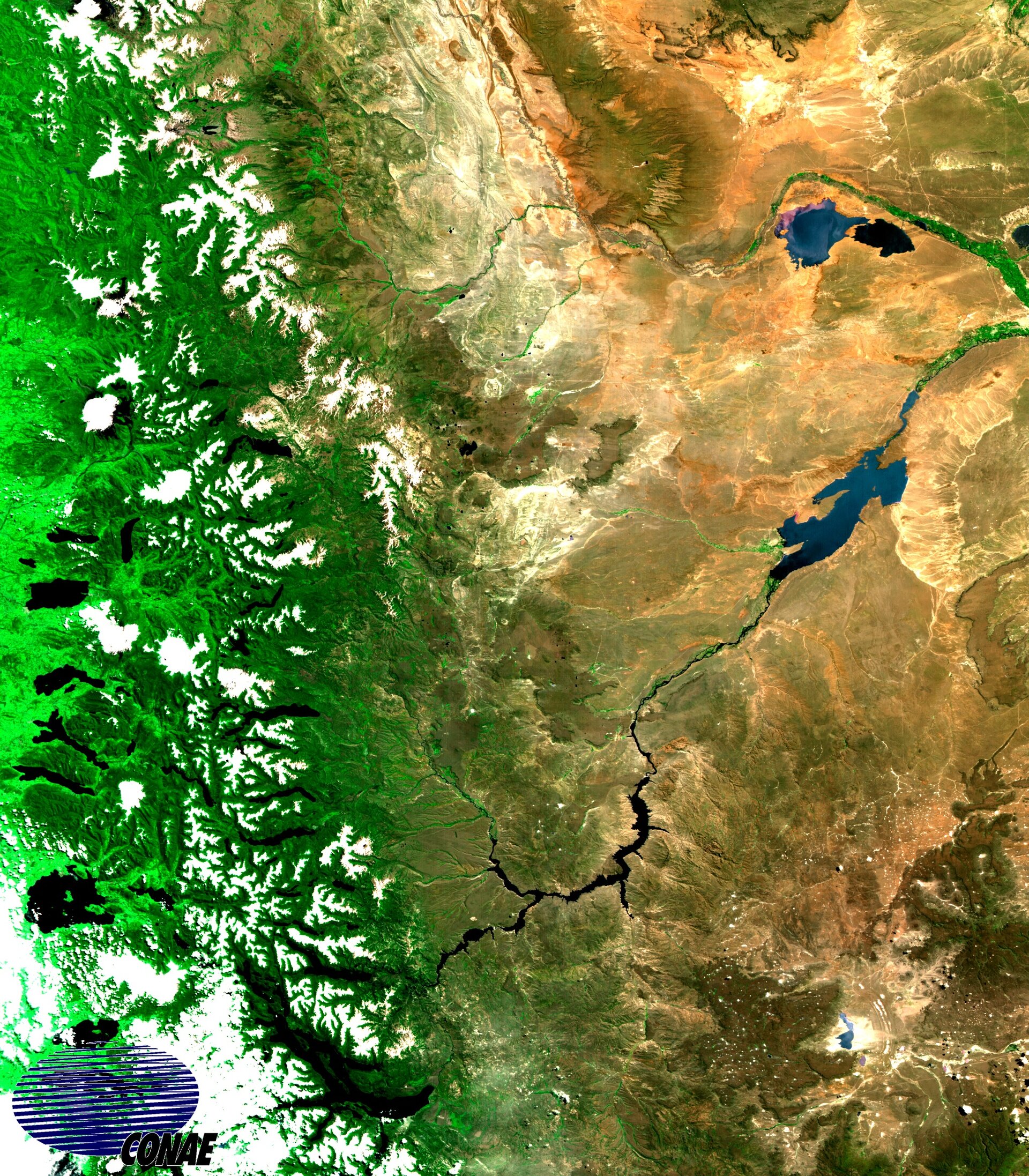 Today the International Charter on Space and Major Disasters gained a major new signatory in a ceremony at ESA Headquarters in Paris.

Rafael Bielsa, Minister of Foreign Affairs of the Republic of Argentina and Chairman of the Board overseeing Argentina's Comisión Nacional de Actividades Espaciales (CONAE) signed up to the Charter in the presence of ESA Director General Jean-Jacques Dordain, ESA Director of Earth Observation José Achache and CNES Director of International Relations Serge Plattard.

The Charter is the expression of a joint effort of global space agencies to put space technologies at the disposal of rescue authorities in the event of major disasters. This help is given by providing space-acquired data and associated information and services to civil protection agencies worldwide.

Intended as a way of letting citizens of the globe benefit from space, the Charter started life at the Third United Nations Conference on the Exploration and Peaceful Uses of Outer Space (UNISPACE III) in Vienna in 1999. The original members of the Charter were the European Space Agency, France's Centre National d'Etudes Spatiales (CNES) and the Canadian Space Agency (CSA), later joined by the Indian Space Research Organisation (ISRO) and the US National Oceanic and Atmospheric Administration (NOAA).

To date the Charter has been activated more than 30 times since November 2000 to deal with floods, landslides, volcanic eruptions, oil spills and earthquakes across the world. As quality and response times improve – currently standing at between 38 and 48 hours – space data is proving more and more effective in helping disaster management.

CONAE's addition to the Charter represents an important addition to the only operational service making co-ordinated use of multiple Earth Observation satellites, bringing the South American region within the scope of the Charter for the first time. CONAE can also provide a direct relationship with the Argentinean civil protection agency as well as sister agencies across the continent.

And Argentinean spacecraft SAC-C will join the ranks of European satellites ERS-2 and Envisat, the French SPOT series, Canadian satellite RADARSAT-1, US NOAA and Indian IRS spacecraft placed at the disposal of the Charter. Launched into polar orbit in 2000, SAC-C's instrumentation includes a multispectral imaging camera for use on both land and oceans as well as a sensor designed to monitor the weather by tracking how GPS signals propagate through the atmosphere.

Today's signature by Foreign Minister Bielsa represents a significant step in widening coverage, awareness and recognition of the Charter, and in turn demonstrating the potential of space technology to have a positive impact on the lives of people worldwide.